VATICAN CITY (CNS) – Saying he did not want to rush the process of discerning how the Holy Spirit is calling the Church to grow in “synodality,” Pope Francis announced that the next assembly of the Synod of Bishops would take place in two sessions.

The synod assembly, with mostly bishops as voting members, will meet from Oct. 4-29, 2023, as previously announced, the pope said, but the assembly will have a second session in October of 2024 as well.

Pope Francis made the announcement on Oct. 16 at the end of his Angelus address. He had met on Oct. 14 with the synod leadership. 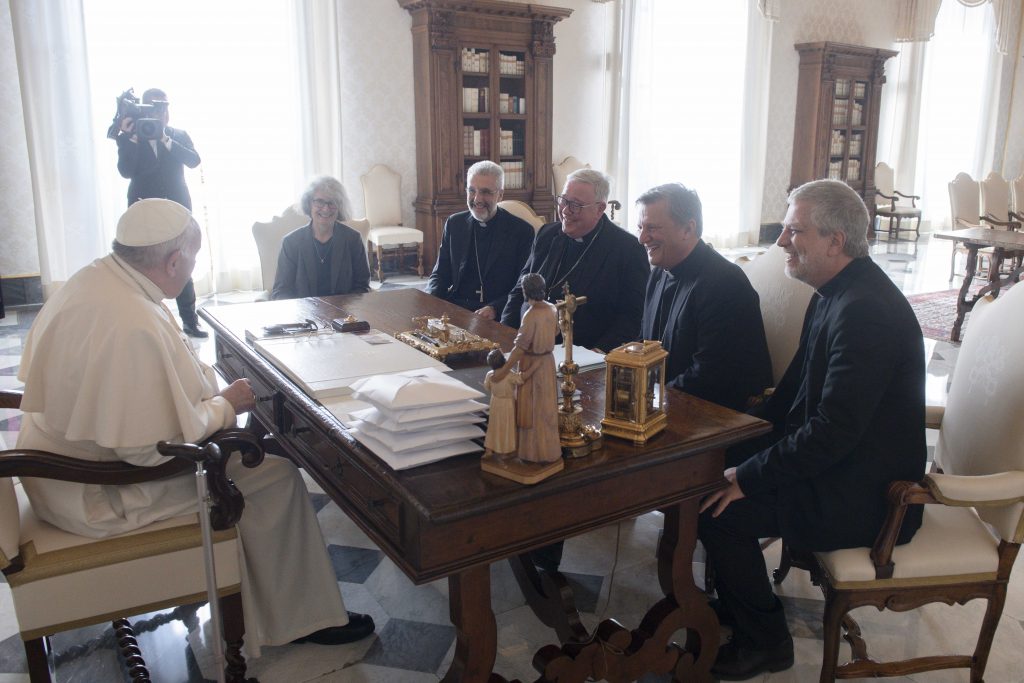 The pope and local bishops kicked off the listening and discernment process for the “synod on synodality” in October of 2021, and by November, the synod secretariat is expected to release a working document for continental assemblies.

Pope Francis said that “the fruits of the synodal process underway are many, but so that they might come to full maturity, it is necessary not to be in a rush.”

“To have a more relaxed period of discernment,” the pope announced, “I have established that this synodal assembly will take place in two sessions” rather than the one originally planned.

“I trust that this decision will promote the understanding of synodality as a constitutive
dimension of the Church and help everyone to live it as the journey of brothers and sisters who proclaim the joy of the Gospel,” Pope Francis told thousands of people gathered in St. Peter’s Square for the Sunday Angelus prayer.

The website of the synod secretariat describes synodality as a style seen in the Church’s life and mission that reflects its nature as “the people of God journeying together and gathering in assembly, summoned by the Lord Jesus in the power of the Holy Spirit to proclaim the Gospel.”

While it does not imply everyone has a vote on issues facing the Church, it does mean that all the members of the Church – ordained or lay – have a responsibility to contribute to the Church’s mission and to pray, offer suggestions, and join in discerning the voice of the Holy Spirit.

A statement from the synod secretariat from Oct. 16 said Pope Francis’ decision to add a second assembly “stems from the desire that the theme of a ‘synodal Church,’ because of its breadth and importance, might be the subject of prolonged discernment not only by the members of the synodal assembly, but by the whole Church.” 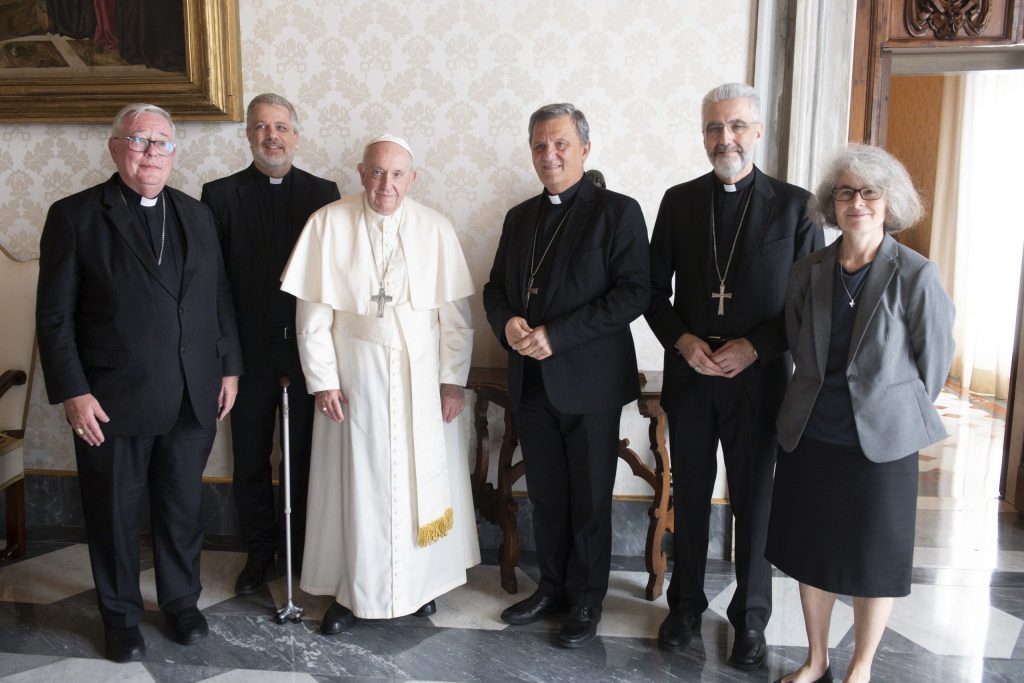 Although it did not feature the same widespread, grassroots listening sessions, the deliberations of the Synod of Bishops on challenges and joys facing families also met in two sessions. First, Pope Francis convoked in 2014 an “extraordinary general assembly” on “the pastoral challenges of the family in the context of evangelization.” Then, using the 2014 gathering’s final report as an outline, the ordinary general assembly of the Synod of Bishops met in 2015 to look at “the vocation and mission of the family in the Church and contemporary world.”

Cardinal Lorenzo Baldisseri, then Secretary-General of the synod, wrote to bishops’ conferences at the time, explaining that, “the two synodal assemblies, sharing the same topic of the family, become part of a single synodal process, which includes not only the two celebrative phases but also the intervening time, between synods, a time to reflect on the reaction to the first synod and to make a thorough theological examination of the Church’s pastoral activity in light of the succeeding one.”