St. Andrew Church, a historical fixture on Fort Wayne’s east side for over 100 years, has not functioned as a parish church since 2003 and currently stands in need of significant repairs. Originally built in 1911 to serve the local German- and English-speaking Catholic communities, it is now primarily home to the cloistered Poor Sisters of St. Clare, who live in the adjoining former rectory.

While an impressive Gothic-style structure, the cost of needed repairs and maintenance to the church currently exceed $2 million, a heavy financial burden for the diocese since there is no parish community means of support. For this reason, though quite regrettably, Bishop Kevin C. Rhoades announced last fall his decision to have the church torn down. 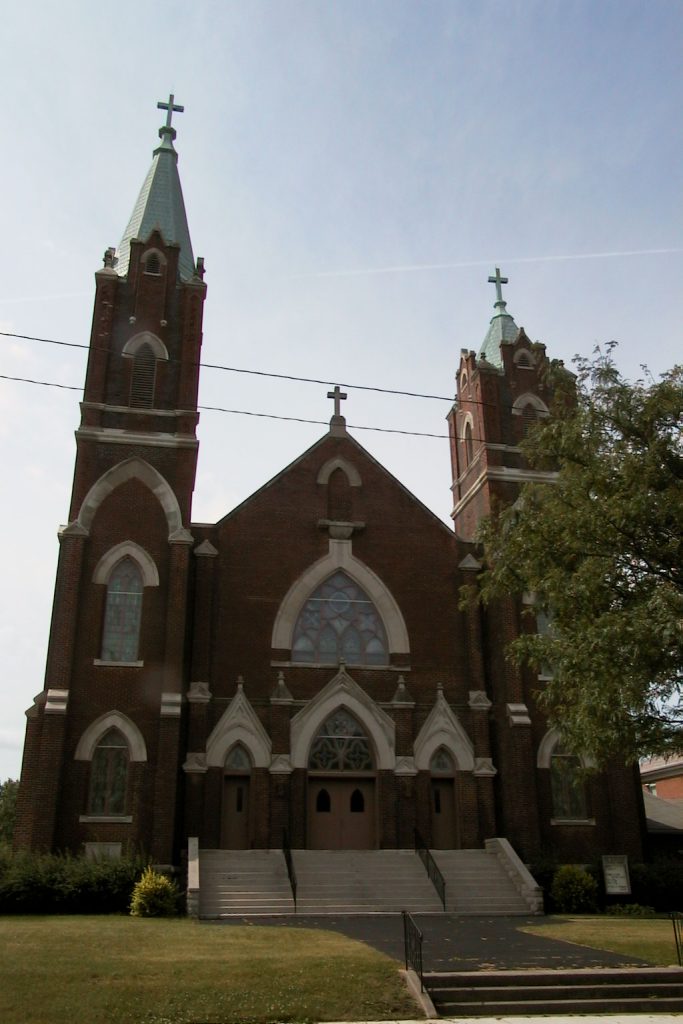 Although a parish community has not been present at St. Andrew for more than a decade, it remains a treasured memory to former members and those who attended St. Andrew grade school. In 2010 some life returned when the Franciscan Friars Minor moved into the former convent and held daily Masses in the church, which the public was able to attend during the week. While it remained in use, and even saw full attendance on occasion, offertory collections were not usually taken up for its continued operational support. Due to transitions among the Franciscan Friars, St. Andrew’s has once again become vacant and unused for public Masses.

After the announcement of the church closing, many lay faithful gathered for a final Mass on the Transitus of St. Francis, followed by a somber celebration that reflected on the church’s storied history. In the weeks following, a nonprofit group, JAGH Restoration, contacted the diocese to inquire about possibly saving and renovating the building. After due diligence and negotiations between JAGH and the diocese, a Memorandum of Agreement was signed to ensure its continued existence. Father Mark Gurtner, vicar general of the diocese, revealed that “the next step is to survey the property and do a transfer of ownership. JAGH will be fundraising for the project for the next couple of years and then begin renovation work in 2021.”

Bryan Hamilton, a contractor for JAGH, said the nature of the organization is to help preserve historic properties and explore the possibility of returning them to use. Speaking specifically on the required renovations to St. Andrew Church, he stated: “Definite repairs are needed on the exterior. We’ve discussed many scenarios, but the most important thing in any project is to insure the building is adequate for use — bringing mechanicals to code and taking care of any other ‘safety’ concerns. We have basic plans in place, and a more specific procedure will be developed over the course of this project.”

“Our goal is never to become responsible for a property or project which we do not see being completed,” he shared. “Fundraising is very important to the success of any endeavor such as this. We feel there are still many people who have an affinity for St. Andrews even though there is no parish community. Our expectations would be that those who love not only St. Andrews but the Catholic Church in this area will support our endeavors to preserve this building. We’ll have a dedicated team working toward the best solutions, not only for this church but for the diocese and larger community as a whole.” 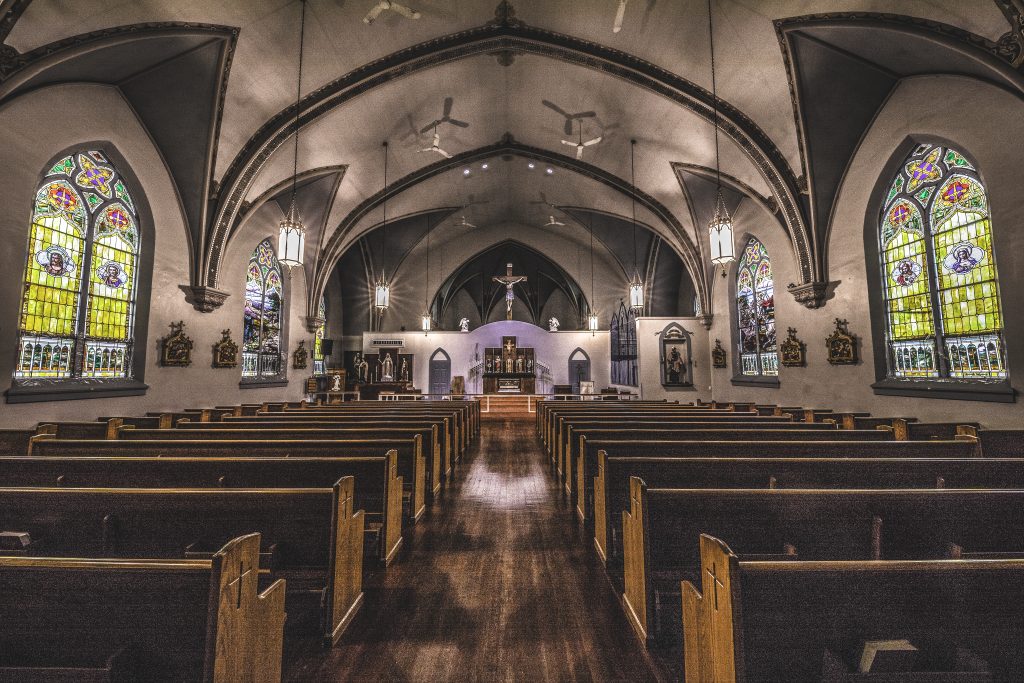 For any wondering about the future uses of St. Andrews, Hamilton is reassuring about potential future utilization of the church.

“The church will remain a Roman Catholic oratory throughout JAGH’s ownership of the property. The diocese will have permission to conduct Mass, as will any other duly authorized Catholic order or group at the discretion of our organization.” The arrangement is similar to that between the diocese and Women’s Care Center, which, although privately owned, is allowed to reserve the presence of the Eucharist on its property. In addition, Hamilton stated, “the [Poor Clare] sisters will pay no rent to us and will take care of their utilities. Any proceeds in excess of the needed funds to restore and maintain the property will be used solely for the mission of the organization.”

Hamilton expressed gratitude, sharing that the diocese, Bishop Rhoades, vicar general Father Gurtner and others have been very accommodating and have made the transfer far less difficult than it sometimes can be. The diocese and the bishop have a genuine concern for the house of worship, the sisters, friars, and the Catholic community in Fort Wayne, he feels.

Father Gurtner also expressed a desire “to convey the gratitude of Bishop Rhoades for JAGH’s willingness to step forward to save St. Andrew’s Church,” adding that “the memorandum with JAGH would limit the buildings’ use to Catholic events and would give the diocese the first right of refusal should JAGH ever want to relinquish control.”

The arrangement has triggered sighs of relief in those for whom the salvation of a property is near and dear to their hearts. While it will require the collaboration of the larger community to accomplish full renewal, the outpouring of local support in the face of the church’s potential demolition revealed a continued openness to heed Christ’s initial call to St. Francis: “Rebuild my Church!”