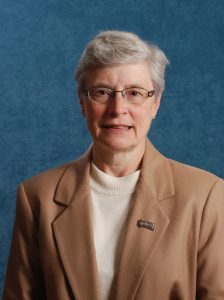 In April and May, the Poor Handmaids of Jesus Christ congregation held its General Chapter in Dernbach, the founding place of the Poor Handmaids. At that time, Sister Judith was elected general superior of the congregation. Sister Annemarie Pitzl, from Germany, was elected vicaress. Sister Betty Vazheparambil, India, and Sister Jacqueline Injete, Kenya, were elected councilors. This team will serve the congregation for the next six years. The installation for the general council will be held in Germany on Aug. 3.

Sister Judith reflected: “It is an incredible honor and responsibility to be elected superior general of the Poor Handmaids of Jesus Christ at this point in our congregation’s history. The 50 participants of the General Chapter we have just concluded set directions for us to work on together in the nine countries where we minister. Along with the recent canonization of St. Katharina Kasper, we are energized to continue to make a significant difference among God’s most poor and needy all around the world.”

A native of Mishawaka, Sister Judith was born to Raymond and Monabelle (Wade) Diltz. She took her first vows as a Poor Handmaid in 1969.

Since that time, she has ministered in education and served the Poor Handmaid community. She taught English at Bishop Dwenger High School in Fort Wayne; Mater Dei High School and Kaskaskia College in Breese, Illinois; and Marian High School in Mishawaka. She was the English and humanities professor / faculty assessment coordinator at Ancilla College in Donaldson, and Sister Judith also served as the PHJC vocation director, postulant/affiliate director and director for development.  She has been provincial of the PHJC American Province since 2013. 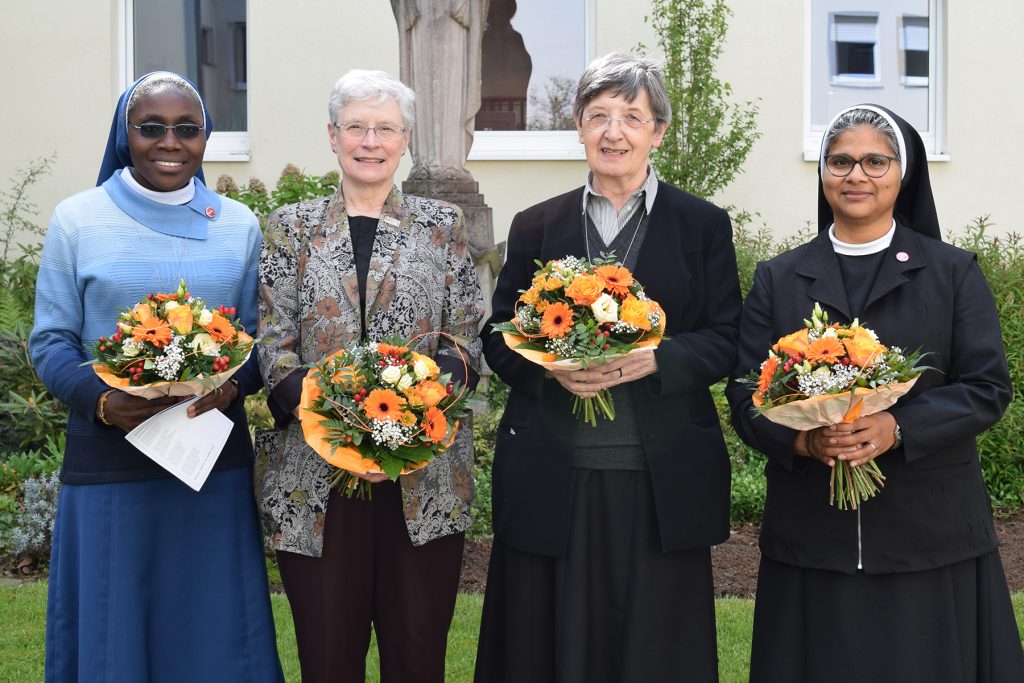 Fellow PHJC religious, Sister Deborah Davis, who was also present as secretary and translator at the General Chapter, said of Sister Judith, “A German bishop spoke of St. Katharina Kasper as ‘homegrown holiness.’ I think this description is true too of Sister Judith… from locally here in Indiana, she now goes to serve the larger Church.”

Sister Deborah spoke of the exciting choice of the congregation to be “a witness of faith and make inroads in encouraging confidence in the Church.

“At our General Chapter meeting the group of 50 delegates from all our countries around the world set some key tasks for our new team,” Sister Judith shared. “Among these are advocating against violence in its many forms and implementing practices to heal the earth. I think this earth-focus is one especially that St Katharina would really engage in. It captures the ministries of healing and of educating and this for the children’s future.

“We also challenged each other to address issues of sustainability.  This demands creativity and inviting many others to be involved with us.  Our ministries are mostly among the poor and needy – so financing this good work is always a challenge.

“Another of the tasks we in leadership have been given is to foster intercultural communities.  I get excited about this because the world desperately needs a witness of peoples from diverse backgrounds living and caring about each other together. Diversity is gift not threat but our country has a difficult time seeing the gift in differences. Our leadership team itself is diverse, with each of us coming from different countries: Germany, Kenya, India and USA.”

Elections to fill the office of provincial of the American Province will be held prior to August.

Jennifer Miller contributed to this story.