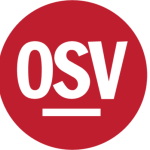 (OSV News) — When Adriana Vasquez was working in marriage ministry for the Archdiocese of New York two decades ago, she helped enrich the theology expressed in its materials and workshops for Spanish-speaking Catholics.

She later discovered, however, that excellent content was not enough.

“I was dismayed years later to find out that some of those couples who attended those workshops were later divorced,” she told OSV News.

As she has continued working in marriage ministry in several other dioceses, Vasquez has identified an approach that does make a powerful difference for engaged couples: evangelization through personal accompaniment. 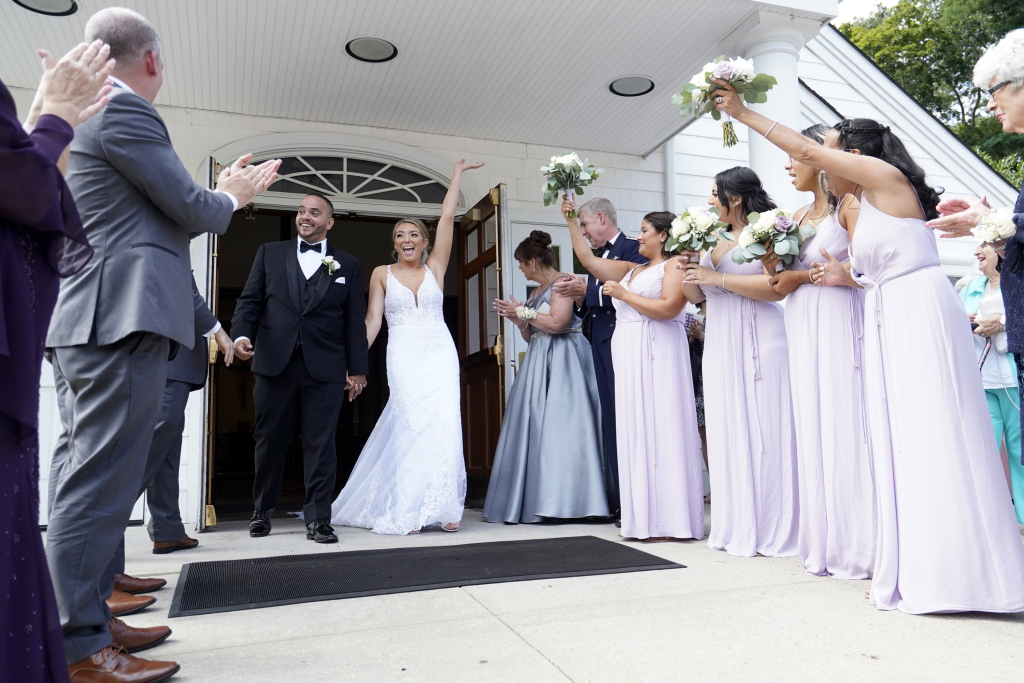 CNS file/OSV News photo, Gregory A. Shemitz
Julio Prendergast and Christina MacDougall are all smiles as they exit St. John the Baptist Church in Wading River, N.Y., following their wedding Mass on Aug. 20, 2021.

Ahead of Valentine’s Day — the most popular day for couples to get engaged, according to the wedding planning website WeddingWire — marriage ministry experts say the practice of personal accompaniment could become a worldwide trend in Catholic marriage preparation, due to a renewed vision for marriage formation introduced last year in a document from the Holy See’s Dicastery for Laity, Family, and Life.

First issued in Italian in June with an English translation published in October, “Catechumenal Pathways for Married Life” presents a three-stage approach to preparing men and women for Catholic marriage. It also addresses the wedding celebration and pastoral accompaniment for the couple’s first married years.

The approach aims not only to transmit doctrine, but also to “let the mystery of sacramental grace resonate among the spouses,” the document states.

In an introduction to “Catechumenal Pathways,” Pope Francis frames “accompaniment” as an important action of the Catholic Church as a whole, writing that “we have a primary duty to responsibly accompany those who manifest their intention to be united in marriage, so that they may be preserved from the trauma of separation and never lose faith in love.”

The document shares a vision of accompaniment tailored to each couple by their parish’s priests, pastoral workers, and other married couples. It states that “it is not so much a matter of sharing notions or imparting skills. Rather, it is about guiding, assisting, and being close to couples along a path to walk together.”

The idea of a “marriage catechumenate” has roots in St. John Paul II’s writings about family life, and the language draws a connection to the Church’s process for welcoming new members.

That is appropriate, because it allows an engaged couple to rediscover the mystery of the faith, said Julia Dezelski, Assistant Director of Marriage and Family Life for the U.S. Conference of Catholic Bishops’ Secretariat of Laity, Marriage, Family Life, and Youth.

The breakdown of marriages in the United States and worldwide, and its implication for children and family life, indicates that the Church should be investing more in engaged couples, she said.

A 2015 Pew Research study found that among Catholics who have ever been married, 34 percent have obtained a divorce. Meanwhile, 44 percent of Catholics report having cohabitated with a romantic partner outside of marriage.

Under many of these models, a pastor or parish marriage ministry coordinator assigns a married, program-trained mentor couple to an engaged couple.

One popular marriage-formation apostolate, Witness to Love, has flipped that approach, encouraging the engaged couple themselves to choose a couple to mentor them so long as they meet certain criteria, such as regularly attending church, actively practicing their faith, and being married five years or more.

The hope is that, by connecting with mentors they already trust and respect, the engaged couple will discuss their faith authentically, be more attracted to the church and open to personal conversion, and continue their relationship with their mentors beyond their wedding day. It also gives mentor couples an opportunity to evangelize, experience deeper conversion, and strengthen their marriages.

Witness to Love contains many aspects of what the “Catechumenal Pathways” document envisions for a marriage catechumenate, said Mary-Rose Verret, who founded the apostolate in 2011 with her husband, Ryan.

The marriage catechumenate “isn’t an invitation (for dioceses and parishes) to fit something new into their existing process,” she said. “It’s a plea to completely rethink the way that they’re approaching forming couples getting married today. It’s obvious that the best content that’s ever been created in the history of  the Church isn’t doing the trick. It’s not because it isn’t great content. It’s because ultimately evangelization moves at the pace of relationships.”

Disappointed by a dearth of young couples in the pews and reports of divorces among recently married couples in their own Louisiana parish, Mary-Rose — who has worked in marriage preparation on both diocesan and parish levels — and Ryan began interviewing couples in 2008 about their marriage preparation. The testimonies of more than 400 couples convinced them that conventional marriage formation approaches are insufficient, and that trust and relationships are key factors missing from most couples’ marriage preparation experiences. That led the Verrets to make chosen mentor couples a hallmark of Witness to Love.

“This is calling people back to the basics of what we’ve always known as a Church,” Verret said. “Friends bring friends to Christ.”

More than 80 U.S. dioceses use Witness to Love in their parishes. It’s among marriage preparation options in the Archdiocese of Cincinnati, where Vasquez is now Managing Director of Marriage and Family in its Center for the New Evangelization. She said the marriage catechumenate’s emphasis on accompaniment reflects a trend she sees in parish ministries across the board.

“It’s that encounter with Christ that the couple is desperately starved for: not just content about the sacrament, not just information, but the actual conversion experience — to meet each couple where they are, in their own particular journey, individually and as a couple,” she said.