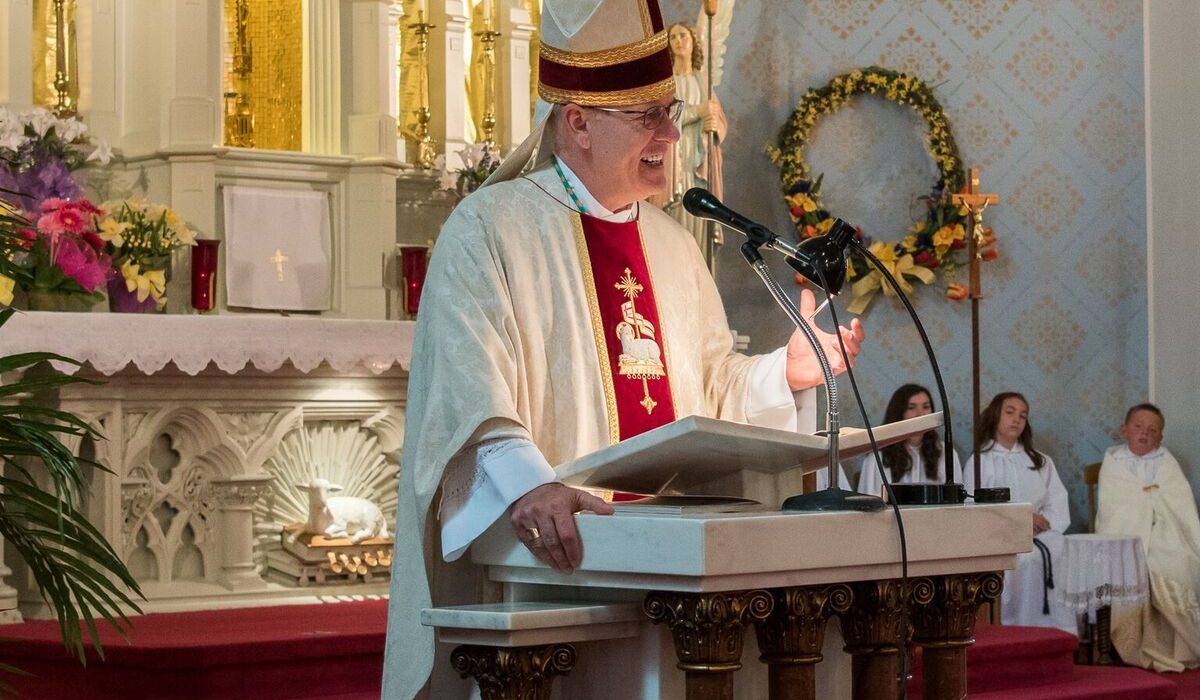 Sadly, Holy Week began this year with another attack on innocent Christians. Coptic Orthodox Christians in Egypt, like so many Catholic, Orthodox and Protestant Christians here in our diocese, gathered for the sacred liturgy on Palm Sunday. At least 44 of these brothers and sisters in Christ were killed in terrorist bombings at the Church of St. George in Tanta and at the Cathedral of St. Mark in Alexandria. Over 125 people were wounded in the attacks.

In some countries, like North Korea, violent persecution is carried out by the state. More often, it is carried out by terrorist groups and non-state actors. They perpetrate violence and subjugation against Christians and other religious groups, including murder, rape, false detention and forced exile, as well as damage to, and expropriation of, property. ISIS, Boko Haram, Taliban, Al Shabaab and other extremist groups conduct suicide bomb attacks like happened in Egypt on Palm Sunday. Some also engage in other horrific forms of torture and execution and will often glory in the brutality inflicted on their victims and parade it on social media. 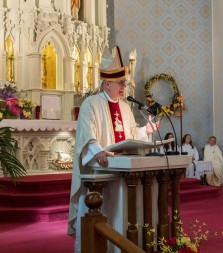 In November 2014, while waiting for an audience with Pope Francis, I was seated next to another bishop. We introduced ourselves and I learned that he was the Chaldean Catholic Archbishop of Mosul in Iraq. For an hour before the Pope arrived, we spoke about his archdiocese. His predecessor as archbishop was killed in 2008. ISIS occupied Mosul in the summer of 2014. They gave the Christians in the city the choice to convert to Islam, pay an exorbitant tax most could not afford, or be killed. Most were able to escape, but some were killed. The archbishop was not aware of any who had renounced their Christian faith. With great sadness, he told me that the Sunday after the occupation by ISIS was the first Sunday in almost 2,000 years that the Eucharist was not celebrated in Mosul. The Archbishop explained to me that he did not expect many Christians to return to Mosul after the defeat of ISIS. He shared that, even before ISIS occupied Mosul, his people experienced the hardships of discrimination.

There were many Christian villages of the Nineveh Plain near Mosul that were destroyed or occupied by ISIS in the summer of 2014. Over 150,000 Christians, mostly Chaldean and Syriac Catholics and Syriac Orthodox, fled from their homes to Erbil and remain there in poverty. Some have moved on to Jordan and Lebanon. Some live in refugee camps. Since the liberation of the Nineveh Plain villages, some Christians have returned only to find their homes and churches severely damaged or destroyed. Some would like to rebuild, but it is an enormous challenge. They also are concerned for their safety and security if they return.

The plight of persecuted Christians, Yazidis and other religious minorities in Iraq and Syria is sometimes in the news. But we should also be aware of religious persecution, mostly against Christians, that is rampant in other countries like North Korea, Somalia, Afghanistan and northern Nigeria. We also see worsening persecution in places like Bangladesh, China, Eritrea, Indonesia, Kenya, Libya, Niger, Pakistan, Sudan, Tanzania and Yemen.

Sometimes I am asked by people what they can do to help these brothers and sisters who are suffering because of their faith. There are three things I suggest: prayer, advocacy and material aid.

When I have spoken to bishops and priests from these areas of persecution, the first thing they ask for is prayer. They ask for the support of our prayers that they may have the fortitude of the Holy Spirit in the midst of suffering. These believers trust in the power of prayer. They ask us first and foremost to remember them in our prayers.

Persecuted Christians also ask us to take up their cause through advocacy with our government. They need help to rebuild their lives. They need security if they are going to return to their homes. And, if not, they need help as refugees, to find a place to live and raise their families, to build a livelihood and to practice their faith without fear. I encourage the support of the “Iraq and Syria Genocide Emergency Relief and Accountability Act,” legislation presently advancing in the U.S. House of Representatives.

Our persecuted brothers and sisters also need material help. Catholic Relief Services has projects in Iraq and other Middle Eastern countries to help suffering and persecuted Christians and other religious minorities who have been driven from their homes. For example, in Iraq, CRS works with Caritas Iraq in providing food, clean water, living supplies, shelters and education.

It was clear to me in my visit to Gaza and the West Bank this past January that the Christian and Muslim Palestinians cared for each other. They rejected violence. This gives me hope, not only for the people of Gaza, but throughout the Middle East. Peace and friendship between believers of different faiths is possible. But I am not a naïve optimist. The oppressive situation in Palestine and Gaza may lead to another eruption of violence. We must continue to support efforts in peacebuilding, one of the projects of CRS, and encourage our government to pursue justice in that region.

The Resurrection of Jesus Christ is the source of our hope. We believe that love conquers hate, that goodness can prevail over evil, and that life is victorious over death. That is the message of Easter. It is a message that resonates with the deepest aspirations of the human heart. It is the hope that inspired so many Christians from the earliest times and also in recent years to endure suffering and martyrdom, rather than renounce their faith in Christ or forsake His Gospel of love and peace.

Let us remember in our prayers during this holy season of Easter all our persecuted brothers and sisters. And let us entrust all who have died for their fidelity to Christ and His Gospel into the loving arms of our Redeemer.