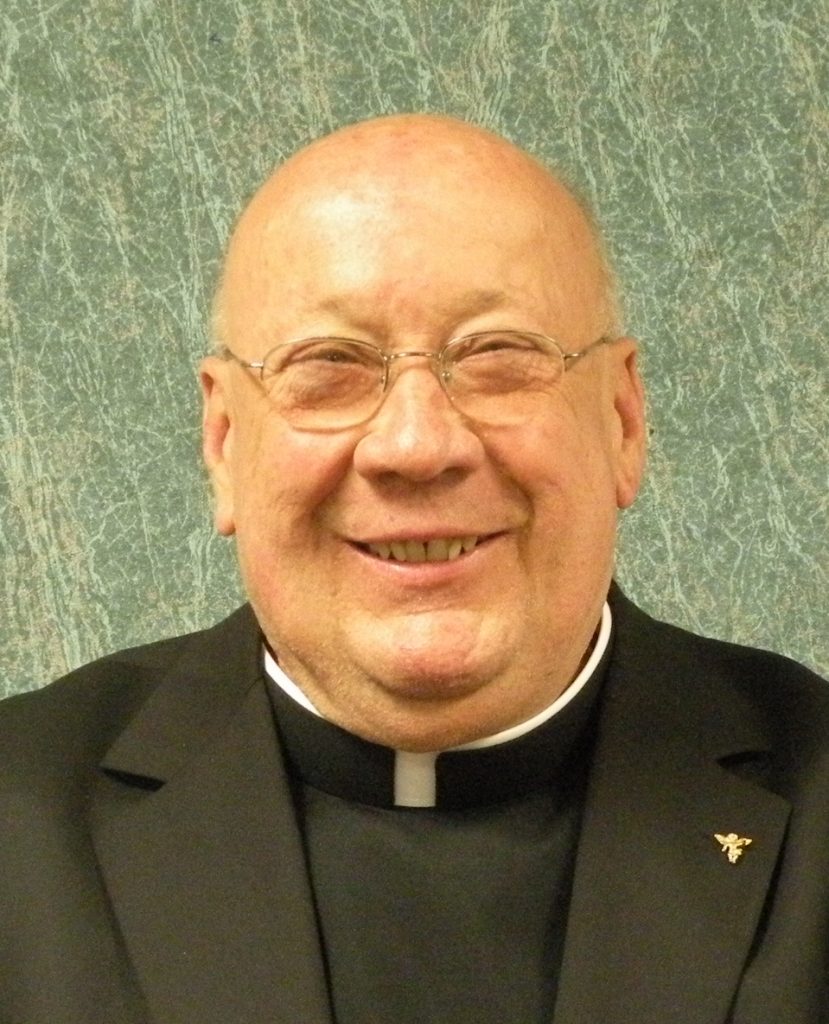 Sixty years is a long time to serve in priestly ministry, and not long after celebrating this great milestone this year, Father David Carkenord passed into eternal life on Nov. 16.

A native of Fort Wayne, Father Carkenord came through St. Jude Catholic School and Central Catholic High School before transferring to Our Lady of the Lake Seminary in Syracuse in his sophomore year. He was ordained in 1962 and served first as Associate Pastor of St. Henry Parish, then Associate Pastor of Queen of Angels, both in Fort Wayne. He also served as an advocate on the tribunal, Director of Cemeteries, and Episcopal Vicar for Vicariate D for a time.

Many of his priestly years, however, were spent ministering to the people of St. Michael the Archangel in Waterloo, beginning in 1989, and he lived there while serving as Administrator of St. Mary of the Angels in Big Long Lake. During his time in Waterloo, he oversaw renovations of the church.

He retired in 2018 due to health issues, undergoing quadruple bypass surgery. He spent some time recovering at Sacred Heart Home in Avilla and returned to Waterloo for a retirement celebration, the only time current St. Michael the Archangel Pastor Father Vincent Joseph Rathappillil, V.C. met him.

Parishioners from St. Michael the Archangel shared a loving and heartfelt tribute to the man who served them for years. Marge Emeick knew him well. “He was just a people’s- person pastor,” she said of him. “He approached us with his humanness, he was there for everybody. He was awesome. … He was a real people’s priest.” She spoke of a first responders group that Father Carkenord hosted at the parish, where he spent time with policemen and firefighters to work through some of the hardships they had experienced on the job.

Marge’s husband Russ thought of Father Carkenord as a friend. “If you wanted someone to talk to, Father Dave was more than happy to sit and spend time with you.”

Karen Nicole said that “He was a priest who cared about the normal people and made everything understandable in his homilies.” Those homilies, according to Dave Ford, were “short and sweet and to the point.”

Donna Garman recalled how good he was with the children of the parish. “He always had time to talk to you.”

Father Carkenord had been at the parish for so long – nearly 30 years in various capacities – that he “baptized our kids, married them, and had begun to baptize our grandchildren,” said Tonya Buchs.

“Father Dave was the priest that God meant all priests to be,” declared Jackie Hoff, another member of the parish. “He was the most compassionate man I’d ever met.”

Bishop Kevin C. Rhoades concelebrates a special Mass of dedication and blessing with Father David Carkenord at St. Michael in Waterloo on Aug. 29. The standing-room-only congregation witnessed the anointing of the altar along with the blessing of the restored church. Visit www.todayscatholicnews.org for more photos.