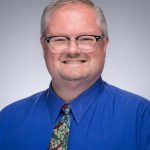 There’s a standard plot device in romantic comedies called a “meet cute,” wherein two people who will eventually become a couple first meet, usually under unusual, humorous, or otherwise cute circumstances. The whole plot of the Drew Barrymore/Adam Sandler movie 50 First Dates is based on this meet cute trope, with the twist that one character is unable to create long-term memories, thus providing the occasion for multiple meet cutes — 50 of them, to be exact.

But this idea isn’t just a fictional plot device: many real-world friendships grow out of cute or humorous circumstances. I met one of my longest-lasting and dearest friends, a saint, when another friend introduced me to her via a silly poem. We were heading to the Pike Place Market in my hometown of Seattle, a constantly-packed tourist attraction. As I turned the car into the narrow street running down the middle of the market, my friend blurted out, “Mother Cabrini, park our machine-y!” I started laughing at the silliness of her “prayer,” but lo and behold, immediately a prime parking space opened up, right in the middle of the busy market.

Prior to her miraculous parking intervention, I knew very little about St. Frances Xavier Cabrini, who I later learned had made multiple visits to my hometown as part of her near-constant travel to minister to immigrants and the poor. To my knowledge, she never drove a car, but she was well known (and feared) for her ability to get surprising results, whether to obtain a prime piece of property on which to build a hospital, or ask for a sizable philanthropic gift from a nonbeliever to underwrite a Catholic school. My own introduction to Mother Cabrini, meet cute that it was, quickly blossomed into a personal devotion that has lasted for decades. I’ve visited several of her shrines as I’ve traveled across the country over the years, I’ve shared her story in writing and on the radio, and I consider her not just a personal patron, but a true friend.

Patron saints are the heavenly friends associated with places, professions, or activities, sometimes as a result of the saint’s own personal biography, other times due to a presumed interest, or even by popular acclaim. Sometimes these patronal connections are, like a meet cute, unusual or humorous. St. Lawrence, for example, was a 3rd-century deacon of Rome who was arrested during the persecutions under the emperor Valerian. He was sentenced to be burned to death, and as he was roasting on the grate, legend says that he told his executioner, “You can turn me over, I’m done on this side.” Accordingly, the Church has honored St. Lawrence as patron of both cooks and comedians. If I ever open my own BBQ restaurant, I’ll call it “Larry’s Ribs” and see how many people make the connection.

I have a good friend who manages a scenic railroad. He acquired a new railcar, and asked me who the patron of railroads was, as he was looking for a unique name to give the car. My (perhaps inadequate) research suggested that there is not yet an officially-declared saint of railroads, but I proposed to my friend that he should name the railcar after St. Eligius of Noyon, a 7th-century French bishop who had been a metalworker and maker of horseshoes prior to his ordination. My reasoning was that steam trains were often called the “iron horse,” and as St. Eligius was already officially patron of metalworkers and horses (and Britain’s Royal Electrical and Mechanical Engineers), it stood to reason that he’d be a good fit. I haven’t yet sent my idea to the Vatican for review, but if it happens, you’ll read it here first!

St. Francis de Sales, the patron saint of journalists, was famous for his ability to communicate the truths of the faith with charity. Each year on his feast, Jan. 24, the pope writes a message for the World Day of Communications. This year, Pope Francis reflects on the theme “Speak with the heart: Speaking the truth in love.” In this age of social media, where we all have the ability (if we wish) to broadcast our unmediated thoughts and images via Facebook, Twitter, Instagram, and TikTok, we should all take to heart the Holy Father’s suggestion, inspired by the approach of St. Francis de Sales, to always speak the truth with love.

Furthermore, everyone, whether professional journalist or merely a user of social media, should feel free to invoke the patronage of St. Francis de Sales to intercede for them as communicators. The saints can handle the workload, and they want to help bring us closer to Christ. As Saint Therese of Lisieux said as she lay dying, “I want to spend my heaven in doing good on earth.”

Who are your own heavenly patrons? Many of us bear the names of saints, either as our given names, or as a name we chose in the sacrament of Confirmation. How much do you know about them? When did you last call upon them? And since we can never have too many friends, especially among the saints, who is the patron of your profession, your hometown, your parish, your hobby? Perhaps it’s time to arrange your own meet cute, and discover a new friend in Christ.