FAIRHOPE, Ala. (CNS) — Philip Rivers said he fulfilled one childhood dream by playing quarterback in the NFL. He’ll soon fulfill another by coaching high school football. 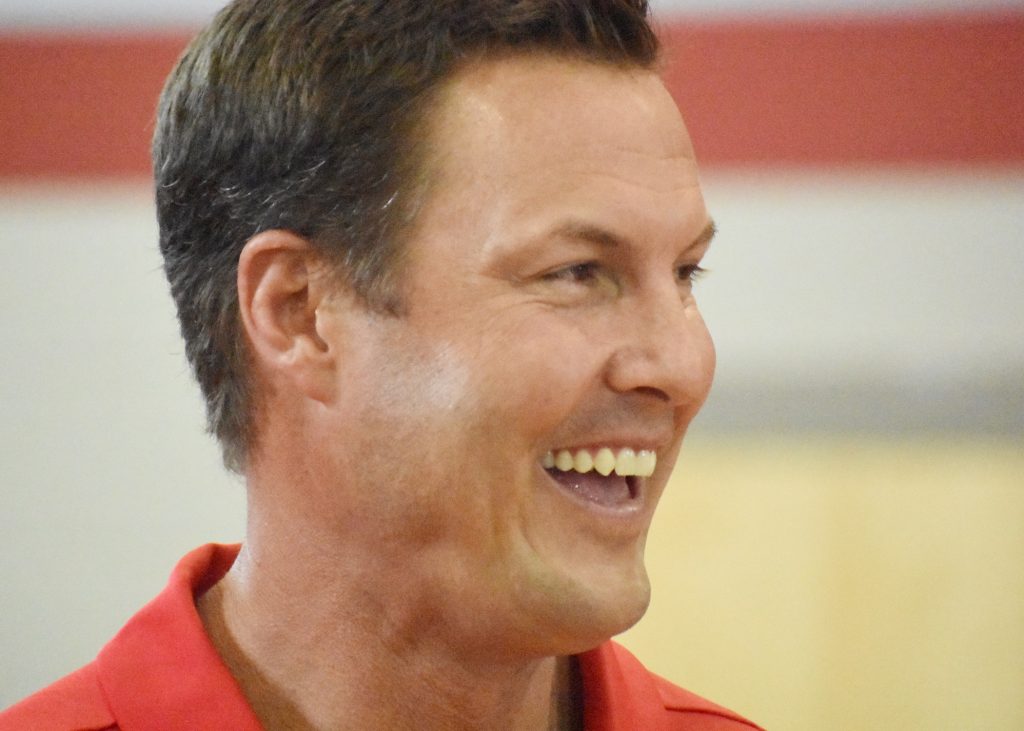 NFL quarterback Philip Rivers is introduced May 8, 2020, as the head football coach in-waiting at St. Michael Catholic High School in Fairhope, Ala. He signed a one-year contract with the Indianapolis Colts during the offseason and will take over the St. Michael football program after he retires. (CNS photo/Rob Herbst, The Catholic Week)

The 38-year-old Rivers was named head coach-in-waiting at St. Michael Catholic High School in Fairhope. He’ll follow in the footsteps of his father, Steve, a longtime high school football coach who’s in the Alabama High School Sports Hall of Fame.

Rivers’ coaching career won’t begin immediately. He’s set to begin his 17th season in the NFL after signing a one-year, $25 million deal with the Indianapolis Colts in the offseason. Paul Knapstein, athletic director at St. Michael, will serve as interim coach for at least the 2020 season. Rivers will take over once he retires from the NFL, which could be after a couple more seasons.

“It’s a special day for me and my family. I will probably get a little emotional,” said Rivers. “I (had) two childhood dreams. One was playing in the NFL. I still love that. The other was to be a high school football coach as my dad was.

“Wow, how blessed am I to be able to live both of those out?”

Rivers was the No. 4 overall pick in the 2004 NFL draft. He reached eight Pro Bowls during his 16 seasons with the San Diego and Los Angeles Chargers, and his 59,271 passing yards rank sixth on the league’s all-time list.

He and his wife, Tiffany, are the parents of nine children. Faustin Weber, the principal at St. Michael, said Rivers’ upbringing, as the son of a longtime high school coach, as well as his Catholic faith are important attributes in the school’s eventual head coach.

“Our mission is to build scholars, leaders and disciples of Jesus Christ and I really believe he’s going to help us advance our mission,” he said. 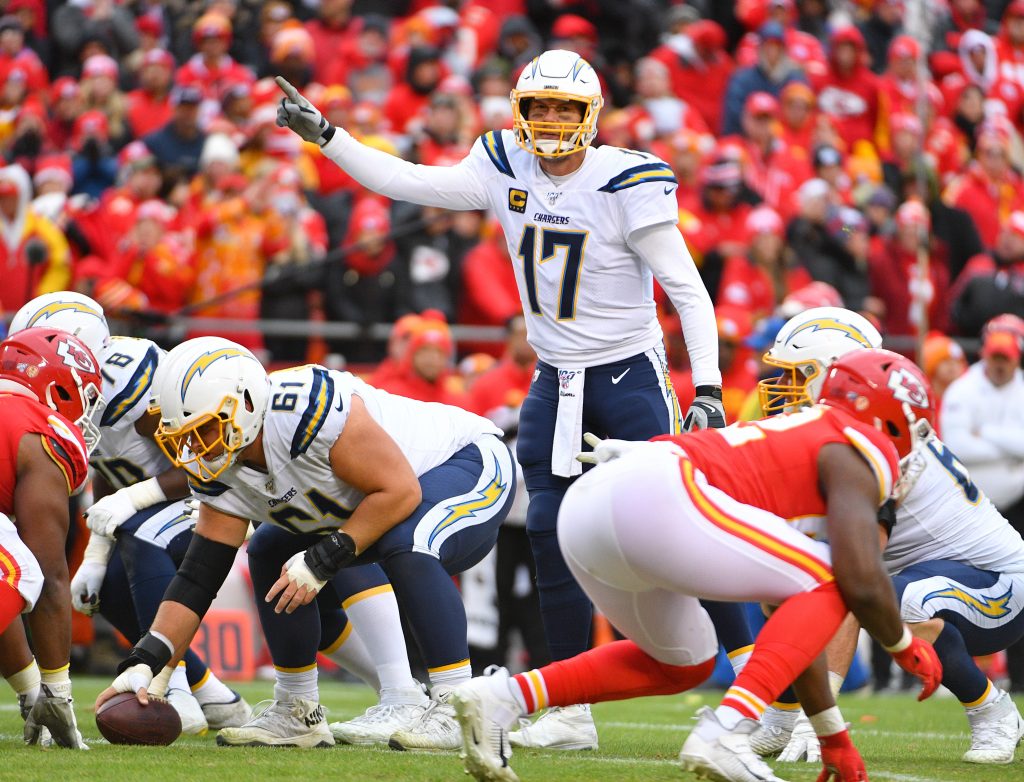 Los Angeles Chargers quarterback Philip Rivers is seen playing against the Kansas City Chiefs at Arrowhead Stadium Dec. 29, 2019. He signed a one-year contract with the Indianapolis Colts during the offseason and will take over the football program at St. Michael Catholic High School in Fairhope, Ala., after he retires. (CNS photo/Denny Medley-USA TODAY Sports via Reuters)

Rivers played high school football at Athens High School in northern Alabama, but the connection to the Gulf Coast of Alabama came a few years ago when Rivers’ family developed a relationship with a family in the area.

Rivers then conducted football camps at St. Michael each of the past two summers.

“It seemed like the perfect fit,” Rivers said. “As the days went by, we felt more and more like God had a hand in this and kind of laid it in our lap from the standpoint of location, a school with the same vision and a young football program. As time went, it made sense. It was the right fit.”

St. Michael opened in the fall 2016 and its football program will enter its third varsity football season this fall. The program has won three games the past two seasons.

“Our program will be faith, family and football,” Rivers said. “It will be built on faith, and family will be very important, and we’ll work like crazy at the football part.”

Herbst is editor of The Catholic Week, newspaper of the Archdiocese of Mobile.