ENUGU, Nigeria (CNS) – Nigerian sisters and their communities are raising awareness about violence against women and child abuse and spreading their prevention mechanisms among young people in Nigeria.

Through the Africa Faith and Justice Network, a Washington, D.C.-based advocacy organization, they work with traditional leaders and government departments for stronger legislation against domestic violence targeted at women.

Since it was established in 1983, AFJN has been working with 86 sisters from 28 congregations to promote peace, advocate for human rights and dignity, and advance social justice. It also offers moral and legal support for victims of abuse.

Sister Eucharia Madueke of the Sisters of Notre Dame de Namur and Coordinator of the Women Empowerment Project at the AFJN, said the awareness campaign is designed to tackle Nigeria’s high rate of gender-based violence, especially against women. She cited as examples rape, defilement, denial of inheritance, and harmful widowhood practices. 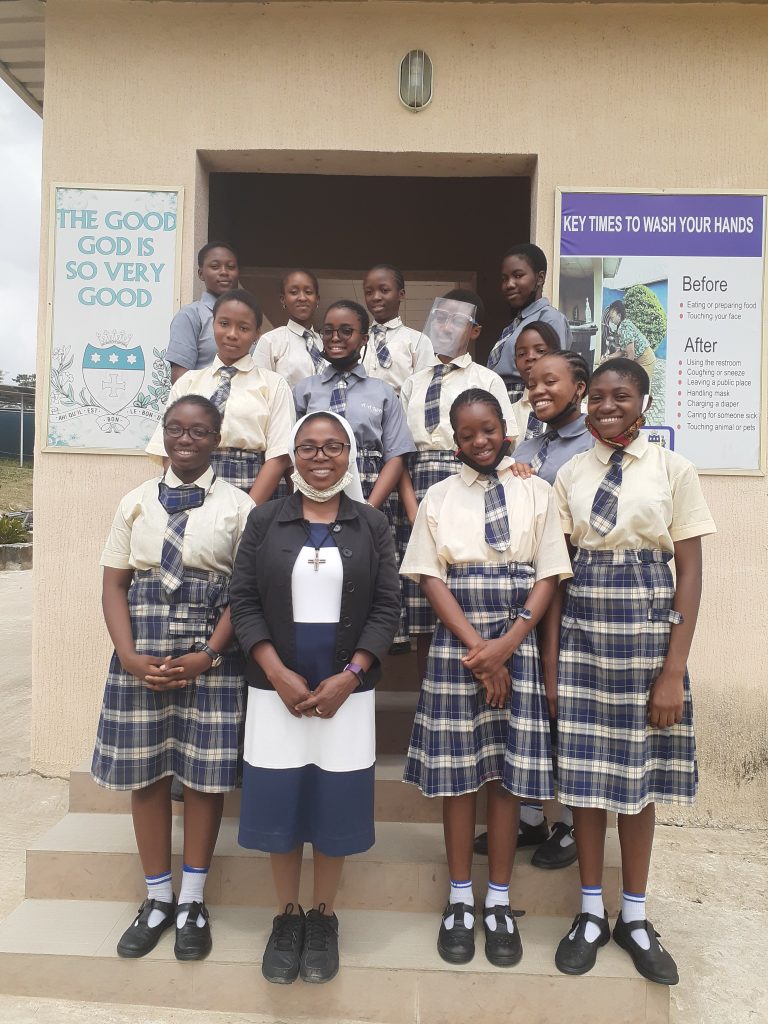 Sister Teresa Anyabuike, bottom middle, poses for photo with students after a seminar about child abuse and human trafficking in Abuja, Nigeria. She and other members of the African Faith and Justice Network have been traveling across Nigeria to raise awareness on rape and violence against girls and women. (CNS photo/courtesy Sister Eucharia Madueke)

Sister Madueke said violence thrives when one’s partner or spouse feels he or she has power over the weaker partner. “A lot of women have been killed by their husbands, and this is often traced to how society perceives women as being weak.”

In 2019, the sisters held a four-day workshop on advocacy and social justice where they engaged more than 100 staff of human rights groups in Enugu, challenging them to step up to their duties and responsibilities.

The training and workshops have been yielding results. Sister Madueke said the groups have been mobilizing themselves, raising awareness about the dignity of women in local communities, schools, churches, and among groups, helping these groups to recognize violence around them, especially in rural villages across Nigeria. 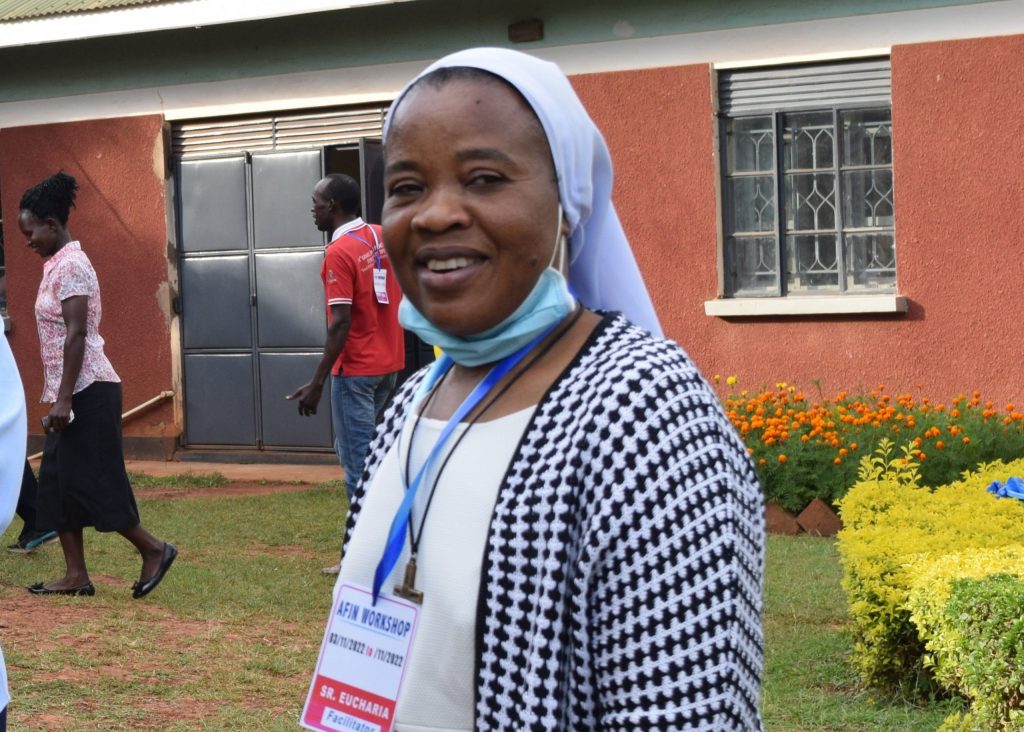 The Africa Faith and Justice Network is not working in isolation. Notre Dame de Namur Sister Teresa Anyabuike, AFJN’s Communications Officer, said the network collaborates with others, including government agencies such as the National Agency for the Prohibition of Trafficking in Persons.

“We are holding advocacy visits to both civil and traditional leaders, demanding change of policies and cultural beliefs that lead to discrimination against women, and pushing for strong protective laws, as well as implementation of national laws that protect the rights and promote the dignity of every human.”

“It’s our common goal as sisters to deal with issues of injustice in the society. We go into communities to speak to people about what they need to know, how to speak up, avoid being caught up in the web of injustice, and how to seek redress when their rights are trampled or infringed on.”

Sister Anyabuike told Catholic News Service that they do all this to assure the victims that there are still spaces for them to speak up or air their grievances.

Nneamaka Ilodigwe, a lawyer and Founding Director of the Women and Child Justice Initiative, is one of the many beneficiaries of the training. The NGO she was working with was invited to the training. But after encountering the sisters of AFJN, she acquired advocacy skills with in-depth knowledge of human rights and social justice that tie directly into Catholic social teaching.

Her first case as a member of AFJN was that of a 26-year-old woman who got married and gave birth to an autistic child. The woman’s husband wanted to take the child to an Indigenous doctor for divination and healing, but the woman insisted on taking the child to the church or a hospital.

It soon became a problem that made the mother seek the help of AFJN through Ilodigwe.

To ensure the woman and her child’s safety “after her husband had abandoned them for choosing not to patronize a native doctor, we took over their welfare and raised 600,000 naira (US $1,355) for hospital bills and their upkeep, and we are making efforts for her to get justice,” Ilodigwe told CNS.

The sisters are planning to organize another workshop on violence in the home in Enugu this December, and they are involving people from various rural deaneries.

“We have written to the bishop of Enugu Diocese about the workshop and got approval. It is important to note that homes and families are like the domestic Church, so we wrote and told him about it, because the domestic Church is under attack by violence,” Sister Madueke said.

She said they also wrote the priest who headed the diocesan justice and peace commission as well as Catholic women and men’s organizations “asking them to send people from their local deaneries so they can go back into their local communities and replicate what they learned from the workshop.”