Pope appeals for ‘fraternity and solidarity’ for people in Ethiopia

MEXICO CITY (CNS) — The Mexican bishops’ conference expressed sorrow about a unanimous Supreme Court decision to decriminalize abortion, while other Church leaders called on Catholics to “not to be indifferent” on issues of life. The court ruled unanimously Sept. 7 to invalidate sections of a law in northern Coahuila state. The law imposed sentences of up to three years in prison for women terminating pregnancies; observers say the court decision sets precedent and will lead to decriminalization across the country. The decision also removed criminal sanctions for abortion providers. The motion approved in the court, according to Justice Norma Piña Hernández, “concludes there are no public reasons with scientific support that allow equating the embryo with a person with rights.” She continued, “Prohibiting abortion in these circumstances … implies giving excessive value to the state’s interest in protecting the development of the pregnancy in the face of the intense impact carrying an unwanted pregnancy represents for the autonomy of women when there are not the vital conditions to do so properly.” After the court decision, the bishops’ conference tweeted, quoting from a conference document published Aug. 12: “Those of us convinced of the value of life have no need for a murderous law such as the one that is being approved … We hope that your option for life is not conditional on an ideology, rather is motivated by faith, hope and love.”

WASHINGTON (CNS) — In his first appearance at the National Press Club as archbishop of Washington, Cardinal Wilton D. Gregory on Sept. 8 emphasized the importance of protecting the environment and upholding the dignity of human life at all stages. He also answered questions on issues ranging from whether women will ever be ordained Catholic priests — “I don’t see it changing” — to affirming that seeking healing for victims of clergy sexual abuse should be the first priority. Cardinal Gregory took questions from the moderator and the press club’s president, Lisa Nicole Matthews of The Associated Press, for more than half an hour, following prepared remarks that thanked the news media for their work keeping the world “informed, updated and connected as a global community.” He noted that “words have the incredible power and ability to build, to damage or destroy” and he challenged the news industry and all people “to use our daily words, social media posts, public commentary and personal involvement to care for our neighbors in tangible ways that work for justice at every level.” He said, “civility and respectful dialogue for the purpose of earnest understanding can and should be promoted, most especially when we hold different or even opposing political, religious or other opinions.”

ARLINGTON, Va. (CNS) — In the two decades since the terrorist attacks of Sept. 11, several Catholics in the Arlington diocese — where the Pentagon was hit by a hijacked plane — say they relied on their faith that day and in the years since to process what happened. The diocese, which is just across the Potomac River from Washington, is home to many government employees and military families. Many parishioners were firsthand witnesses to the horrors of Sept. 11 when American Airlines Flight 77 flew into the Pentagon killing 189 people (including the five hijackers). Lisa Dolan, a parishioner of the Basilica of St. Mary in Alexandria, lost her husband, Navy Captain Robert E. Dolan Jr., in the Pentagon attack. The 43-year-old was working as the strategy and concepts branch head under the Chief of Naval Operations at the Pentagon. He called his wife at 8:55 a.m. Sept. 11 to tell her a plane had crashed into the World Trade Center in New York. “We discussed what a horrific accident it was — at that point in time what else would we be thinking but a terrifying accident?” Lisa said. “Then, just moments after the second plane flew into the South Tower, I knew it was no accident,” she said. She also tried to call her husband back but never got through. She picked up her children from their Catholic schools in Alexandria and kept trying to contact anyone who might know where her husband was. As she watched the television images of the Pentagon burning, she said she “knew in my heart that he was gone.”

WASHINGTON (CNS) — Amid heated discussion surrounding the new abortion law in Texas, which bans abortions from six weeks, Catholic bishops have emphasized the importance of a long-running state program to help pregnant women. “Texas has invested hundreds of millions of dollars in programs for pregnant moms and families,” said a statement issued by the Texas Catholic Conference, two days after the new law went into effect. The conference, which is the public policy arm of the state’s Catholic bishops, was referring to the state-funded program Alternatives to Abortion, which started in 2005. The program provides funds for pregnancy centers which offer counseling services and resources to women in crisis pregnancies. “Hundreds of pregnancy and parenting support programs and adoption services in our state provide practical resources to women and families facing overwhelming circumstances,” the group’s Sept. 3 statement said. The Texas Catholic Conference noted that “pregnant and parenting moms in need are in our parishes and our neighborhoods. As Pope Francis reminds us, our parishes must be ‘islands of mercy in the midst of a sea of indifference.’” The conference also stressed that “everyone in the parish should know where to refer a pregnant woman in need.”

Polish cardinal, blind Franciscan who knew each other beatified together

WARSAW, Poland (CNS) — The archbishop who steered Poland’s Catholic Church through communist rule and a blind Franciscan nun who founded one of Europe’s foremost centers for the sight-impaired took a step closer to sainthood Sept. 12. Cardinal Marcello Semeraro, prefect of the Vatican Congregation for Saints’ Causes, said both “gave testimony of a life faithful to the Gospel at all costs — a model of service to a specific person in need, even when no one cares and indifference seems to prevail.” The Italian cardinal preached at the beatification Mass for Cardinal Stefan Wyszynski, who died in 1981, and Mother Elisabeth Rosa Czacka, who died in 1961, at Warsaw’s Church of Divine Providence. In attendance were 7,000 people — including government leaders, bishops from Poland and abroad, as well as two women whose cures were the miracles for the advancement of the sainthood causes. Both of the newly beatified “knew how to fill each other with strength, endurance and courage,” said Cardinal Semeraro. “He was personally involved in helping all those who experienced abuse and limitations in practicing freedom and professing their faith; she, blind among the physically and spiritually blind, helped all those abandoned and left at the margins.” Cardinal Semeraro said Cardinal Wyszynski had defended freedom and defied an ideology which “dehumanized and led people away from the fullness of faith,” but had also been “edified by the faith and perseverance” of Mother Czacka, who had “recognized the signs of God’s calling” from youth, despite her own blindness. 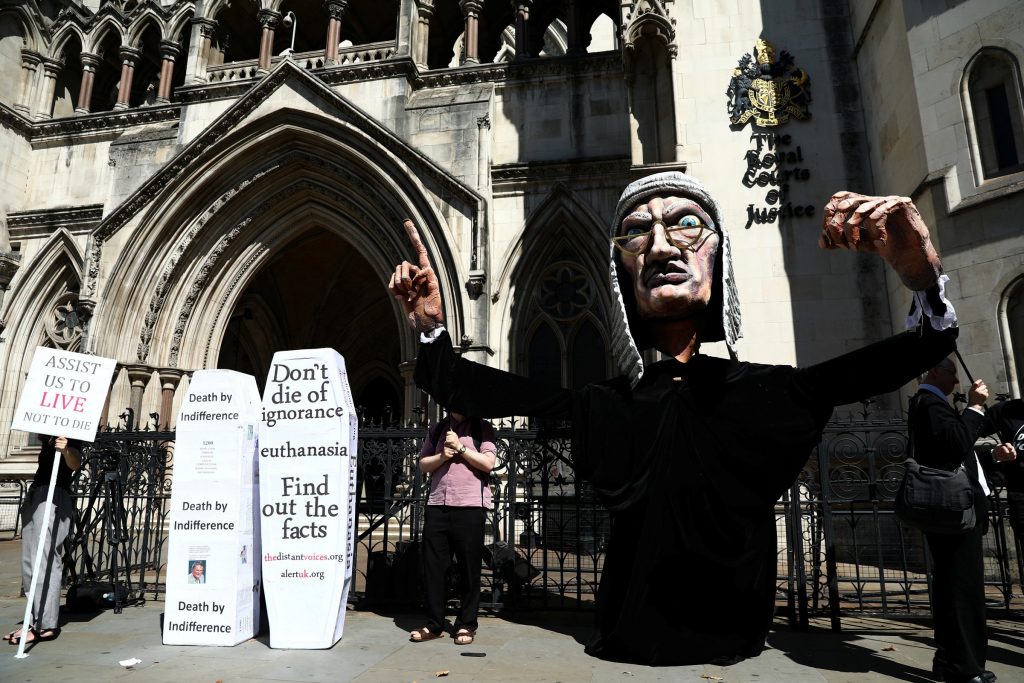