Pope Names New Members to Commission for Protection of Minors

VATICAN CITY (CNS) – Pope Francis reconfirmed the leadership of the Pontifical Commission for the Protection of Minors and expanded its membership from 17 to 20 people, naming 10 new members and reappointing 10 returning members. U.S. Cardinal Seán P. O’Malley of Boston, President of the commission, said, “Coming from all over the world with varied backgrounds and a common passion for the well-being of children and vulnerable people, the members announced today include advocates and practitioners of prevention and protection to the many areas in which the Church ministers to children.” The members include “representatives from canon law, social work, the medical and psychological professions, law enforcement, and the judiciary, as well as pastoral experts who currently work in dioceses and religious congregations,” he said in a statement on Sept. 30, the day the appointments were announced. “They have all spent significant amounts of their professional lives listening to and supporting victim/survivors of sexual abuse by clergy and Church personnel,” he said. The commission’s 20 members include 10 women and 10 men. Twelve of the members are laypeople, three are women religious, three are bishops, and two are priests. Four represent Africa or the Middle East, five come from the Americas, five from Asia and Oceania, and six from Europe.

PARIS (CNS) – France’s Catholic bishops warned President Emmanuel Macron’s government that “immoral legislation” to allow euthanasia risked overturning the country’s “ethical equilibrium. Through decades, a balance has been found in avoiding relentless treatment and promoting palliative care – this ‘French path’ has gained a following and says something about our country’s ethical heritage,” said the 10-member Executive Council of the Bishops’ Conference. “Our caregivers, who must face so many concrete difficulties sustaining our health system, often express how much they are attached to this balance – it gives honor to their profession and meaning to their commitment,” bishops said. “During the COVID-19 crisis, our society made weighty sacrifices to save lives, particularly of the most fragile, even over-isolating the sick or elderly to preserve their bodily health. How can it be possible, just a few months after this great national mobilization, that society now gives the impression of seeing no other answer to life’s fragility than active help in dying and assisted suicide?” the bishops asked in a statement the weekend of Sept. 24-25. The French government plans to legalize euthanasia by the end of 2023.

WARSAW, Poland (CNS) – Russia’s bishops said Catholics face dilemmas responding to a mass call-up for the war in Ukraine, and they urged President Vladimir Putin’s government to recognize conscientious objection. “The confrontation in Ukraine has grown into a full-scale military conflict and already claimed thousands of lives, undermining trust and unity between countries and peoples, and threatening the entire world’s existence,” the Moscow-based bishops’ conference said in a pastoral letter. “The permissibility of participating in hostilities is ultimately a matter for the human conscience, which belongs to the most secret and holiest part of man – where he is alone with God, whose correct judgment he must always obey.” The letter, quoting the Catechism of the Catholic Church, was published on Sept. 28 as Ukrainian forces continued an eastern counteroffensive, a week after Putin’s announcement that at least 300,000 reservists were being called up to fight. The bishops said their hearts were “filled with grief and powerlessness” at the inability to “decisively change the situation and prevent further victims,” adding that the mobilization had confronted Catholics with a “most serious moral choice.”

SÃO PAULO (CNS) – In Brazil, like most countries, prison ministry involves visiting and praying with inmates, but as Brazil’s prisons increasingly are treated as moneymakers, the ministry also means advocating for the rights of prisoners. People who work in the Brazilian bishops’ prison ministry can tell of the problems: lack of running water during most of the day, poor hygiene, overcrowding, insufficient and low-quality food, and disrespect for basic human needs, including access to health care services. The bishops started the prison ministry 50 years ago, and German-born Sister Petra Pfaller, a member of the Missionaries of Christ who heads the program, sees money as one of the driving forces in Brazil’s prison system today. “The Brazilian law offers many ways for a defendant to wait for trial out of custody. People with money can hire attorneys and manage to stay out of prison. The poor cannot do that,” she said. “The Brazilian state has opted for a highly repressive policy when it comes to conflict resolution,” she added. “And it targets poor Black young residents of slums.”

VATICAN CITY (CNS) – Pope Francis’ theme for the next World Communications Day is a call for a peaceful dialogue that allows for uncomfortable truths to be spoken of without resorting to contentious and hostile debate, the Vatican announced. Speaking the truth “means giving ‘a reason for your hope’ and doing so gently, using the gift of communication as a bridge and not as a wall,” the Vatican said on Sept. 29 when it announced the theme of World Communications Day 2023. Each year, the Vatican and many dioceses mark World Communications Day on the Sunday before Pentecost; in 2023, it will be celebrated on May 21. The pope’s choice for the theme is: “Speak with the heart: Veritatem facientes in caritate” (Speaking the truth in love). The Vatican publishes the pope’s full message for the occasion on Jan. 24, the feast of St. Francis de Sales, patron saint of journalists. Also on Sept. 29, the Vatican announced several new members for the Dicastery for Communication, including Bishop Valdir José de Castro of Campo Limpo, Brazil, and Italian Archbishop Ivan Maffeis of Perugia-Città delle Pieve. Pope Francis also appointed new consultors for the dicastery, including U.S. communications expert Helen Osman, President of Signis, the World Catholic Association for Communication, based in Brussels.

VATICAN CITY (CNS) – The international community can no longer ignore the cries of the poor and the hungry who fall victim to food loss and waste, Pope Francis said. In a Sept. 29 message to Qu Dongyu, Director-General of the U.N. Food and Agriculture Organization, or FAO, the pope lamented the “paradox of abundance” – that there is enough food to feed the world population, but millions continue to starve due to its improper management and distribution. “Food cannot be the object of speculation,” he wrote, referring to the betting on future food prices by financial markets. “Life depends on it. And it is a scandal that large producers encourage compulsive consumerism to enrich themselves without even considering the real needs of human beings. Food speculation must be stopped! We must stop treating food, which is a fundamental good for all, as a bargaining chip for a few,” he said. The pope’s message to Qu coincided with the U.N. International Day of Awareness of Food Loss and Waste. FAO said the international day highlights a “clear call to action for public and private entities from across the food system to act now to reduce (food loss and waste) and raise awareness among consumers of the urgent need for actions they can take to cut food waste.” 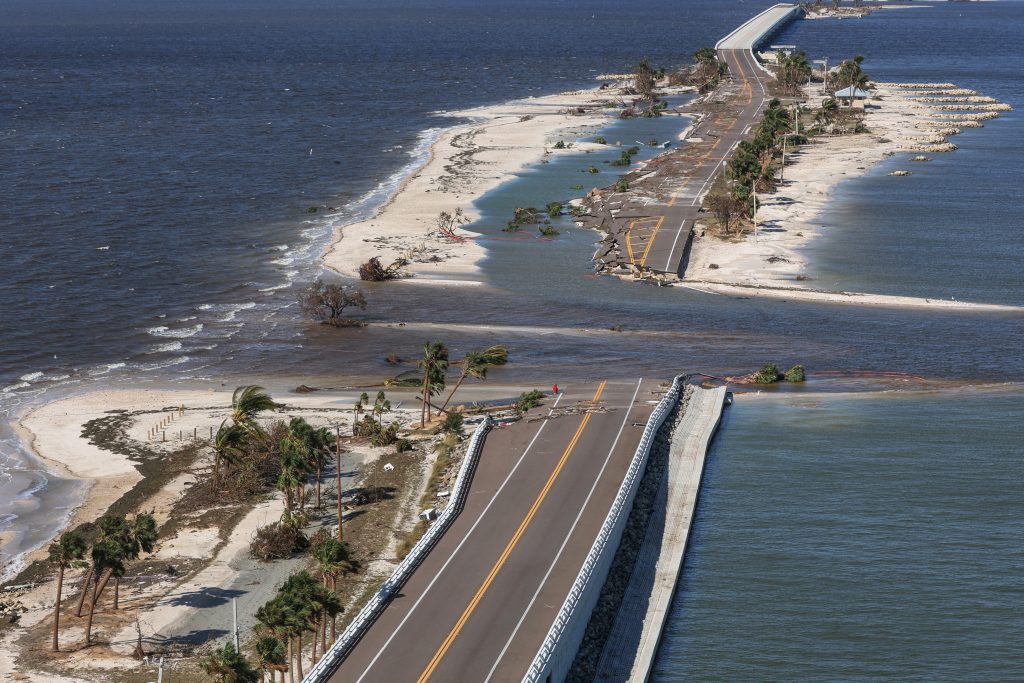