WASHINGTON (CNS) — President Donald Trump’s Sept. 23 announcement that he would issue a “Born Alive Executive Order” will “provide necessary legal protections for some of the most vulnerable in society,” said Jeanne Mancini, president of the March for Life Education and Defense Fund. “These steps had to be taken,” she said, “because some Democrats in the Senate promised to block legislation that mandates basic medical care for children who survive an abortion — an extremist view shared by vice presidential candidate Kamala Harris.” Mancini made the comments in a statement she issued shortly after Trump announced the order in his remarks during the annual National Catholic Prayer Breakfast, which this year could not be an in-person event because of the pandemic and was livestreamed to over 10,000 registered participants. “We believe in … the eternal truth that every child, born and unborn, is made in the holy image of God. … I will always defend the sacred right to life,” the president said. His executive order will “ensure that all precious babies born alive, no matter their circumstances, receive the medical care that they deserve. This is our sacrosanct moral duty,” he said.

Conversion is a daily battle fueled by grace, pope says

VATICAN CITY (CNS) — Conversion is an ongoing process that relies on God’s endless patience and grace, Pope Francis said. Living a Christian life “is not made up of dreams and beautiful aspirations, but of concrete commitments, in order to open ourselves ever more to God’s will and to love for our brothers and sisters,” he said Sept. 27, talking about the day’s Gospel reading before reciting the Angelus prayer with visitors in St. Peter’s Square. He had also focused on the meaning of conversion the evening before when he celebrated Mass with the Vatican gendarme, or police, at the Altar of the Chair in St. Peter’s Basilica. “The path to conversion is drawing near, it’s closeness, but a closeness that is service,” he told the officers. “Every time you draw near to serve (someone), you imitate Jesus Christ.”

WASHINGTON (CNS) — The Supreme Court denied the appeals of two federal death-row inmates in late September. On Sept. 22, it denied an appeal to postpone the execution of William LeCroy, who had argued that his execution should be postponed to allow his longtime lead attorney to attend. The attorney has leukemia and is vulnerable to COVID-19, so could not be present for health reasons during the pandemic. In the petition and emergency request filed Sept. 22, LeCroy’s attorneys argued the inmate had a right to have his attorney present at his execution. They also said a district court was wrong to not approve changing the execution date. LeCroy, 50, was charged with the 2001 murder of a Georgia nurse. The Department of Justice said the district court denied LeCroy’s motion to postpone his execution because it did not meet standards for a stay of execution. In a brief order, the Supreme Court similarly denied LeCroy’s request to postpone the execution, with no recorded dissents. LeCroy died by lethal injection at the federal prison in Terre Haute, Indiana. Christopher Vialva, 40, similarly pleaded with the Supreme Court for a delay. His attorneys asked the Supreme Court to halt his execution because of outstanding questions about whether federal executions need to be set by a court or can be set by the U.S. attorney general. In an unsigned order Sept. 24, the court refused to stop his execution. He was put to death by lethal injection a few hours later, also at the Indiana federal prison.

Louisville archbishop says all must now work together ‘for racial justice’

LOUISVILLE, Ky. (CNS) — Archbishop Joseph E. Kurtz of Louisville in a statement Sept. 23 said people should now “come together to work for racial justice,” whatever their reaction is to decisions by the grand jury and the office of Kentucky’s attorney general in the March 13 fatal shooting of Breonna Taylor by police. “I again join with citizens throughout our community and the nation in mourning the tragic death of Breonna Taylor,” the archbishop said. “There is no question that our nation’s original sin of racism continues to destroy and harm the lives of persons of color and that racism extends through so many systems of our society … educational, economic, religious, housing, criminal justice, voting and employment,” Archbishop Kurtz said. “Our Church stands ready to work with civic, community, educational, business, and nonprofit partners to address these issues,” he added. Taylor, 26, was fatally shot after three Louisville police officers entered her apartment executing a search warrant. Officers Jonathan Mattingly, Brett Hankison and Myles Cosgrove knocked before forcing entry, but how the officers announced their identity before forcing entry has been disputed, according to news reports.

WASHINGTON (CNS) — Sister Norma Pimentel, a Missionary of Jesus and executive director of Catholic Charities of the Rio Grande Valley, has received numerous awards over the years for her work in Texas with migrants along the U.S.-Mexican border, and she can now add a new title to her list: one of Time magazine’s 100 most influential people in the world. In a Facebook message Sept. 22 about the honor, she gave credit to all those who work with her in the Diocese of Brownsville, Texas, “restoring human dignity to those in need. It is a recognition of the generosity of the people of the Rio Grande Valley and from throughout the United States. Together we recognize that we have a responsibility. We are a people of God, people driven by the presence of God in ourselves and in others. When we see human suffering, we cannot turn our backs, we must respond,” she said. And she hopes that her name, in the magazine among athletes, politicians, activists and entertainers, will “bring more understanding and help people see more clearly what we can each do to respect all human life, especially the most vulnerable.”

WASHINGTON (CNS) — A new casting of a 3.5-ton bronze sculpture commissioned by the Vatican has made a temporary stop in Washington before it eventually finds a permanent home there. “Angels Unawares” was formally unveiled on a plaza at The Catholic University of America Sept. 27, the Church-proclaimed World Day of Migrants and Refugees. This year’s theme, chosen by Pope Francis, is “Forced Like Jesus Christ to Flee.” The statue will stay on the university’s campus temporarily, before heading to its next stop — the campus of Boston College. It came to Washington from Our Lady of the Angels Cathedral in Los Angeles. After Boston, the sculpture is to make stops in other U.S. cities before returning to its permanent home at the university in 2021. Its sculptor, Timothy Schmalz, chose the artwork’s title from Hebrews 13:2, which he expresses this way: “Be kind to the stranger; you don’t know if they are angels unawares.” 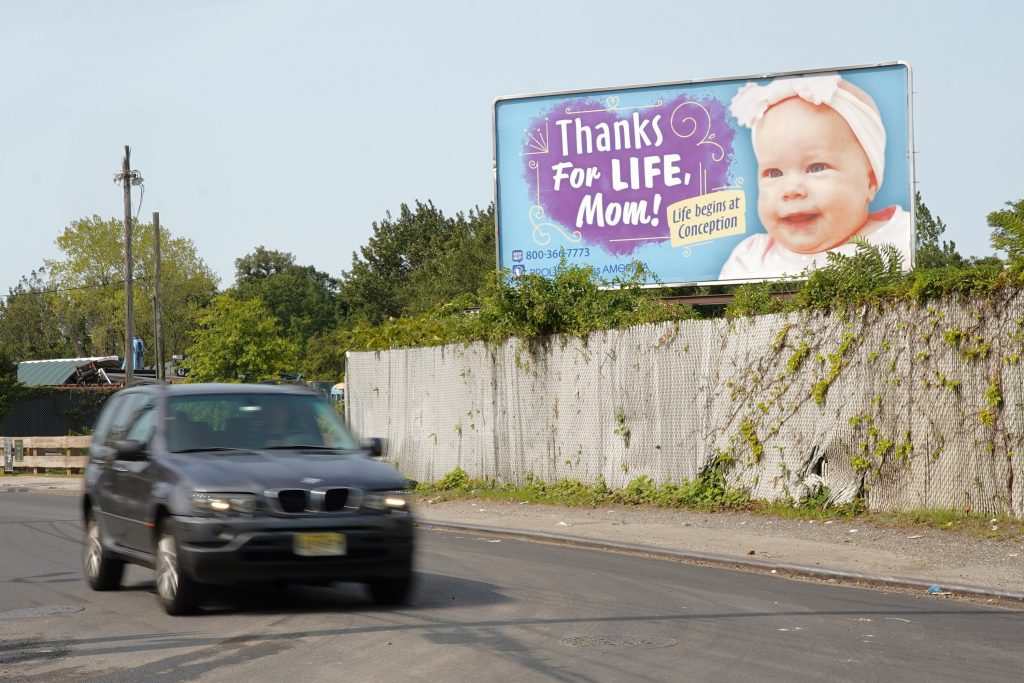