SOUTH BEND, Ind. (CNS) — Indiana Attorney General Curtis Hill said Oct. 3 he has overseen the return of the remains of 2,246 aborted fetuses back home to Indiana after they were discovered in September at the Illinois home of the late Dr. Ulrich “George” Klopfer. An investigation into thousands of medical records found in close proximity to the fetuses confirmed they all were aborted by Klopfer during a period from 2000 to 2002 at three clinics he once ran in Indiana, located in Fort Wayne, Gary and South Bend. “This investigation has been a team effort involving multiple offices and agencies since the day it began, and it remains a team effort as we proceed forward,” Hill said at a news conference. “Our priority throughout this process is to give proper respect to the remains of these unborn children and to the women and families associated with them. He added, “We are still working through the decision-making process in regard to ultimate disposition of these remains, and we will continue to proceed with appropriate care and consideration at each step of the way. For now, we can simply let everyone know that these remains are back home in Indiana.” He said the Coroner’s Office of St. Joseph County assisted his office in bringing the remains back to the state.

INDIANAPOLIS (CNS) — The U.S. Department of Justice has filed a “statement of interest” in a lawsuit brought against the Archdiocese of Indianapolis by a teacher fired from his job at a Catholic high school because he is in a same-sex marriage. Joshua Payne-Elliott alleges the archdiocese illegally interfered with his contractual and employment relationship at Cathedral High School. The case is being heard in a civil division of the Marion County Superior Court in Indianapolis. This past summer, the school announced that it had rescinded his contract based on the contract’s morality clause. The Justice Department Sept. 30 urged the Indiana court to stay out “of deciding what it means to be Catholic.” “The First Amendment demands that this lawsuit be dismissed,” it said. According to Becket, a nonprofit religious liberty law firm, which is representing the Indianapolis archdiocese, it is “relatively rare” for the Justice Department to file a statement of interest in state court. “The department tends to file statements of interest only when a violation of federal law is particularly clear or significant,” it said in a news release. Payne-Elliott’s lawsuit was filed July 10. The archdiocese has asked for the lawsuit to be dismissed, and a decision is expected in the coming weeks.

ATLANTA (CNS) — A U.S. District Court judge Oct. 1 temporarily blocked a Georgia law that would ban abortions once a fetal heartbeat is detected, which is around six weeks. Known as the “heartbeat bill,” it was signed into law May 7 by Georgia Republican Gov. Brian Kemp and was to have taken effect Jan. 1. The ruling by Judge Steve C. Jones will put it on hold while a lawsuit against it is argued in court. The suit was filed by Planned Parenthood Southeast, Sistersong Women of Color Reproductive Justice Collective, Feminist Women’s Health Center, and several patients and doctors. In reaction to Jones’ ruling, a spokeswoman for Kemp was quoted by USA Today as saying, “Despite today’s outcome, we remain confident in our position. We will continue to fight for the unborn and work to ensure that all Georgians have the opportunity to live, grow and prosper.” The measure makes exceptions to save the life of the mother and in the case of rape and incest if a police report is filed. It also makes exceptions to allow abortions when a fetus has serious medical issues. When it was passed, Republican Rep. Ed Setzler, the bill’s author, said the legislation was one of “common sense” to “balance the difficult circumstances women find themselves in with the basic right to life of a child.”

VATICAN CITY (CNS) — A person who claims to preach the Gospel by convincing people of their beliefs in Jesus is not evangelizing, but proselytizing, Pope Francis said. “If there is no Holy Spirit, there is no evangelization,” the pope said Oct. 2 during his weekly general audience. “This can be proselytizing, advertising. But evangelization means letting the Holy Spirit guide you, that he is the one that pushes you to announce, to proclaim with your witness, with martyrdom as well as with the word.” Continuing his series of talks on the Acts of the Apostles, the pope said that, following the martyrdom of St. Stephen, the violent persecution of Christians in Jerusalem seemingly brought the word of God “to a standstill.” However, while persecution “appears as the permanent state of life of the disciples,” it does not extinguish “the fire of evangelization.” Instead, it “feeds it even more.” The pope recalled the encounter of Philip, one of seven deacons chosen by the apostles, with an Ethiopian official who was reading a passage from the prophet Isaiah. After asking the man whether he understood what he was reading, the Ethiopian replied, “And how could I understand if no one guides me?”

LONDON (CNS) — An English bishop welcomed a court ruling allowing a brain-damaged girl to be treated in Italy against the wishes of U.K. doctors. Auxiliary Bishop John Sherrington of Westminster said the Oct. 3 judgment of the High Court recognized the desires of the parents of Tafida Raqeeb, a 5-year-old Muslim girl from London, to do all they could to help their daughter “in what are truly tragic circumstances. The heartbreaking illness of Tafida Raqeeb and the distress which the illness of a child causes parents touches the hearts of many people,” said Bishop Sherrington, lead bishop for life issues for the Bishops’ Conference of England and Wales. Tafida has been in a semi-comatose condition since she suffered severe bleeding on her brain in February. Doctors at the Royal London Hospital believe nothing more can be done for her and asked the court to rule that it was in her “best interests” that ventilation and other treatment was withdrawn. Her parents, Shelina Begum and Mohammed Raqeeb, argued, however, that they saw gradual and promising improvements in the child’s condition and believed she should be given more time to recover. Judge Alisdair MacDonald ordered the hospital to release Tafida so they could take her to the Gaslini Children’s Hospital in Genoa, Italy, which has agreed to treat her. MacDonald found that Tafida had the right to travel to another European Union state and that such treatment was in her best interests. 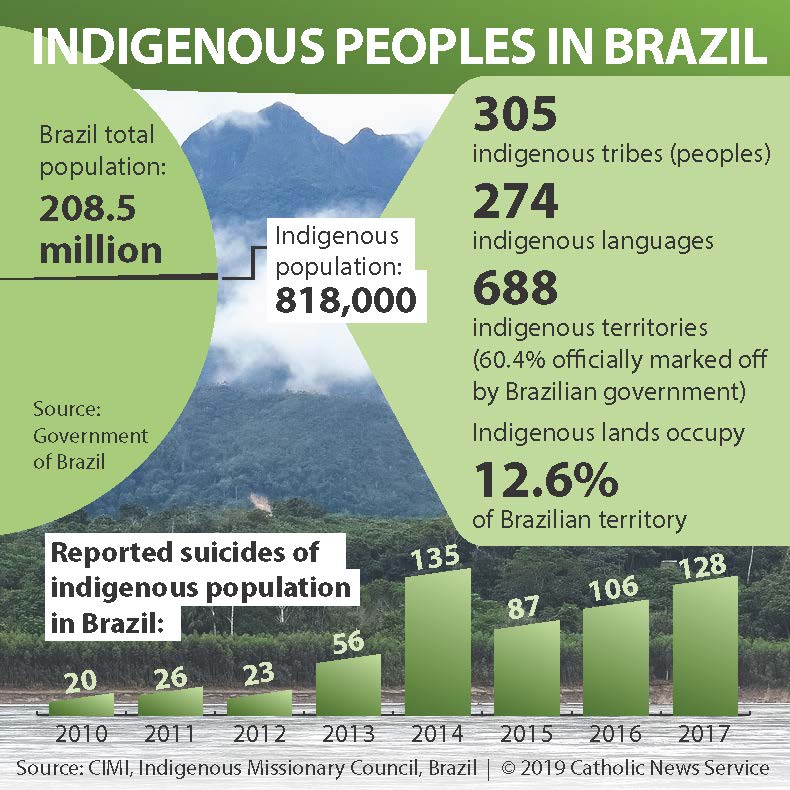 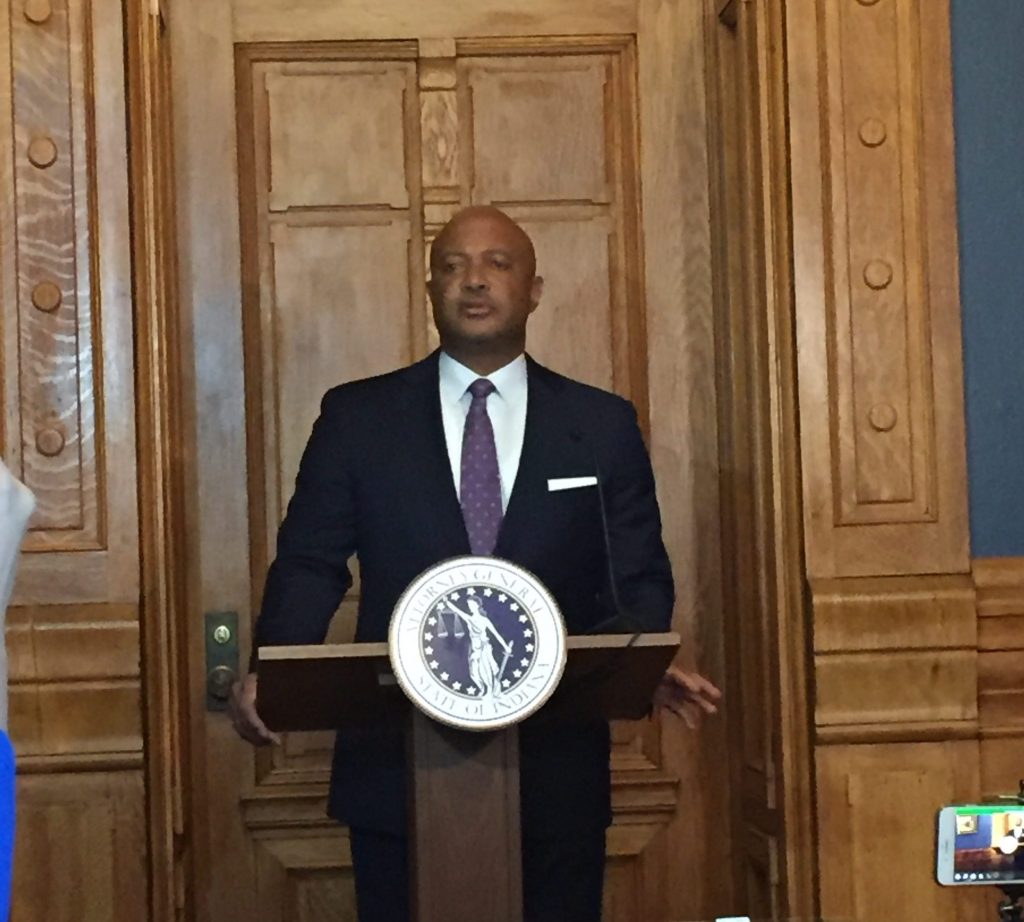 During a press conference in Indianapolis on Sept. 20, Indiana Attorney General Curtis Hill address the media about the investigation into the 2,246 aborted fetal remains found on the Illinois property of late abortion doctor Ulrich Klopfer after it was determined all of the remains came from three abortion centers he ran in Northern Indiana. — Natalie Hoefer