VATICAN CITY (CNS) — Working for Christian unity and engaging in formal theological dialogues to promote it obviously raises questions about what the nature and mission of the Church is. In a project that took two decades of work by Orthodox, Anglican, Protestant, Catholic and Pentecostal theologians, the World Council of Churches in 2013 published a document summarizing the points of greatest consensus. In late October, the Vatican gave the WCC its formal response to the document, which was called “The Church: Towards a Common Vision.” The response, coordinated by the Pontifical Council for Promoting Christian Unity and posted on its website, included input from Catholic theologians from around the world, bishops’ conferences and the Congregation for the Doctrine of the Faith. What is meant by “church” is a key ecumenical question as Christians work and pray for the unity Jesus wanted His followers to have, the Catholic response said. Or, as the WCC document said, “agreement on ecclesiology has long been identified as the most elemental theological objective in the quest for Christian unity.”

MIAMI (CNS) — The political and economic protests roiling Haiti are causing unprecedented lawlessness and impunity, compounding the suffering of Haitians, said the head of an Italian foundation working there. “I know there are other situations around the world that are difficult and appealing for our attention, but here this is really a potential catastrophic situation,” said Fiammetta Cappellini, a Haiti-based country representative for the Rome-based AVSI, a nonprofit organization created in 1972 and guided by Catholic social teaching. Cappellini noted that some of the agency’s 17 international staff and 100 Haitian staff in the country participated in an unprecedented but peaceful Catholic-led march through Port-au-Prince Oct. 22. Marchers called for a resolution to the crisis that has paralyzed the country. Frequent protests in Port-au-Prince, other regional cities and the rural areas have shut down transportation, closed businesses and hospitals and forced children to stay home from school, paralyzing the Caribbean nation of 11 million. In recent weeks, the U.S. Embassy in Haiti issued a security alert regarding possible protests in Haiti, and the last of U.N. peacekeepers left the country after a 15-year presence. Protesters, including Catholic leaders, have been calling for an end to corruption and mismanagement and for the removal of Haitian President Jovenel Moise.

Big push made for Mexican premiere of ‘Unplanned’ movie

WASHINGTON (CNS) — For U.S. elections, candidates and political parties may develop something they call a “50-state strategy.” But for the Oct. 25 premiere in Mexico of the Spanish-language version of “Unplanned,” actor Eduardo Verastegui, the movie’s executive producer, has employed a 32-state strategy. So far, Verastegui has visited 16 of Mexico’s 32 states to host screenings prior to the premiere of “Inesperado” (literally, “Unexpected” in Spanish), took a few days off for the nationwide debut, and was gearing up to visit the other 16 states. Regardless of language, the film tells the story of Abby Johnson, one of the youngest Planned Parenthood clinic directors in the United States, who changed her views once she witnessed an abortion and became an ardent pro-life advocate. “I met Abby Johnson 10 years ago,” Verastegui told Catholic News Service during an Oct. 21 phone interview from Guadalajara, Mexico, prior to his 14th “Inesperado” screening. After hearing Johnson tell her story, he said, “my admiration for her went to the sky.” He became attached to “Unplanned” eight months before its March 29 U.S. debut.

VATICAN CITY (CNS) — Poor people from the Amazon have shown that God’s creation must be treated “not as a resource to be exploited but as a home to be preserved, with trust in God,” Pope Francis said. He celebrated Mass Oct. 27 to mark the end of the Synod of Bishops for the Amazon, which brought together bishops, priests and religious, and lay men and women, including indigenous people, from the nine Amazonian countries. Synod participants, some wearing their native dress and feathered headdresses, led the procession into St. Peter’s Basilica. During the offertory, an indigenous woman presented the pope with a plant. Their presence was a reminder of the pope’s rebuke to a bishop who had made a derogatory comment about an indigenous man wearing his headdress at the synod’s opening Mass on Oct. 6. Instead of using a crosier made of precious metals, the pope carried a carved wooden crosier that the Vatican said was a gift from the synod. During the assembly, participants described the environmental devastation and social problems caused by mining in the Amazon. Pope Francis’ homily about the Gospel parable of the self-righteous Pharisee and the tax collector drew parallels to the situation in the Amazon. It also appeared to address critics who have called the synod heretical. The Pharisee was “the most pious and devout figure of the time, and the tax collector, the public sinner par excellence,” Pope Francis said. But in Jesus’ eyes, “the one who is good but presumptuous fails; the one who is a disaster but humble is exalted by God.”

WASHINGTON (CNS) — In light of continued attacks on houses of worship and holy sites around the world, the U.S. Commission on International Religious Freedom held an Oct. 23 hearing at the Capitol to learn ways to deter such attacks. Easy and immediate solutions, though, were elusive. “Houses of worship and religious sites are places that should be sanctuaries for believers to practice their faith,” said the commission’s chair, Tony Perkins. “States must ensure that religious sites are respected and protected” instead of “turning the sacred spaces into unimaginable sites of bloodshed.” Sam Brownback, the U.S. ambassador at-large for international religious freedom, who testified at the hearing, said: “There’s an ongoing worldwide crisis,” calling it a “war on faith.” He cited reports that “dozens of Uighur cemeteries and mosques have been destroyed” by a hostile Chinese government. “We hope we can usher in a new time of respect” for holy sites for all people of all faiths, Brownback added. “Humanity will be better off if they (sacred sites) are respected, protected and restored,” noting that Russia still has former churches being used as “hay barns.” Too many, though, declare, “We destroyed this site,” Brownback said, “as if they were proud of what they’d done.”

WICHITA FALLS, Texas (CNS) — By annulling an Obama administration requirement that doctors perform gender transition procedures or treatments, as well as abortions, a federal judge in Texas has upheld the conscience rights of medical professionals across the nation, said a lawyer for plaintiffs in the case. “It is critically important that doctors are able to continue serving patients in keeping with their consciences and their professional medical judgment, especially when it comes to the personal health choices of families and children,” said Luke Goodrich, vice president and senior counsel at Becket, a Washington-based nonprofit religious liberty law firm. In an Oct. 15 ruling, Judge Reed O’Connor of U.S. District Court for the Northern District of Texas in Wichita Falls affirmed his previous decision that “the rule imposes a substantial burden on private plaintiffs’ religious exercise.” In 2016, the Department of Health and Human Services issued a regulation, applicable to virtually every doctor in the country, that would have required them to recognize abortion or sex-change operations as appropriate medical care or face prosecution for sex discrimination. Becket filed a lawsuit in the U.S. District Court in Texas on behalf of Franciscan Alliance, a religious hospital network sponsored by the Sisters of St. Francis of Perpetual Adoration, and the Christian Medical & Dental Associations, defending them from the new government regulation. The states of Texas, Kansas, Kentucky, Nebraska and Wisconsin also joined in the suit. 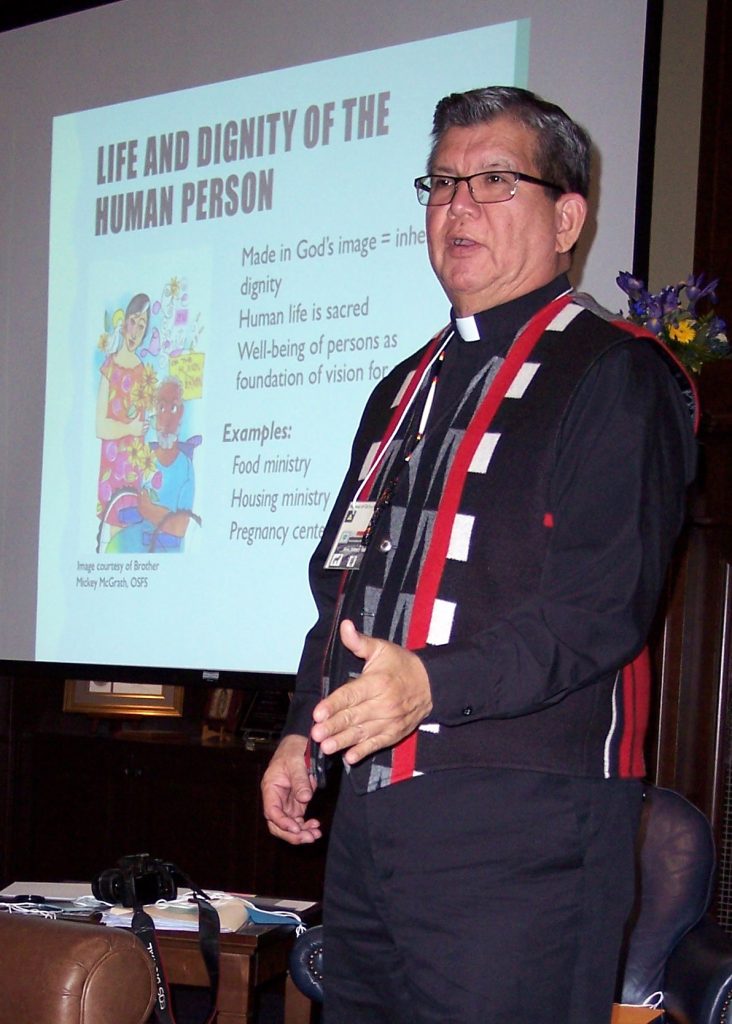