VATICAN CITY (CNS) — During this time marked by global crisis, St. Joseph can offer people support, consolation and guidance, Pope Francis said. St. Joseph is a man full of faith in God and his providence, the pope said Nov. 17 at his weekly general audience in the Vatican’s Paul VI hall. The saint also “reminds the Church to keep her eyes on what the world deliberately ignores” and to consider as important what others discard, he said. “He is truly a master of the essential: He reminds us that what truly matters does not attract our attention, but requires patient discernment to be discovered and appreciated,” he added. The day’s audience talk was the first of a new series of talks dedicated to the foster father of Jesus and husband of Mary. Pope Francis had proclaimed a “Year of St. Joseph” from Dec. 8, 2020, to Dec. 8, 2021, to mark the 150th anniversary of the declaration of St. Joseph as patron of the universal Church. The saint is held up as an example of sacrificial fatherhood and purity and as an intercessor in healing and fighting the world’s evils. “Never like before, today, in this time marked by a global crisis,” the pope said, “can he offer us support, consolation and guidance.”

WASHINGTON (CNS) — The U.S. bishops agreed Nov. 17 that the sainthood causes for three laypeople from the United States should be advanced by their respective dioceses. Bishop J. Douglas Deshotel of Lafayette, Louisiana, presented the causes of Auguste Robert “Nonco” Pelafigue and Charlene Richard. Bishop Larry Silva of Honolulu presented the third cause — Joseph Dutton. The 2007 Vatican document “Sanctorum Mater” requires the diocesan bishop promoting a sainthood cause to consult with the body of bishops on the advisability of pursuing the cause. The bishops affirmed advancement of all three causes via voice votes with no audible dissent on the second of two days of public sessions during their Nov. 15-18 fall general meeting in Baltimore. All three sainthood candidates have the title “Servant of God,” given to them when their causes were officially opened. Auxiliary Bishop John P. Dolan of San Diego urged his fellow bishops that during November, which is Black Catholic History Month, that they “beg our heavenly Father” to further the sainthood causes of six Black Catholic Americans: Sister Thea Bowman, Mother Mary Lange and Julia Greeley, who all have the title “Servant of God”; and Mother Henriette Delille, Father Augustus Tolton and Pierre Toussaint, all of whom have the title “Venerable.”

WASHINGTON (CNS) — The U.S. bishops’ “Walking with Moms in Need” initiative may have been slowed by the coronavirus pandemic, but it has by no means stopped helping expectant mothers from any walk of life, according to Archbishop Joseph F. Naumann of Kansas City, Kansas. This initiative “has the capacity to take what is often seen as a partisan divide and transform it into pastoral unity, bridging the divide between Catholics who describe themselves using the labels of ‘pro-life’ or ‘social justice,’” said Archbishop Naumann, chairman of the bishops’ Committee on Pro-Life Activities. “The vision of WWMIN is that a pregnant or parenting mother in need can turn to any local Catholic parish and be connected with the life-affirming assistance and accompaniment that she needs,” Archbishop Naumann said Nov. 17 during a presentation at the bishops’ annual fall general assembly in Baltimore. The initiative was timed to launch on the 25th anniversary of St. John Paul II’s encyclical “The Gospel of Life” (“Evangelium Vitae”). The date was March 25, 2020, which fell during the second week of the pandemic. “The good news is that all of the WWMIN resources, including timelines and schedules, are fully adaptable to meet the specific needs and circumstances of your diocese and parishes,” Archbishop Naumann told his fellow bishops. The initiative’s website is WalkingWithMoms.com.

Bishops urged to implement framework for marriage and family ministry

BALTIMORE (CNS) — The chairman of the U.S. bishops’ Committee on Laity, Marriage, Family Life and Youth called on his fellow bishops Nov. 17 to work “in every way possible” to implement the national pastoral framework for marriage and family ministry that they approved in June. Archbishop Salvatore J. Cordileone of San Francisco said that addressing marriage and family life is vital in a time when families are under rising threats from “sweeping ideological currents that destroy and undermine our sexual identity as man and woman and God-given vocations as father and mother, son or daughter.” Bolstering marriage and family ministry is an appropriate undertaking to start during the “Amoris Laetitia Family Year,” declared by Pope Francis, the archbishop said in remarks on the second day of public sessions during the U.S. Conference of Catholic Bishops’ fall general assembly Nov. 15-18 in Baltimore. Titled “Called to the Joy of Love: A Pastoral Framework for Marriage and Family Life Ministry,” the document can serve as a practical guidebook to serve couples and families because it offers an adaptable set of principles and strategies for pastoral care, Archbishop Cordileone explained. To help implement the framework, the Catholic Marriage Initiatives Fund, seeded with $1 million, has been established, the archbishop said. Funds will be distributed on a competitive basis in amounts ranging from $10,000 to $50,000, provided a diocese or eparchy can match the amount being awarded. Applications for the first round of awards are due Dec. 10. Applications are online at CatholicMarriageFund.org.

Bishops give approval for new Order of Christian Initiation of Adults

WASHINGTON (CNS) — The U.S. bishops approved a revised English edition of the Order of Christian Initiation of Adults. Under a separate action, they also did the same with a revised edition in Spanish. Both actions took place Nov. 17, the second day of two days of public sessions during their Nov. 15-18 fall general meeting in Baltimore. The English version passed 215-0 with two abstentions. The Spanish version passed 218-3 with one abstention. Both needed two-thirds of the U.S. Latin-rite bishops’ approval; they still require a subsequent “confirmatio” and “recognitio” by the Vatican Congregation for Divine Worship and the Sacraments. More commonly known over the past two generations as the Rite of Christian Initiation of Adults, or RCIA, the name is being changed to Order of Christian Initiation of Adults, or OCIA. However, for those adults joining the church at the Easter Vigil, there continue to be several rites they go through to mark their emergence as full members of the Catholic Church. (The Spanish edition will retain its acronym of RICA, for Ritual de la Iniciacion Cristiana de Adultos.) Archbishop Leonard P. Blair of Hartford, Connecticut, chairman of the bishops’ Committee on Divine Worship, reminded the U.S. bishops they had authorized in 2019 a new translation of the texts used in the RCIA/OCIA by the International Commission on English in the Liturgy. 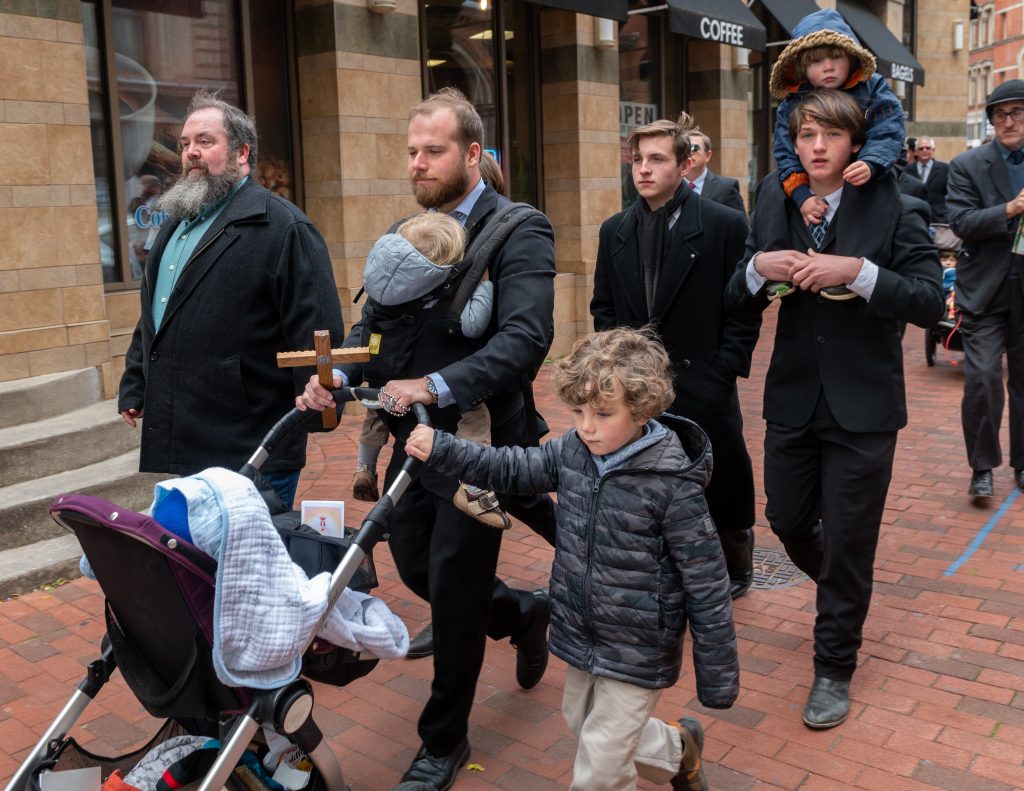