WASHINGTON, D.C. (CNS) – Catholic Church leaders are taking a new approach to passing on the Faith, saying they recognize a pressing need to do this in a way that adapts to the modern world. This new outreach, called the Institute on the Catechism, is not a place but instead a new springboard for faith formation developed by the U.S. Conference of Catholic Bishops’ Subcommittee on the Catechism. It will involve catechetical publishers working directly with the USCCB subcommittee on new ways to pass on the Faith using digital tools and aiming to reach a more diverse Church. It will also provide resources to dioceses and yearly, in-person training conferences and retreats for diocesan catechetical leaders. As Bishop Frank J. Caggiano of Bridgeport, Connecticut, Chairman of the bishops’ Subcommittee on the Catechism, sees it: Catholic parishes need to re-create a “Catholic culture that recognizes we’re in the 21st century. We can’t go back to 1950; it’s gone.” Re-creating what he describes as a “radically different model” for teaching the Faith is something he has been working on with this subcommittee for the past several years. The bishop announced the proposal to create the institute at the bishops’ spring meeting last June. It will officially launch Nov. 10-12 just ahead of the bishops’ annual fall meeting in Baltimore.

VATICAN CITY (CNS) – Russia’s ambassador to the Vatican confirmed that Pope Francis helped facilitate recent prisoner exchanges with Ukraine and said the Vatican is ready to act as a mediator between Ukraine and Russia. The Italian news agency Askanews reported that the ambassador, Aleksandr Avdeyev, said the exchanges of prisoners occur in accordance with the lists of military prisoners of the Armed Forces of Ukraine; the lists are handed over by Pope Francis. “In this case, we highly appreciate the personal actions of the pontiff, who is carrying out a very important humanitarian mission that allows hundreds of people to return to their families,” Avdeyev said. Returning to the Vatican from Bahrain on Nov. 6, Pope Francis told reporters traveling with him that the Vatican is “constantly attentive” to what is happening in Ukraine, and that the Secretariat of State continues to do what is possible and has worked behind the scenes to help arrange prisoner exchanges. The pope also told reporters that he thinks the cruelty of the attacks on Ukraine and its civilians are the work of mercenaries, not Russians, who are “a great people” and have a strong “humanism.”

WASHINGTON, D.C. (CNS) – Although Catholic leaders and state Catholic conferences had pushed for the defeat of ballot measures protecting legal abortion and urged voters to pass measures restricting abortions, state voters ultimately went the other way on Nov. 8. Voters in California, Vermont, and Michigan approved abortion protections, while Kentucky and Montana voters rejected abortion restrictions. These ballot measures were the first time voters faced the opportunity to weigh in on abortion laws since the Supreme Court’s Dobbs decision in June that overturned Roe v. Wade, its 1973 case legalizing abortion nationwide. Catholic bishops in states where these votes took place expressed disappointment and renewed their commitment to keep up the fight to end abortion and to provide support to women and families in need. “Abortion is now legal in Michigan at an unprecedented level, and millions of lives are at stake,” wrote Detroit Archbishop Allen H. Vigneron in a letter to Catholics posted on the archdiocesan website on Nov. 9. “We awake today to the news that Proposal 3 has passed, altering our state constitution to allow for unregulated and unsafe abortion on demand in Michigan,” he wrote, saying that people of faith are “deeply saddened by this grave assault on the dignity and sanctity of unborn, innocent human life.”

NAIROBI, Kenya (CNS) – As the U.N. climate change conference unfolds in the Egyptian city of Sharm el-Sheikh, Catholic bishops in Africa are warning that there cannot be climate justice without land justice. The bishops of the Symposium of Episcopal Conferences of Africa and Madagascar said on Nov. 8 that land, natural resources, and the ecosystem were the main sources of subsistence for the people in Africa, but many did not have access to land due to perverse commercial relations and ownership. At the same time, as the people struggled against the current global climate crisis, they were victims of land and water grabs, experienced pollution of their water and soil by pesticides, and were losing biodiversity and traditional seeds, according to the bishops. “Communities share the experience that, as they claim their rights to land, they are being persecuted, which is leading to more violent conflicts, despair, and instability,” Congolese Cardinal Fridolin Ambongo Besungu, president of SECAM’s Justice, Peace, and Development Commission, said in a statement titled, “No climate justice without land justice.” The cardinal said it was clear the communities would be better if their resources were not captured by powerful people and corporations and given away by weak public institutions.

OXFORD, England (CNS) – The European Union’s Catholic bishops urged action to protect the bloc’s 450 million citizens against dramatic energy and food price hikes this winter. “The misuse of energy as a tool of geopolitical coercion that we are currently witnessing should prompt the international community to find institutional means for an effective, inclusive, and equitable global governance of energy; a real and lasting peace will only be possible on a global ethic of solidarity and cooperation,” said the Commission of the Bishops’ Conferences of the European Union, COMECE. “As winter approaches, we call on all who bear responsibility in public life not to abandon families and persons who are vulnerable or victims of socio-economic discrimination, unable to cope with soaring inflation and pay for heating or electricity.” The statement was published as prices skyrocketed under the impact of war in Ukraine and international sanctions against Russia after its Feb. 24 invasion. COMECE said Europe’s overdependence on Russian oil and gas imports had allowed Moscow to weaponize energy supplies, intensifying insecurity across Europe, especially for the most vulnerable. “Many people were already severely impacted by the COVID-19 pandemic, while the energy crisis adds to their economic and mental burden; while some companies are going bankrupt, others are laying off workers, and many people can no longer cope with the rising cost of living,” added the Brussels-based commission, which represents around 1,000 bishops from the EU’s 26 member-states.

NEW YORK (CNS) – Declining access to food, greater discrimination against women, and widening restrictions on religious freedom have contributed to a higher rate of poverty worldwide, said a new report issued by a Fordham University program. Overall, 26.2% of the world’s population lives in poverty, according to the Fordham Francis Global Poverty Score. The score is based on seven measures for human well-being – four governing material needs and three related to spiritual needs – identified by Pope Francis during a 2015 address to the United Nations. The pope described material needs – water, food, housing, and employment – and spiritual needs – education, religious freedom and civil rights – at the time. Henry Schwalbenberg, director of the university’s graduate program in International Political Economy and Development, said the findings show that extreme poverty as measured under the seven criteria is the highest since the score was developed in 2015. The program released the report on Nov. 11 during a United Nations side event at the school marking the World Day of the Poor, which Pope Francis designated for the 33rd Sunday of Ordinary Time. This year the day falls on Nov. 13. The report said the score is an average of data collected from more than 80 countries, none from the developed world. It uses the most recent available data – some dating from 2019 – from various U.N. agencies and nongovernmental organizations to make its assessment.

WASHINGTON, D.C. (CNS) – Polish filmmaker Michal Kondrat said the title of his latest film, “PROPHET,” has two meanings. The movie, a biopic about 20th-century Polish Cardinal Stefan Wyszynski, delves into the Polish Communist Party’s yearslong operation to delegitimize him. Prophet was the name of “the mission of getting rid of the cardinal and abolishing the Catholic Church,” said Michal Kondrat, the film’s director. But it also bears that name because Cardinal Wyszynski, who was beatified in 2021, “discovered Karol Wojtyla,” he said. “And he supported Karol Wojtyla, who was (later) Pope John Paul II. He paved the path of Pope John Paul II.” “PROPHET” will get a limited run on select U.S. screens on Nov. 15 and Nov. 17, as part of the Fathom Events series of special screenings. It hadn’t even made its premiere in Poland at the time of Kondrat’s Nov. 8 video interview with Catholic News Service from his home in Poland. Even so, when it bows on the big screen, it will be in just a few screens in some of the country’s biggest cities. But “we have very good feedback from the first viewers,” Kondrat said. It will later be shown in France, Spain, England and Latin America. “I chose him (as a film subject) because I was impressed because of his power and his courage, and it’s just a very important person,” Kondrat said. 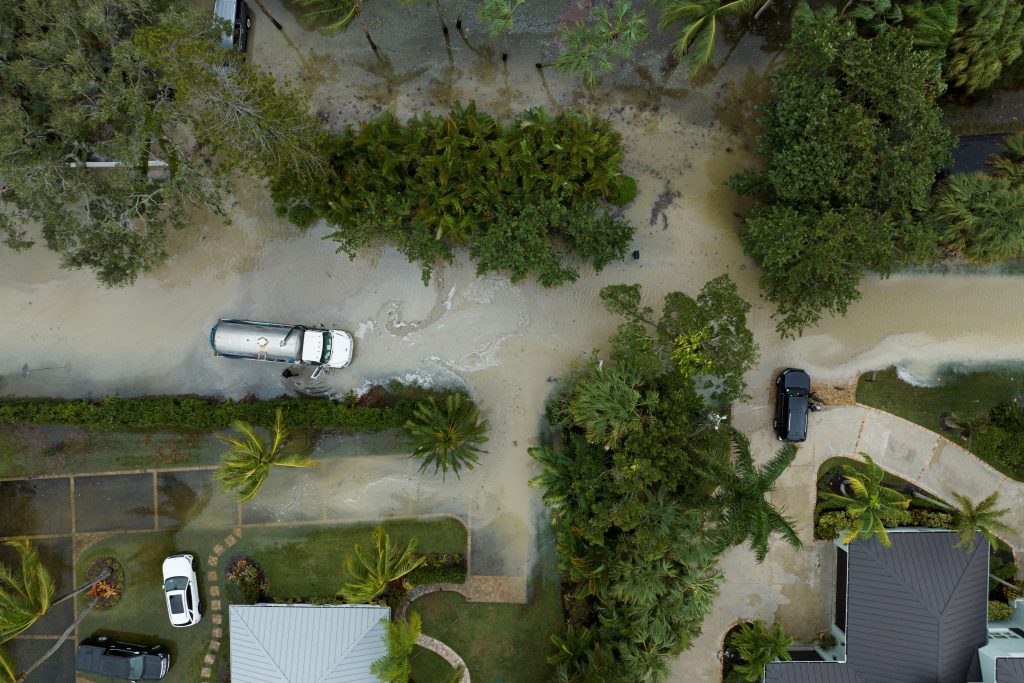