MINNEAPOLIS (CNS) — About 1,500 pumpkins of varying sizes and colors have taken up residence on the grounds of Our Lady of Peace Church and School in south Minneapolis. They arrived from New Mexico Oct. 16 and became part of the parish’s second annual pumpkin patch that opened the next day. The idea came from Charlie Allen, a parent of two children who attend the parish’s Catholic school. For several years, he has wanted to create an event that not only could raise money for the parish and school, but also could be a way to build stronger ties between the two and with the neighborhood surrounding the parish. It’s working. He launched it last year with 800 pumpkins that went on sale at the event held daily on the parish grounds. In two weeks, he sold every pumpkin and raised $4,000 for the church and school. This year, he made it bigger, adding nearly double the number of pumpkins and setting a fundraising goal of $10,000. The pumpkin patch already was off to a good start. Pumpkin sales on the first day exceeded the total of the highest day last year. Crowds were high during the weekend of Oct. 17-18, and he expected the pumpkins to be sold out by Oct. 30. Throughout the time the pumpkin patch was going on last year, Allen heard from people in the neighborhood who said to him, “You know, we need this. This is exciting.”

AVENUE, Md. (CNS) — On a day of history for the U.S. Catholic Church, Washington Archbishop Wilton D. Gregory — who four hours earlier had learned Pope Francis had named him a cardinal — celebrated his first Mass as a cardinal-designate Oct. 25 at Holy Angels Church in Avenue in Southern Maryland. The church is near the cradle of U.S. Catholicism, a few miles from St. Clement’s Island, where Jesuit Father Andrew White celebrated the first Mass in the English-speaking colonies March 25, 1634, after colonists from England made landfall there. “It takes us back to the beginning. I thought about it all during Mass, (that) I’m so close to the beginning of the faith here in the United States on this first day of the announcement of my appointment,” Cardinal-designate Gregory said in an interview after the Mass. He added, “It takes me back to the beginning of the proclamation of the Gospel and the care of God’s people” in what became the United States. Celebrating the 250th anniversary Mass for Holy Angels had been on his calendar for a long time. “It wasn’t something I planned. It was something God planned,” he said.

WASHINGTON (CNS) — The chairman of the U.S. bishops’ Committee on Religious Liberty praised the Department of Health and Human Services for resolving discrimination complaints over two hospitals’ refusal to let patients have access to the sacraments of baptism and the anointing of the sick during the COVID-19 pandemic. “Jesus Christ, physician of our souls and bodies, gave us the sacraments to convey God’s grace and healing,” Archbishop Thomas G. Wenski of Miami said in an Oct. 21 statement. “As Pope Francis has noted, the sacraments are ‘Jesus Christ’s presence in us.’ Without them, we are distanced from God, the source of our being and meaning. It is of paramount importance that our government, public health authorities and health care providers strive to respect the liberty of the faithful to receive the sacraments,” he said. The Office for Civil Rights at HHS announced Oct. 20 the resolution of complaints involving MedStar’s Southern Maryland Hospital Center, which is part of the MedStar Health System, and one involving Mary Washington Healthcare in Virginia. “COVID-19 requires us to limit or modify our physical interactions to some degree, in order to reduce risks to physical health,” Archbishop Wenski said.

MEXICO CITY (CNS) — Arturo Rodríguez asked St. Jude Thaddeus “for a big favor.” A chauffeur in Mexico City, Rodríguez said a relative was robbed and slashed with a knife almost a decade ago, but made a miraculous recovery after the chauffeur prayed to St. Jude Thaddeus, whom he learned about through friends. Rodríguez, 31, confessed he does not attend his local parish all that often. “But I’m here every 28th,” he said from the St. Hippolytus Church in central Mexico City, where St. Jude is celebrated on the 28th of every month, not just on his official feast day of Oct. 28. St. Jude is known as the patron saint of difficult and desperate causes. It’s a devotion that’s found fertile ground in Mexico, where millions confront seemingly difficult and desperate problems in their daily lives. Devotees like Rodríguez articulate an almost transactional faith, in which they ask St. Jude for intervention and promise to repay him with monthly visits to one of the many shrines erected in his honor around the country. Such faith also covers the complications of life in Mexico and a devotion embraced by rich and poor alike, along with police and prisoners — and even people acting outside the law.

Catholic couple find solidarity with others in sharing NFP struggles, other challenges

SUPERIOR, Wis. (CNS) — Actively living out their Catholic faith as individuals and a couple — following the Church’s teachings on natural family planning in particular — has sometimes been challenging for Nick and Emily Frase. But for Nick, who grew up in the Diocese of Superior, the lesson that being a faithful Catholic wouldn’t always come easy was built into his formation. Strength in their faith and the support of a solid Christian community has guided the couple through trying times. “Having that community of a bunch of people just trying to do marriage and parenthood to the best of their ability has made all the difference with us remaining faithful to the Church and each other,” Emily told the Superior Catholic Herald, the diocesan newspaper, in a phone interview from Virginia, where the couple now live. “We’ve met a lot of faithful couples who are in agreement that the era of comfortable Christianity is over,” Nick agreed. Emily shares the couple’s faith and family life, including their struggles with NFP, on her blog: Total W(h)ine, https://totalwhine.com. 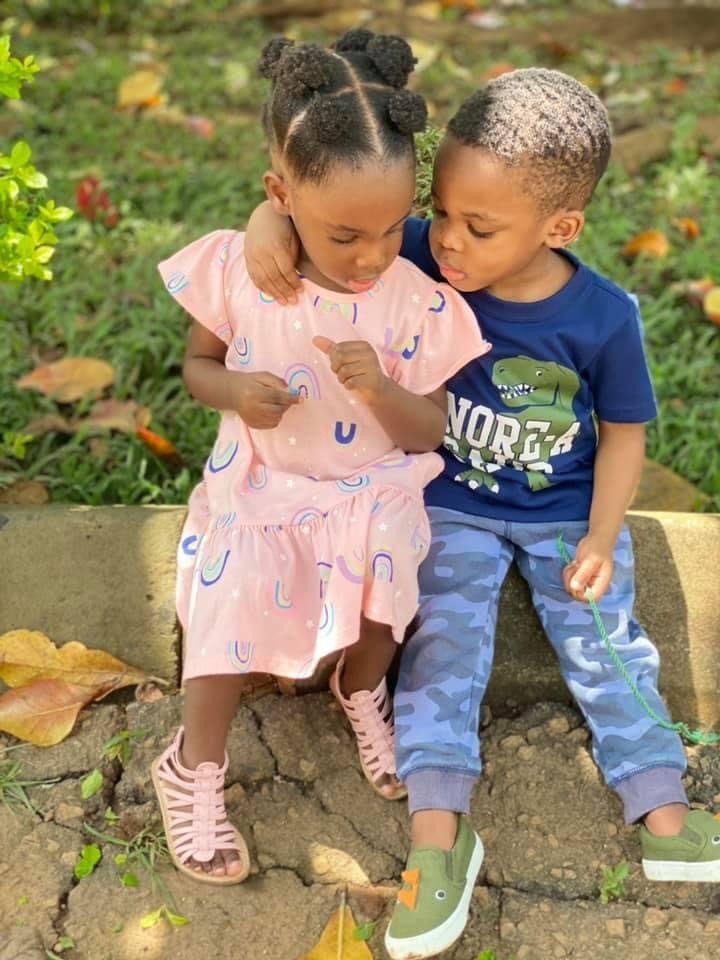 Grace and Kaleb, seen in this undated photo, are the children of Kristi and Geoff Okwuonu. who adopted them through Catholic Charities of Baltimore. (CNS photo/courtesy Kristi Okwuonu via Catholic Review)