VATICAN CITY (CNS) — Every bishop in Chile offered his resignation to Pope Francis after a three-day meeting at the Vatican to discuss the clerical sexual abuse scandal. “We want to announce that all bishops present in Rome, in writing, have placed our positions in the Holy Father’s hands so that he may freely decide regarding each one of us,” Bishop Juan Ignacio Gonzalez Errazuriz of San Bernardo said May 18 in a statement on behalf of the country’s bishops. The unprecedented decision was made on the final day of their meeting May 15-17 with Pope Francis. Auxiliary Bishop Fernando Ramos Perez of Santiago, secretary-general of the Chilean bishops’ conference, said the pope had read to the 34 bishops a document in which he “expressed his conclusions and reflections” on the 2,300-page report compiled by Archbishop Charles Scicluna of Malta and his aide, Father Jordi Bertomeu, during a visit to Chile to investigate the scandal. “The pope’s text clearly showed a series of absolutely reprehensible acts that have occurred in the Chilean Church in relation to those unacceptable abuses of power, of conscience and sexual abuse that have resulted in the lessening of the prophetic vigor that characterized her,” Bishop Ramos said.

Pope expresses concern about ‘spiral of violence’ in Holy Land

VATICAN CITY (CNS) — Warning that violence will never bring peace, Pope Francis urged all sides to do all they can to foster dialogue in the Middle East. “I am very worried about the intensifying tensions in the Holy Land and the Middle East and about the spiral of violence that increasingly leads away from the path of peace, dialogue and negotiations,” he said in an appeal May 16 during his general audience in St. Peter’s Square. The Associated Press reported that May 14, the same day the United States was inaugurating its embassy in Jerusalem, Israeli forces shot and killed 57 Palestinians and injured more than 2,700 people during mass protests along the Gaza border. In addition, a baby died from tear gas inhalation, the Gaza Health Ministry said, bringing the death toll to 58. Expressing his sadness for those killed and injured, and prayers for all who are suffering, the pope underlined that violence is never of any use for bringing peace. “War is called war, violence is called violence,” he said.

Paul VI accused Archbishop  Lefebvre of acting like an ‘antipope’

VATICAN CITY (CNS) — Confronting a rebel archbishop’s accusations and acts of defiance was the heaviest cross Blessed Paul VI had to bear in his pontificate, said a new book based on never-before published notes and documents. After years of correspondence and efforts at convincing Archbishop Marcel Lefebvre, founder of the traditionalist Society of St. Pius X, to accept the teachings of the Second Vatican Council and the authority of the pope, Blessed Paul lost his patience at times in a private meeting with the suspended cleric at the papal villa in Castel Gandolfo, Sept. 11, 1976. “You said it and wrote it. (That) I would be a modernist pope. By applying an ecumenical council, I would betray the church. Do you understand that if this were so, I would have to resign and invite you to take my place and lead the church?” Pope Paul said, according to a top Vatican official’s report of the proceedings. The typed report and handwritten notes and letters of Blessed Paul are part of a new Italian book, “The Barque of Paul,” by Msgr. Leonardo Sapienza, regent of the Prefecture of the Pontifical Household.

VATICAN CITY (CNS) — Colombian Cardinal Dario Castrillon Hoyos, a longtime Vatican official, died early May 18 in Rome at the age of 88. In a message of condolence to the College of Cardinals, the cardinal’s family and admirers, Pope Francis praised his “generous service” to the Church and described him as a “well-deserving servant of the Gospel.” The cardinal’s funeral was celebrated May 19 in St. Peter’s Basilica. Cardinal Angelo Sodano, dean of the College of Cardinals, was principal celebrant. Pope Francis officiated over the final commendation at the end of the Mass. Cardinal Castrillon formally retired a few days after his 80th birthday as president of the Pontifical Commission “Ecclesia Dei,” the commission charged with outreach to the traditionalist Society of St. Pius X and assistance to Catholics attached to the pre-Vatican II liturgy. With the cardinal’s retirement, then-Pope Benedict XVI placed the commission under the Congregation for the Doctrine of the Faith; the realignment was seen as a response to the widespread criticism that arose a couple of months earlier when Pope Benedict lifted the excommunication of four traditionalist bishops, including one who denied the extent of the Holocaust.

Archbishop asks for prayers to bring peace to Palestinians, Israel

WASHINGTON (CNS) — The chairman of a U.S. Conference of Catholic Bishops committee echoed Pope Francis in calling for reconciliation and peace in the Holy Land amid ongoing violence between Israel and Palestinians. Quoting the pope’s Easter prayer for peace, Archbishop Timothy P. Broglio of the Archdiocese for the Military Services, USA, May 18 called for “fruits of reconciliation for the Holy Land, also experiencing in these days the wounds of ongoing conflict that do not spare the defenseless.” The archbishop, who chairs the U.S. bishops’ Committee on International Justice and Peace, said in a statement the violence in Gaza that has led to 60 Palestinian deaths and injuries to more than 2,000 since May 14 “is deeply troubling. Recognizing Israel’s right to self-defense, it is difficult to justify the death of protesters,” Archbishop Broglio said. Israeli troops fired into Gaza during a May 14 mass protest at the Gaza-Israel border, killing dozens. The violence occurred the same day the United States opened its Jerusalem embassy.

PHILADELPHIA (CNS) — The Archdiocese of Philadelphia is suing the city of Philadelphia in a religious freedom case centered on the placement of children in foster care. The Becket Fund for Religious Liberty filed the lawsuit May 16 in the U.S. District Court in Philadelphia on behalf of archdiocesan Catholic Social Services and three women caregivers associated with the archdiocesan agency. CSS is a Catholic agency that on average serves 127 foster children a day placed in more than 100 families in the city. Providing such care for more than a century, the agency adheres to Catholic teaching that opposes same-sex marriage and affirms marriage as a sacrament reserved only to one man and one woman. The 40-page complaint charges the city is breaching its contract with CSS to place at-risk children in foster care homes and is violating religious freedom clauses of the U.S. and Pennsylvania constitutions. At issue is a long-standing practice of CSS not to perform evaluations of the homes of same-sex couples wishing to care for foster children and instead to refer the required process to one of seven other foster agencies contracted by the city’s Department of Human Services. The conflict between the city and Catholic Social Services began brewing in March when DHS publicly urged 300 new foster families to help care for more than 6,000 foster children in Philadelphia.

VATICAN CITY (CNS) — Pope Francis announced he would make 14 new cardinals June 29, giving the red cardinal’s hat to the papal almoner, the Iraq-based patriarch of the Chaldean Catholic Church and the archbishop of Karachi, Pakistan, among others. Announcing his choices May 20, the pope said that coming from 11 nations, the new cardinals “express the universality of the Church, which continues to proclaim the merciful love of God to all people of the earth.”

With the new nominations, the number of cardinal-electors — those under 80 and eligible to vote in a conclave — will exceed by five the limit of 120 set by Pope Paul VI. But previous popes also set the limit aside without formally changing the limit. The new cardinals hail from Iraq, Spain, Italy, Poland, Pakistan, Portugal, Peru, Madagascar, Japan, Mexico and Bolivia. 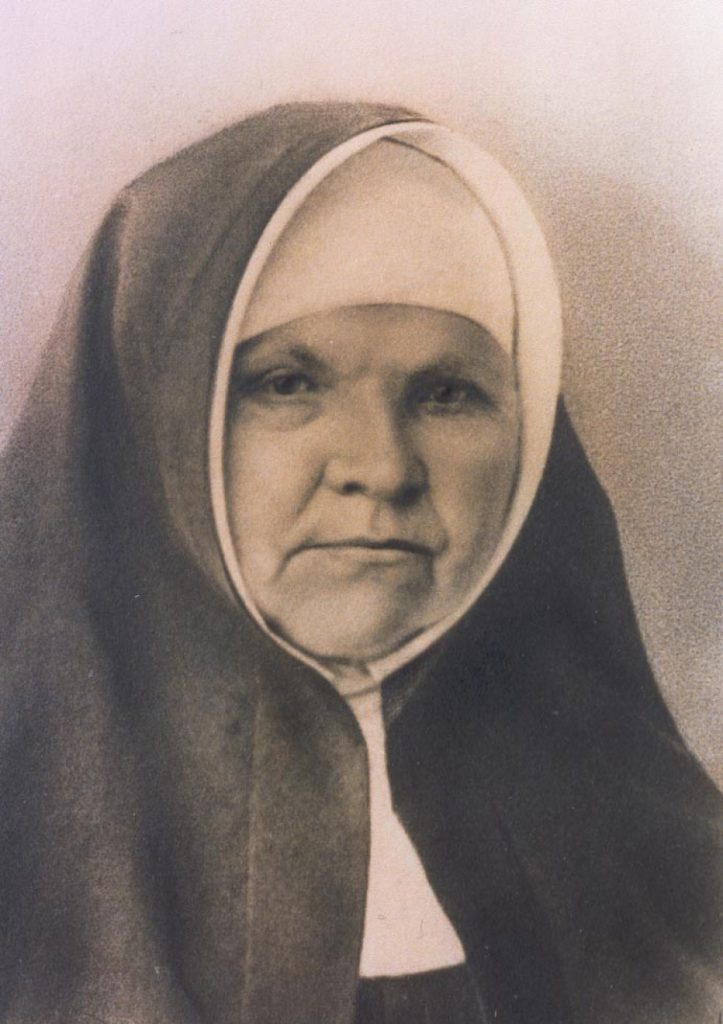 VATICAN CITY (CNS) — Pope Francis will declare Blesseds Oscar Romero, Paul VI and four other saints, including Mother Catherine Kasper, founder of the Poor Handmaids of Jesus Christ, whose motherhouse is in Donaldson. Their canonization date will be Oct. 14 at the Vatican, during the meeting of the world Synod of Bishops. The date was announced May 19 during an “ordinary public consistory,” a meeting of the pope, cardinals and promoters of sainthood causes that formally ends the sainthood process. The other men and women to be canonized on the day are Father Francesco Spinelli; Father Vincenzo Romano; and Nazaria Ignacia March Mesa.