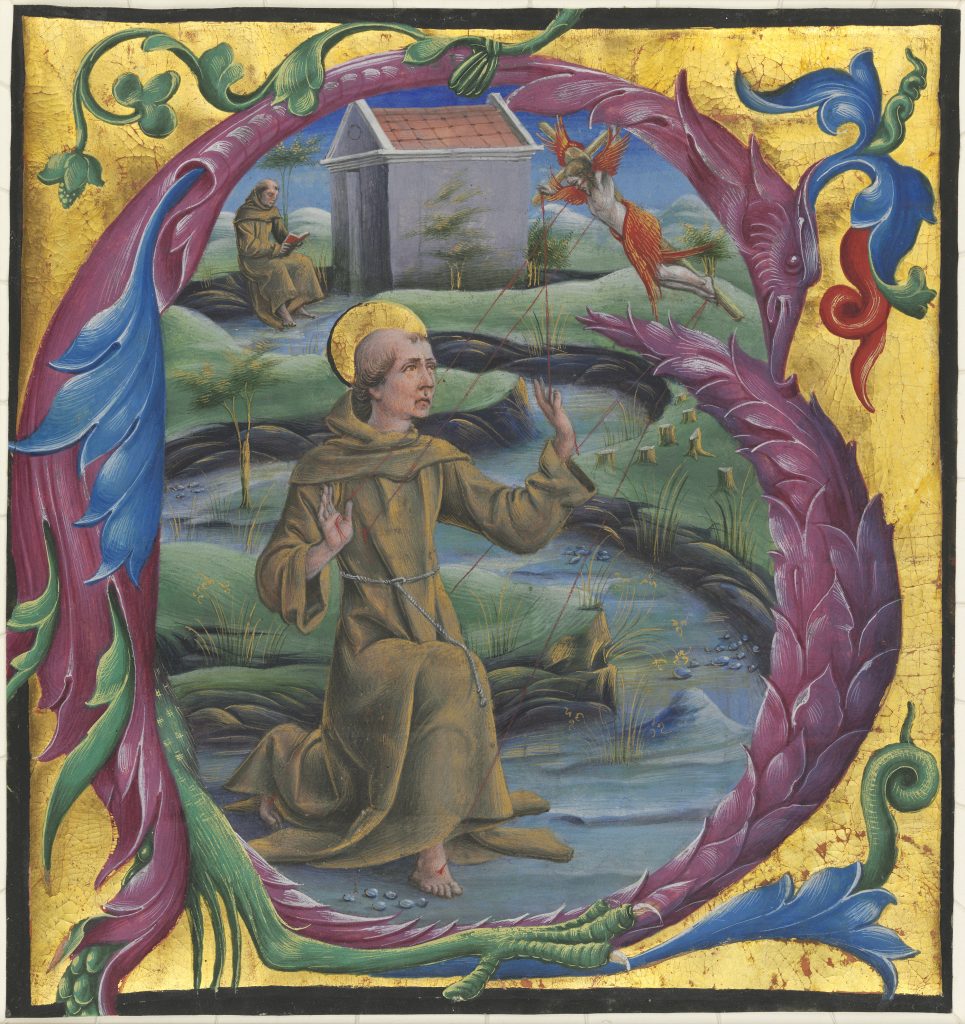 AMMAN, Jordan (CNS) — Iraqi Catholic leaders are urging Christians to remain steadfast in this Lenten season as they encounter challenges of the so-called Islamic State’s legacy in their historic lands. In a Lenten pastoral letter, Chaldean Catholic Patriarch Louis Sako of Baghdad urged Iraqi Christians to pursue unity with other Christians at this sacred time with “open hearts.” “Many Christians today live in a crisis of faith and intellect because of the circumstances of war, instability, migration and the dominance of social media on the details of their daily lives,” he wrote in the letter, released Feb. 21. Many Chaldean Catholics lost their homes, properties and other possessions as they fled the so-called Islamic State militants in the summer of 2014. Many are destitute, still living in camps for the internally displaced or sheltering abroad. “However, these challenges should not discourage their determination and dissuade them from renewing their faith and deepening it, to witness of the Lord and his church,” the patriarch said, calling on Christians to “increase within themselves strength, confidence and enthusiasm.”

JERUSALEM (CNS) — Protesting several recent actions they described as a “systematic campaign … against the churches and the Christian community in the Holy Land,” the heads of Christian churches announced Feb. 25 they were closing of the doors of the Church of the Holy Sepulcher for an undisclosed period of time. Bewildered pilgrims milled around the square in front of the church as Greek Orthodox Patriarch Theophilos III — flanked by Franciscan Father Francesco Patton, custos of the Holy Land, and Armenian Patriarch Nourhan Manougian — read a short statement to the press. At the same time, the only two people allowed to close the doors — the Muslim custodian of the key, Adeeb Jawad Joudeh Al Husseini, and Muslim door keeper Wajeeh Nuseibeh — closed and locked the doors. “This systematic and unprecedented attack against Christians in the Holy Land severely violates the most basic … and sovereign rights, trampling on the delicate fabric of relations between the Christian community and the authorities for decades,” the heads of churches said in their statement. The church leaders were protesting the Jerusalem municipality’s intention to impose property taxes on church property, such as hotels and convention centers, not used for worship purposes. The proposal to levy taxes on some properties would run contrary to the unofficial historical tax-exempt status the churches have enjoyed for centuries. In addition, the church leaders said they oppose a bill in the Israeli parliament that would limit the ability to sell church-owned land to private owners. The bill, whose vote was postponed following the protest, would be specifically detrimental to the Greek Orthodox Church, which owns large tracts of land in central Jerusalem upon which many private homes are built; many of those 99-year-old building rental contracts will soon expire. The church already has sold some of the land to private owners, and homeowners whose apartments are on the land worry about losing their homes.

VANCOUVER, British Columbia (CNS) — Archbishop J. Michael Miller of Vancouver said the British Columbia provincial government must stop attempts to force hospices and care homes to provide euthanasia. Provincial health authorities are “making a serious error” in trying to coerce caregivers — “committed to making the final stages of life for the elderly, sick, and suffering meaningful and dignified” — into supporting assisted suicide, the archbishop said in a Feb. 22 statement. “Assisted suicide stands in stark contrast” to the care that hospices offer, and none should be compelled to provide it, he said. More than 2,000 Canadians have died of assisted suicide since the practice was made legal in June 2016. Archbishop Miller said that points to a dire need for better end-of-life care, not increased access to a lethal injection. “If the elderly, sick, and suffering in our population feel that euthanasia is their best option, it means we as a society and as individuals are letting them down,” he wrote.

AUSTIN Texas (CNS) — The Catholic bishops of Texas praised Gov. Greg Abbott for stopping the execution of death-row inmate Thomas Whitaker shortly before he was to be put to death Feb. 22. Whitaker will now serve life in prison without the possibility of parole. “We offer prayers of thanksgiving that Thomas Whitaker was granted clemency and mercy has been shown,” the bishops said in a Feb. 22 statement. They called Abbott’s decision “an example of restorative justice.” Whitaker, now 38, was found guilty and sentenced to death for plotting the December 2003 shooting deaths of his mother, Patricia, and his 19-year-old brother, Kevin, in their suburban Houston home. His father, Kent, was shot in the chest but survived. He has long asked for clemency for his son. “We believe this case suggests a spirit of restorative justice, and we pray all may reflect on how Texans would be better served by a criminal justice system which embraces restorative justice,” they said. “We pray the Whitaker family may also experience healing and ongoing reconciliation in their lives.”

VATICAN CITY (CNS) — Pope Francis implored artists to “make the deep beauty of God’s love visible” and to create and protect areas of beauty in the world’s teeming cities. Meeting a group of musicians, actors, poets, painters, dancers, sculptors and architects Feb. 24, Pope Francis urged them to help people “discover the beauty of being loved by God and bear witness to it in attention shown to others, especially those who are excluded, wounded and rejected in our societies.” The artists are part of a movement called “Diakonia of Beauty,” created in 2012 to restore a relationship in which the Catholic Church relies on artists to share the Gospel and in which the artists seek to learn from and serve the Church. “You are asked to work without letting yourself be dominated by the search for vain glory or easy popularity, and even less by personal profit alone,” the pope told the group, which is particularly active in France. Too often today, the pope said, people think technology holds the key for understanding the meaning of life. But beauty is a much better path to understanding, he said, urging the artists to create and safeguard “an oasis of beauty,” especially “in our cities, which are too often filled with cement and lacking soul.” 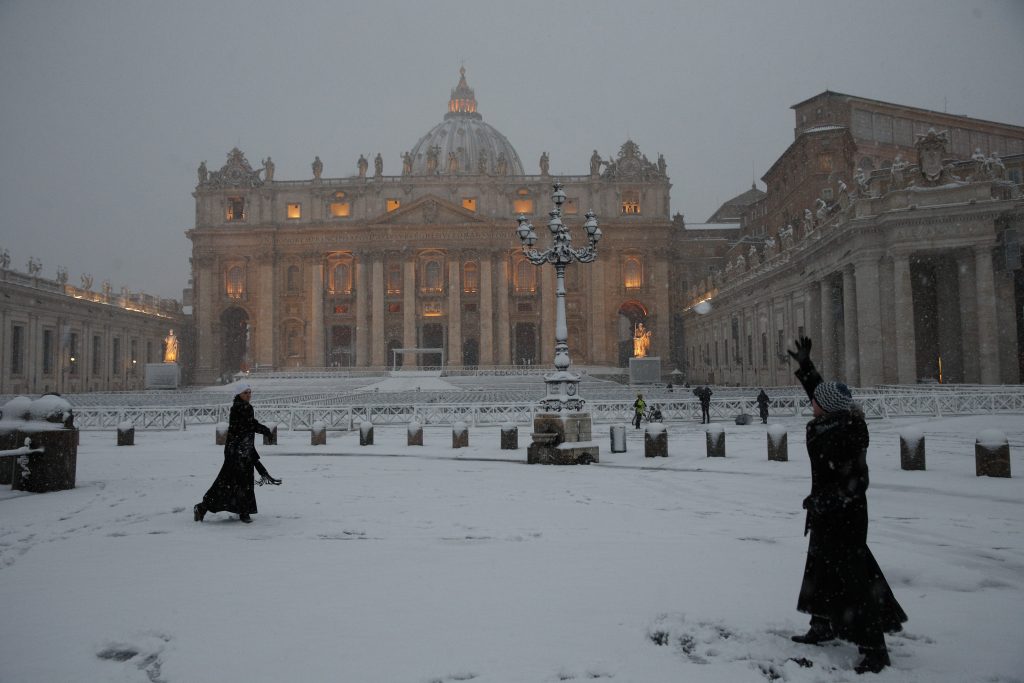