PEORIA, Ill. (CNS) — Bishop Daniel R. Jenky of Peoria announced “with great joy” March 5 that the New York Appellate Court ruled 5-0 that the remains of Archbishop Fulton Sheen should be transferred from New York to the Peoria Diocese. Bishop Jenky is promoter of the canonization cause of Archbishop Sheen, a Peoria diocesan priest, who gained fame in the 1950s with a prime-time television series called “Life Is Worth Living.” He died in New York Dec. 9, 1979, at age 84, and was entombed in the crypt at St. Patrick’s Cathedral. In 2016, Joan Sheen Cunningham, who is Archbishop Sheen’s oldest living relative, filed a petition with the courts in New York asking that his body be moved to the Peoria cathedral. She said her uncle would not have objected to his remains being transferred to his home diocese from St. Patrick’s Cathedral. The unanimous decision from the New York State Supreme Court, Appellate Division, was the third time the New York court system has ruled in Cunningham’s favor, the diocese noted in a statement, urging an end to the appeals. In response to the ruling, Joseph Zwilling, spokesman for the New York archdiocese, told Catholic News Service in an email March 8: “The trustees of St. Patrick’s Cathedral disagreed with the court’s decision, and their attorneys are reviewing the ruling as they contemplate possible next steps.”

HOUSTON (CNS) — These past three years of drought in Central America have destroyed crops of corn and beans, leaving families starving and causing Guatemala to declare a true state of emergency, said Catholic Relief Services officials. These families are among the “poorest of the poor” who are helped by U.S. parishes participating in CRS’ Lenten Rice Bowl campaign, said Monica Rodriguez, project manager of CRS’ SEGAMIL, a program in Guatemala that trains women how to earn funds and provide nutritious food for their children. SEGAMIL is the Spanish acronym for Food Security Focused on the First Thousand Days. The annual campaign run by CRS, the U.S. bishops’ overseas relief and development agency, raises awareness and funds to combat hunger and poverty. Schoolchildren, parishioners and families are encouraged to put savings from their Lenten fasting into a cardboard “rice bowl.” Rodriguez recently visited several Houston parishes and schools. She thanked them for past participation and encouraged them to start a new Lenten project through the Rice Bowl campaign whether individually, classes or churchwide. “This project really makes a difference. We are partners in change,” said Rodriguez, accompanied on her visits by CRS colleague Anna Huth and Hilda Ochoa, director of the Mission Office of the Archdiocese of Galveston-Houston.

SOUTH BEND, Ind. (CNS) — Holy Cross Father John I. Jenkins, president of the University of Notre Dame, said he has heard from many in the campus community that “deeply disturbing” stories of clergy sexual abuse have “disheartened and challenged their faith.” “This time has been a real dark night of the soul for many of us,” he said in a March 4 open letter to the campus. “The great mystic and spiritual writer St. John of the Cross, who coined the phrase ‘dark night of the soul’ for the spiritual desolation we sometimes feel, emphasized, as all great spiritual masters do, that such dark nights are sent to purify and deepen our faith, hope and love.” “Our response, then, demands prayer and reflection, but we must also act,” Father Jenkins said, laying out the steps Notre Dame, as a Catholic university, will take “to assist in a response to the current crisis.” Following the recommendations of two task forces he established to examine aspects of the abuse crisis, he said Notre Dame will convene experts and foster discussion of the issues facing the Church,” starting with the fall 2019 Notre Dame Forum. His office also will offer presidential research grants, providing up to $1 million in the next three years to fund research projects that address issues emerging from the crisis, and the university, he said, is committed to fostering and sharing relevant research and training graduates for effective Church leadership.

WASHINGTON (CNS) — A campaign by faith-based investors and investment networks, spearheaded by a New York congregation of women religious, led the nation’s largest consumer bank to announce it intended to stop investing in private prison firms. Starting with an October 2017 letter, the effort resulted in JPMorgan Chase announcing March 5 that it would cease financing two of the leading private prison corporations, Geo Group Inc. and CoreCivic. The corporations’ role in the detention of immigrants in facilities along the U.S.-Mexico border, pose a concern for people such as Sister Pat Mahoney, a member of the Sisters of St. Joseph of Brentwood, New York, whose signature was at the bottom of the letter. “We’re thrilled,” Sister Mahoney told Catholic News Service a day after the bank’s announcement. “It’s a step and it gives you a sense of momentum too. If you can work with (Chase CEO) Jamie Dimon, maybe you can work with other places that need to take a careful look at where they’re going.” Sister Mahoney’s letter included the names of dozens of religious congregations, investment groups and regional shareholder networks concerned about the bank’s investment practices.

In times of crisis, Church returns to basics of faith, Bishop Barron says

ROME (CNS) — In times of crisis, the Catholic Church and its faithful must return to the basics of the Christian faith, said Auxiliary Bishop Robert E. Barron of Los Angeles. Bishop Barron, who was ordained to the priesthood in 1986, told reporters in Rome March 7 that he has lived most of his priesthood in the context of the Church’s sexual abuse crisis and is convinced that the only way forward is to focus on what it really means to be Christian. The Franciscans, Dominicans and other religious orders were formed at “times of real crisis,” he said. “That’s when great figures like St. Dominic said, ‘Back to the basics, which for him meant poverty, trust in God’s providence, preaching the Gospel.” The bishop had just received an honorary doctorate in theology from the Dominican-run Pontifical University of St. Thomas Aquinas, commonly called the Angelicum. Bishop Barron’s “Word on Fire” multimedia ministry, his famous video series on the Church and his other outreach work, he said, responded to a desire “to tell the story of Catholicism again; let’s tell the story of the great saints again.” 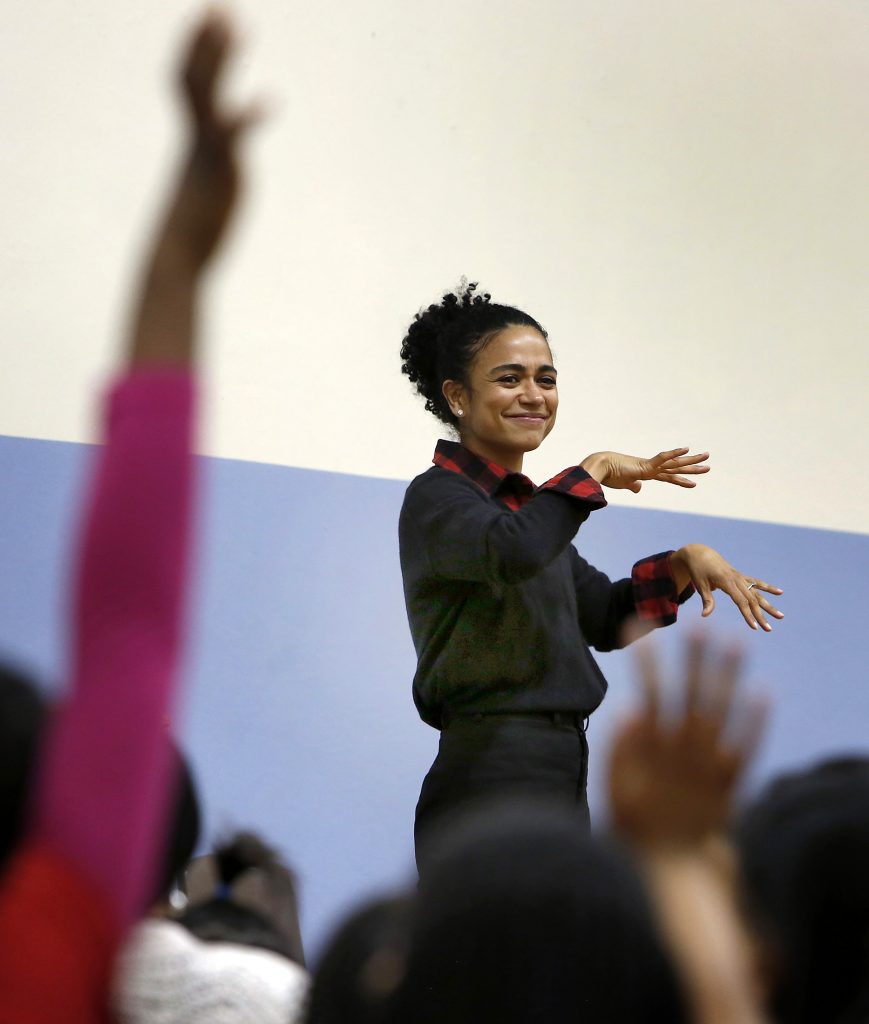