WASHINGTON (CNS) — In response to a late June announcement, the United States will be conducting an investigation of former federally funded boarding schools to search for graves of Native American children, a spokesperson for the U.S. Conference of Catholic Bishops said June 28 the bishops will “look for ways to be of assistance. It is important to understand what might have occurred here in the United States,” said the statement from Chieko Noguchi, who added the bishops will be “following closely” the investigation announced June 22 by Interior Secretary Deb Haaland. Haaland, who is a member of the Laguna Pueblo in New Mexico and is Catholic, announced this upcoming review, called the Federal Indian Boarding School Initiative, during her remarks at the virtual conference of the National Congress of American Indians. “I know that this process will be long and difficult. I know that this process will be painful. It won’t undo the heartbreak and loss we feel. But only by acknowledging the past can we work toward a future that we’re all proud to embrace,” she said. Many of these government-funded schools were church-run boarding schools. The U.S. Interior Department’s initiative was prompted by the recent discovery of 215 unmarked graves at the Kamloops Indian Residential School in British Columbia. Just two days after the U.S. initiative was announced, 751 unmarked graves were discovered at a second site, a former Catholic residential school in Saskatchewan.

More than 10 months after Beirut blast: ‘We are bleeding, help is needed’

BEIRUT (CNS) — Nearly a year after the blast at the Beirut port, the memory of that night is still so vivid. Lebanese Hospital Geitaoui, located about a half-mile from the site of the explosion, suffered extensive damage the night of Aug. 4. The disaster — one of the biggest nonnuclear explosions in history — destroyed large sections of the capital city, mostly in Christian areas. More than 200 people were killed, more than 6,000 injured and more than 300,000 displaced. Of the 350 injured people taken to Geitaoui, 15 could not be saved; some died before arriving at the hospital. “We felt the people’s misery and their desperation,” said Sister Hadia Abi Chebli, a member of the Maronite Sisters of the Holy Family and one of the hospital directors-general. “That night, I cried like a child,” recalled Dr. Pierre Yared, her co-director of the 260-bed hospital for the last 11 years. “It was like an Armageddon scene from a movie,” Yared told Catholic News Service. “We were in a catastrophic situation. No electricity.”

WASHINGTON (CNS) — Miguel Bezos, the immigrant father of Amazon.com founder Jeff Bezos, has donated $12 million to a Catholic school in Delaware that housed and educated him when he arrived as an unaccompanied minor from Cuba in the early 1960s. The senior Bezos attended Salesianum School in Wilmington, Delaware, after fleeing post-Revolution Cuba, along with over 14,000 other minors brought to the U.S. through Operation Pedro Pan, a program organized by the Catholic Church with the help of the U.S. government. Because Catholic social services agencies in Miami receiving the Cuban minors were overwhelmed, dioceses throughout the country began sending children to Catholic facilities and foster families throughout the country. Bezos ended up at a home for boys in Wilmington. Back then, Father James P. Byrne, of the Oblates of St. Francis de Sales, was put in charge of Casa de Sales, where Bezos was welcomed with other Cuban boys. “There was a priest in charge of us, and it was a tremendous experience for me. I’m sure you’ve heard sad stories about what terrible experiences some of the Peter Pan kids had, but for us in Wilmington, we had each other, and we became very close,” Bezos said in a 2016 interview posted on the website of the Smithsonian’s National Museum of American History.

PORTLAND, Ore. (CNS) — A bill designed to slow the advance of Catholic health care in Oregon passed the state Legislature at the eleventh hour. The bill relating to health care providers, H.B. 2362, was approved 32-23 in the Oregon House June 25 and 16-12 in the Oregon Senate June 26, a day before the 2021 session concluded. It requires approval from the state’s Department of Consumer and Business Services or Oregon Health Authority before mergers, acquisitions, contracts or affiliations involving larger health care entities can be undertaken. Implicit but looming large was the aim of curbing Providence Health and Services, the largest health provider in Oregon. Because of Providence’s Catholic mission, it does not do abortions. Supporters of legal abortion have objected more as Providence has expanded. The Oregon Catholic Conference opposed the bill, as did Providence and Oregon Right to Life. In other health care news, Ohio Gov. Mike DeWine received strong praise from two national Catholic health care organizations for his actions to uphold conscience protection for health care workers and patients. On June 30, he signed into law major state budget legislation that included broad medical conscience protections.

WASHINGTON (CNS) — A page on the website of the U.S. Conference of Catholic Bishops answers a series of questions regarding the bishops’ vote to approve drafting a document on the Eucharist during their spring general assembly June 16-18. Presented in a question-and-answer format, the page reviews four questions including why the document is being developed and whether the bishops voted to ban elected officials from receiving holy Communion. The webpage — www.usccb.org/meaning-eucharist-life-church — is dated June 21, three days after the bishops announced the vote to allow the Committee on Doctrine to draft the document and present it for discussion when the bishops reconvene in person in November. The U.S. bishops approved advancing a plan to draft a document to examine the “meaning of the Eucharist in the life of the church” following a lengthy debate during their assembly, held virtually due to the pandemic. The action passed with 168 votes in favor and 55 votes against it. There were six abstentions. Chieko Noguchi, USCCB director of public affairs, told CNS in an email June 24 that the question-and-answer online document was developed by her office in collaboration with Bishop Kevin C. Rhoades of Fort Wayne-South Bend, Indiana, doctrine committee chairman, and Bishop Michael F. Burbidge of Arlington, Virginia, chairman of the Committee on Communications. “We were hearing from people who seemed to misunderstand the vote, so it was created and then shared with all bishops with the approval of the conference president,” Archbishop José H. Gomez of Los Angeles, she wrote. 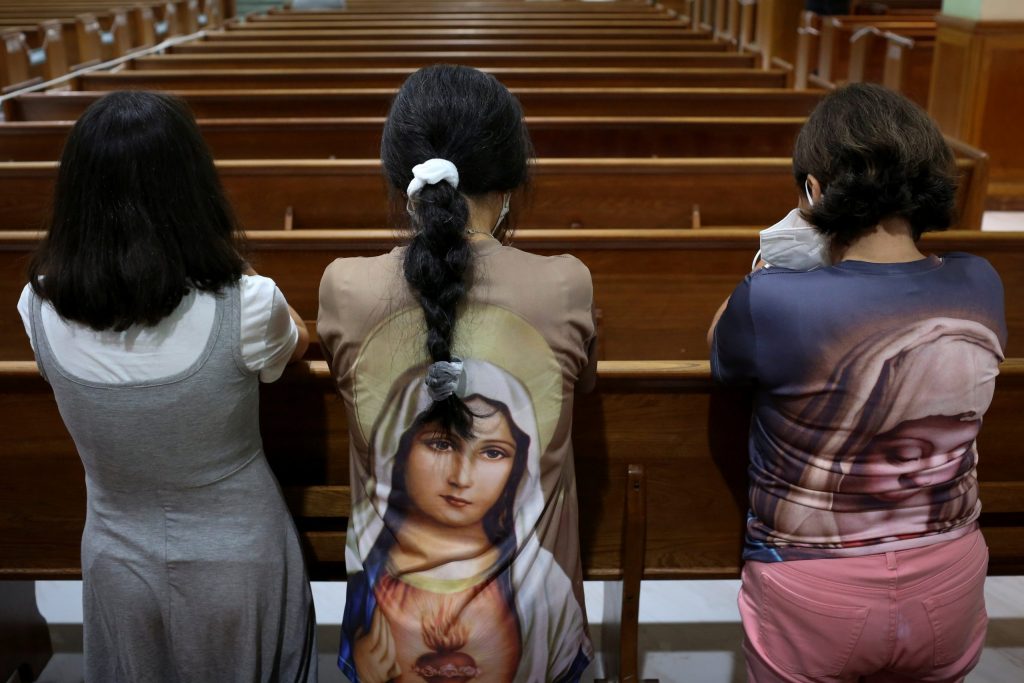