(OSV News) — The three-year Eucharistic Revival is currently in its first year, the Year of Diocesan Revival. The second year, the Year of Parish Revival, begins on June 11. While diocesan year efforts have focused on forming priests, diocesan staff, and other church leaders, efforts in the parish year will turn to Catholics in the pews. Bishop Andrew H. Cozzens of Crookston, Minnesota, who is leading the revival, hopes the Year of Parish Revival particularly reaches Catholics who say they understand the Church’s teaching, yet “haven’t encountered Jesus as a real, living person in the Eucharist.”

(OSV News) — The annual SEEK conference, hosted by the Fellowship of Catholic University Students, draws thousands of Catholics together to adore the Blessed Sacrament, listen to speakers, and celebrate their faith. This year’s SEEK23 conference in St. Louis, Missouri, held Jan. 2-6, aimed to form all those interested in deepening their faith and spreading the Gospel, whether on college campuses or in their home parishes. Martha Griswold, 34, a FOCUS missionary at the Our Lady of the Valley Catholic Parish in Windsor, Colorado, told OSV News the talks are about “re-presenting the Gospel to parishioners and then sending them out on mission.” She said the Eucharistic adoration night, with thousands of Catholics worshipping Jesus in the Eucharist was “one of the closest foretastes of heaven.” Javier Lugo, 26, a FOCUS missionary at the University of Miami, agreed, saying SEEK was “like a ‘retiro’ times a thousand,” where the experience of Eucharistic adoration made him feel truly “loved and wanted” by God.

On New Year’s Day, Pope Calls for Taking the Risk of Changing the World

VATICAN CITY (CNS) — The best way to usher in a truly “new” year is to stop waiting for things to get better on their own, and instead recognize what is essential and reach out now to help others, Pope Francis said. “Today, at the beginning of the year, rather than standing around thinking and hoping that things will change, we should instead ask ourselves, ‘This year, where do I want to go? Who is it that I can help?’” he said. “So many people, in the church and in society, are waiting for the good that you and you alone can do; they are waiting for your help,” he said at Mass on Jan. 1, the feast of Mary, Mother of God, and World Peace Day. While Pope Francis presided over the liturgy in St. Peter’s Basilica and gave the homily, Cardinal Pietro Parolin, Vatican Secretary of State, was the main celebrant at the altar. In his homily, the pope reflected on how Catholics begin a new year by contemplating the motherhood of Mary, who “blesses us and brings us the tender love of God made flesh.” “Mary gives us hope,” he said, and “at the beginning of this year, we need hope, just as the earth needs rain.” Pope Francis also asked people to pray to Mary to accompany the late Pope Benedict XVI on his journey “from this world to God.” And, before leading the recitation of the Angelus prayer after the Mass, the pope asked that people “all join together, with one heart and one soul, in thanking God for the gift of this faithful servant of the Gospel and of the Church,” who died on Dec. 31.

‘Help Us’: Asylum-Seekers Cling to Hope as Title 42 Limbo Continues

(OSV News) — After traveling thousands of miles to flee violence, “Betty” found shelter with the Kino Border Initiative, a Catholic organization that works with migrants in the border town of Nogales, Mexico. She is now waiting. “So many of us were forced to leave our homes, our loved ones,” she said. Like many asylum-seekers, Betty — who asked that her real name not be published out of concerns for her safety — had hoped for the end of Title 42, a federal public health rule implemented by the prior Trump administration in 2020 that permits immigration officials at the border to bar migrants seeking asylum from entry on the basis of public health concerns enacted during the COVID-19 pandemic. Just days before the policy was set to expire, the U.S. Supreme Court issued Dec. 27 a 5-4 ruling that Title 42 would remain in place while legal challenges to the policy play out. The high court plans to hear arguments in late February or early March.

(OSV News) — Grassroots, parish-based efforts that aim to accompany pregnant or parenting mothers in a holistic way represent the kind of creative initiatives many pro-life leaders, including U.S. bishops, have called for in the wake of the U.S. Supreme Court’s Dobbs decision in June overturning Roe v. Wade, which in 1973 legalized abortion in all states. Among such parish ministries are those tied to Walking with Moms in Need, an initiative the U.S. Conference of Catholic Bishops launched in March of 2020 to encourage parishes to strengthen their outreach to pregnant and parenting mothers in their communities through personal accompaniment. “It shows that there’s good in the world,” said Katie Talerico, 30, a mother of triplets. She said the women helping her through Walking with Moms in Need were her “angel squad,” and their witness led to a revival of her Catholic faith.

VATICAN CITY (CNS) — The birth of Jesus in a stable “shows us God’s ‘style,’ which is closeness, compassion, and tenderness,” Pope Francis told visitors and pilgrims at his weekly general audience. On the Church’s calendar, Christmas was not over when the pope held his audience on Dec. 28, and he insisted it is important for Christians to use the season to contemplate the meaning of Jesus becoming human and being born into the poverty and simplicity of the manger. “With this style of His, God draws us to Himself,” the pope said. “He does not take us by force, He does not impose His truth and justice on us. He wants to draw us with love, with tenderness.” Basing his Christmas reflections on the teachings of St. Francis de Sales, a bishop and doctor of the church, Pope Francis announced at the audience that he was publishing an apostolic letter that day marking the 400th anniversary of the death of the French saint and theologian. The letter, titled “Totum Amoris Est” (“Everything Pertains to Love”), would be published later the same day. But rather than quoting from his apostolic letter, Pope Francis quoted from St. Francis de Sales’ meditations on Christmas and, especially, his focus on the love of God and on the poverty of Jesus’ birth. “Who is Jesus? Looking at the manger, looking at the cross, looking at His life, His simplicity, we can know who Jesus is,” the pope said. “Jesus is the son of God who saves us by becoming man, stripping Himself of His glory and humbling Himself.” 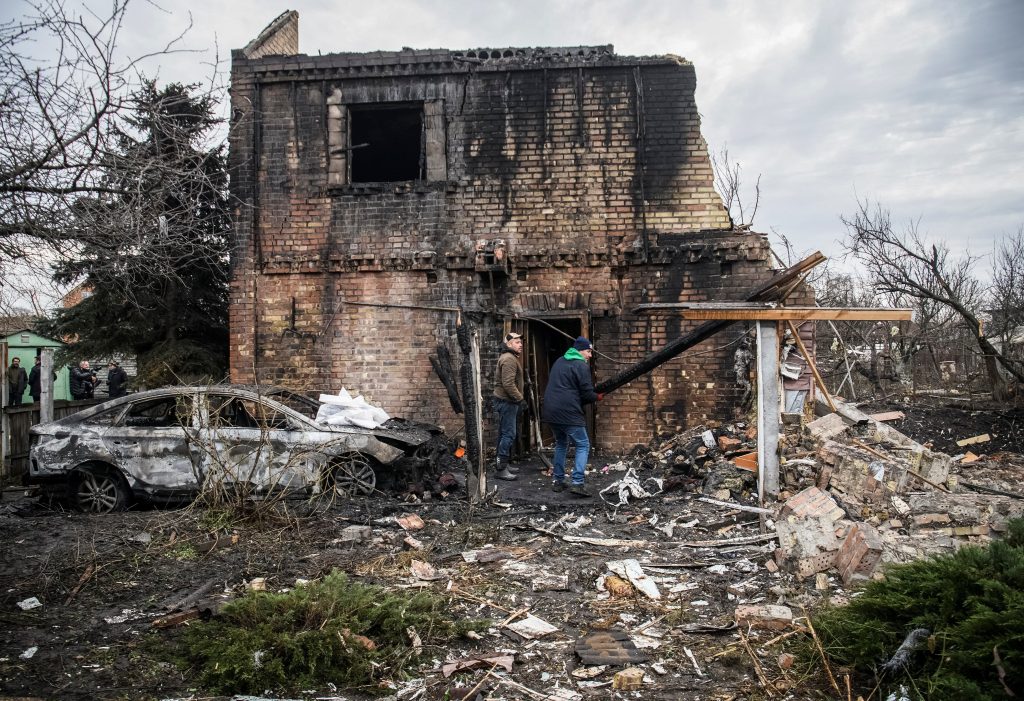