At national memorial, Cardinal Gregory prays for all who died of COVID-19

WASHINGTON (CNS) — Saying the nation “reverently pauses in supplication to remember and to pray for the many thousands of people who have died from the coronavirus during this past year,” Washington Cardinal Wilton D. Gregory offered the invocation at a pre-inauguration memorial service Jan. 19 to honor and remember the more than 400,000 Americans who have succumbed to COVID-19. “We turn to the Lord of all to receive these, our sisters and brothers, into eternal peace and to comfort all of those who grieve the loss of a loved one,” Cardinal Gregory said in his invocation at the memorial service, attended by President-elect Joe Biden and Vice President-elect Kamala Harris. “Let us, with one heart, commend those who have died from this virus and all of their loved ones to the providential care of the One who is the ultimate source of peace, unity and concord.” The memorial service — held the day before the presidential inauguration — included prayer, music and a lighting of the Lincoln Memorial Reflecting Pool with 400 lights in honor of lives lost in the pandemic. “To heal we must remember,” President-elect Biden said just prior to the lighting. “It’s hard sometimes to remember, but that’s how we heal. It is important to do that as a nation. Between sundown and dusk let us shine the lights along the pool to remember all the lives we have lost.”

WASHINGTON (CNS) — Two leaders of the U.S. Conference of Catholic Bishops applauded President Joe Biden’s Inauguration Day executive action ordering the federal government to keep in place and strengthen the Deferred Action for Childhood Arrivals program. Biden also pledged Jan. 20 to produce immigration reform legislation. Los Angeles Archbishop José H. Gomez, USCCB president, and Auxiliary Bishop Mario E. Dorsonville of Washington, chairman of the bishops’ Committee on Migration, said they were prepared to work with the president and Congress on such an “urgent matter of human life and dignity” for immigrants. In a statement released Jan. 21, the prelates said action on DACA was particularly important for about 800,000 young people who were brought to the U.S illegally as children. They said the young people who benefit from the program, known as Dreamers, deserve the opportunity to continue working legally in the U.S., access educational opportunities and not fear deportation. “We welcome the announcement preserving and fortifying DACA,” they said. “For years, DACA youth have been enriching our country. They are contributors to our economy, veterans of our military, academic standouts in our universities and leaders in our parishes and communities. They and their families deserve certainty, compassion, generosity and justice.”

VATICAN CITY (CNS) — Pope Francis prayed that President Joe Biden would work to heal the divisions in U.S. society and promote human dignity and peace around the globe. “Under your leadership, may the American people continue to draw strength from the lofty political, ethical and religious values that have inspired the nation since its founding,” the pope wrote in a congratulatory message Jan. 20 as Biden was inaugurated as the 46th president of the United States. Popes traditionally have sent such messages and assurances of prayer to a new U.S. president upon his inauguration and have included mention of issues of concern, particularly about the dignity of every human life. “At a time when the grave crises facing our human family call for farsighted and united responses,” Pope Francis wrote to Biden, “I pray that your decisions will be guided by a concern for building a society marked by authentic justice and freedom, together with unfailing respect for the rights and dignity of every person, especially the poor, the vulnerable and those who have no voice. I likewise ask God, the source of all wisdom and truth, to guide your efforts to foster understanding, reconciliation and peace within the United States and among the nations of the world in order to advance the universal common good,” he said.

WASHINGTON (CNS) — Catholic leaders welcomed President Joe Biden’s Inauguration Day announcement that the United States would rejoin the Paris climate change agreement. Such action would allow the U.S. to work to reach the goal of net-zero carbon emissions by 2050, as the U.S. Conference of Catholic Bishops has called for, and position the country to become a global leader in addressing climate change, the leaders said. In a joint statement, Archbishop Paul S. Coakley of Oklahoma City, chairman of the bishops’ Committee on Domestic Justice and Human Development, Bishop David J. Malloy of Rockford, Illinois, chairman of the Committee on International Justice and Peace, and Sean Callahan, president and CEO of Catholic Relief Services, announced their support for Biden’s plan Jan. 21, a day after the new president entered office. Former President Donald Trump announced the U.S. would withdraw from the landmark five-year-old accord in 2017. Trump formally told the United Nations Nov. 4, 2019, the U.S. was withdrawing. Under the agreement, however, the process was not completed until Nov. 4, 2020. The administration argued the agreement was not beneficial to U.S. interests and hindered economic growth.

WASHINGTON (CNS) — President Joe Biden’s wide-ranging executive order to extend existing federal nondiscrimination protections to LGBTQ people exceeds the U.S. Supreme Court’s June ruling on the issue in Bostock v. Clayton County, Georgia, said the chairmen of five U.S. bishops’ committees. In so doing, they said, the Jan. 20 order has implications for religious freedom. “Every person has a right to gainful employment, education and basic human services free of unjust discrimination. That right should be protected,” the committee heads said in a joint statement released late Jan. 22 by the U.S. Conference of Catholic Bishops. However, Biden’s order on “’sex’ discrimination exceeds the court’s decision,” they said. “It threatens to infringe the rights of people who recognize the truth of sexual difference or who uphold the institution of lifelong marriage between one man and one woman.” The statement was issued by the chairmen of the USCCB committees for Religious Liberty, on Domestic Justice and Human Development, and on Catholic Education as well as the Ad Hoc Committee Against Racism and the Subcommittee for the Promotion and Defense of Marriage. 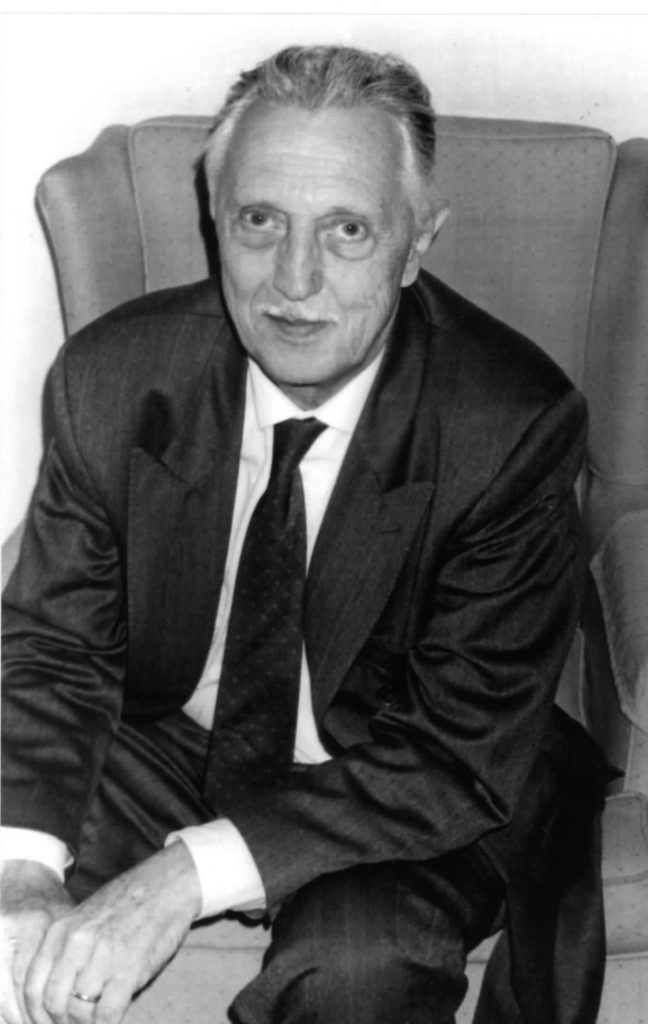 Jerome Lejeune, a French Catholic pediatrician and geneticist who died in 1994, is pictured in an undated photo. Pope Francis has advanced the sainthood cause of Lejeune, who was involved in discovering the extra chromosome that causes Down syndrome. (CNS photo/KNA)