ATLANTA (CNS) – On Nov. 23, the Supreme Court of Georgia reinstated a law that bans abortions once a fetal heartbeat is detected, which is about six weeks into a pregnancy. The law makes exceptions to save the life of the mother and in cases of rape or incest, if a police report is filed. It also made exceptions to allow abortions when a fetus has serious medical issues. The high court issued a one-page order putting a lower court ruling overturning the ban on hold while it considers an appeal. On Nov. 15, Fulton County Superior Court Judge Robert McBurney overturned the ban. He ruled it was unconstitutional and violated Supreme Court precedent when signed into law in 2019. His ruling, based on a lawsuit filed by the American Civil Liberties Union of Georgia, was effective immediately. The State Attorney General’s office filed an appeal with the state Supreme Court. When McBurney handed down his ruling striking down Georgia’s ban on abortion, Atlanta Archbishop Gregory J. Hartmayer stated: “As I have said before, no matter what law is on the books, we must be dedicated to upholding the dignity of life for all people. That includes mothers, fathers, and their children.”

WASHINGTON, D.C. (CNS) – Catholic leaders have condemned the Nov. 19 attack on an LGBTQ nightclub in Colorado Springs, Colorado, that killed at least five people and injured at least 25. Seven of those wounded were in critical condition. The Church leaders – the archbishop of Denver, leaders of religious orders and congregations, and a Catholic outreach group to members of the LGBTQ community – also prayed for those impacted by the attack and urged for an end to hate crimes and use of language that condemns those in the LGBTQ community. The suspected gunman, 22-year-old Anderson Lee Aldrich, faced murder and hate crime charges on Nov. 21, a law enforcement official told The Associated Press, adding that the suspect used an AR-15-style semiautomatic weapon in the attack at Club Q before he was subdued by people at the club. On its Facebook page, the club thanked the “quick reactions of heroic customers that subdued the gunman and ended this hate attack” within minutes of the alleged gunman opening fire after entering the club shortly before midnight on Nov. 19. It also noted that a drop-in center was set up at a nearby hotel with counseling services available all week. Police have identified the deceased victims as Daniel Aston, Raymond Green Vance, Kelly Loving, Ashley Paugh, and Derrick Rump. Denver Archbishop Samuel J. Aquila said he was “saddened by this tragic and senseless act.”

WASHINGTON, D.C. (CNS) – In the third week of November, three executions by lethal injection took place in the U.S. in just two days and a fourth execution was called off after failed attempts happened close to the expiration of the prisoner’s death warrant. Catholic leaders spoke out against the Nov. 16 executions in Texas and Arizona as well as the next day’s execution in Oklahoma and the halted one in Alabama. In a 24-hour period, all four death penalty cases had last-minute appeals to the Supreme Court that were denied. Without mincing words, Sister Helen Prejean, a Sister of St. Joseph and longtime death penalty opponent, tweeted: “The U.S. Supreme Court is now functionally a rubber stamp for executions. Stays and injunctions issued by lower courts are routinely lifted without full briefing and without explanation from the justices, no matter how egregious the underlying legal issues.” The court’s fourth rejected plea, in an unsigned order on Nov. 17, failed to block the execution of Oklahoma inmate Richard Fairchild, who had asked the justices to put his execution on hold to give him time to appeal a state court’s ruling on his mental competency. Shortly after the court’s morning ruling, Fairchild, who turned 63 that day, was put to death for the 1993 murder of his girlfriend’s 3-year-old son, Adam Broomhall. Fairchild’s attorneys said their client, who had been abused as a child, was psychotic but also remorseful for his actions. The state argued that Fairchild’s request was a delay tactic.

CHESAPEAKE, Va. (CNS) – Just ahead of Thanksgiving Day, “a time where we celebrate what we are most grateful for in our lives,” the nation awoke on Nov. 23 “to the somber and agonizing news of more souls lost because of a senseless act of violence” at a Walmart in Chesapeake, said Bishop Barry C. Knestout of Richmond, Virginia. “This is the second time within two weeks we grieve for multiple lives tragically taken far too early by violence,” said the bishop, whose diocese includes Chesapeake, the state’s second-largest city after Virginia Beach. Late on Nov. 22, the shooter, who police later said was a Walmart manager overseeing the night shift, opened fire on fellow employees with a pistol in the breakroom of the store, killing at least six people and injuring at least four others. He later killed himself. AP reported that the gunman, identified as Andre Bing, 31, and two others were found dead in the breakroom, another of the dead was found near the front of the store and three others were taken to a hospital where they died of their wounds.

People with Disabilities Want to Belong to Church, Conference Stresses

SPRING, Tx. (CNS) – Disability ministry leaders, advocates, family members, and others gathered recently at St. Ignatius of Loyola Catholic Church in Spring, Texas for the annual conference of the National Catholic Partnership on Disability. Charleen Katra, the organization’s director, said the goal of the conference was to raise awareness about disability issues in the Church, but more importantly, it was to train church communities on how to “create a welcoming and hospitable” campus, parish, school, and diocese. “You want to do more than just include someone,” she said. “You want to help create a home for the person with a disability in the Church, to where they move from just being included. We want to move people from inclusion to belonging in the Church.” Katra said the recent synod discussions in the Galveston-Houston Archdiocese have helped bring new issues to light that the Church community and its leaders have overlooked in the past. The main message, she said, is that people with disabilities and their families “want to feel a sense of belonging in the Church, and they do not feel like they have been on many occasions.”

WASHINGTON, D.C. (CNS) – In the days since four University of Idaho students were found brutally slain on Nov. 14, the Catholic parish that serves the university and the community of Moscow, Idaho, is mourning with and praying for the victims, their families and friends, and the wider community, said the pastor. “Our close-knit campus has had our peace and joy attacked, and everyone has been affected,” said Father Chase Hasenoehrl, Pastor of St. Augustine’s Catholic Center, which serves the university campus. “Our ministry will continue to serve our students, faculty, and families with opportunities for prayer, consolation, and support in this time of loss and fear,” Father Hasenoehrl told Catholic News Service in a Nov. 21 statement. Ethan Chapin, Kaylee Goncalves, Xana Kernodle, and Madison Mogen were knifed to death by an as-yet-unknown assailant in a rental house in a residential neighborhood of Moscow, a town of about 25,000 residents in the Idaho Panhandle. “We lift up the blessed repose of their souls in prayer,” said the priest, whose statement has since been posted on the Catholic center’s website, vandalcatholic.com. News reports quoted Latah County Coroner Cathy Mabbutt as saying that each victim suffered multiple stab wounds from a “pretty large knife.” She said they were stabbed to death in their beds and likely were asleep. “It has to be somebody pretty angry in order to stab four people to death,” Mabbutt said, adding that there were no signs of sexual assault. 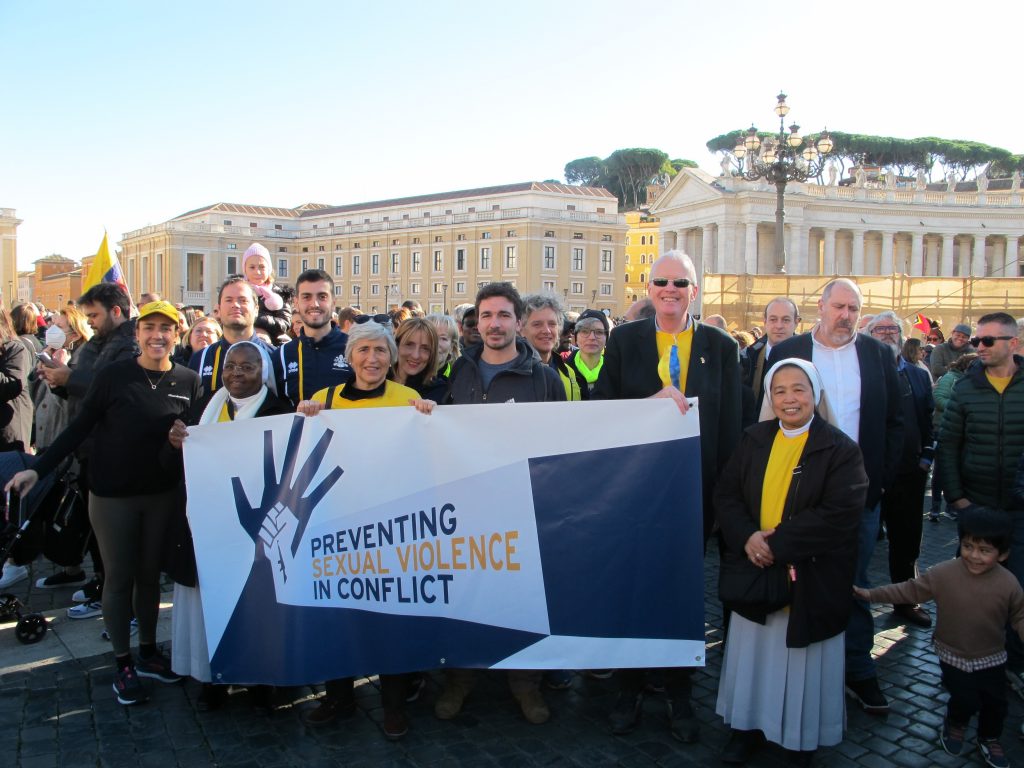