YANGON, Myanmar (CNS) — Myanmar’s military continues to target churches in predominantly Christian regions in the Buddhist-majority country, ignoring appeals by the Catholic Church and world leaders, reported ucanews.com. The latest military assault on Christians in Myanmar’s ethnic regions is not the first time the minority has been attacked and targeted. Ucanews.com reported Christians have borne the brunt of the decades-old civil war and faced persecution at the hands of the military, which ruled for more than five decades. The latest attacks have accelerated since the February military coup. St. Nicholas Catholic Church in the deserted town of Thantlang in Myanmar’s Chin state was burned by the military Nov. 27, local media reports said. Ucanews.com reported the Chin Human Rights Organization said the junta set fire to houses in Thantlang Nov. 26, with fires burning for three straight days as soldiers continued arson attacks. St. Nicholas was reportedly among dozens of structures to be destroyed by the fire, according to the rights group. The latest attack came within a couple of days of at least 49 buildings, including Thantlang Centenary Baptist Church, being burned to the ground. More than 300 houses, including four churches, have been destroyed by military arson attacks in the town since September. In the predominantly Christian states of Kayah and Chin, more than 130,000 civilians have been forced to seek refuge in churches, convents and makeshift camps even while the military is targeting priests and pastors, bombing and vandalizing churches, ucanews.com reported.

Racial reconciliation ‘is a matter of the heart,’ Texas bishop says

HOUSTON (CNS)— “Racial reconciliation — reconciliation in general — is a matter of the heart,” retired Bishop Curtis J. Guillory of Beaumont, Texas, said during a recent night of prayer and discussion about race relations in the U.S. The discussion was moderated by Father Reginald Samuels, vicar for the Catholics of African descent and pastor of St. Hyacinth Catholic Church in Deer Park, Texas. Speaking about the U.S. bishops’ 2018 pastoral letter on racism, “Open Wide Our Hearts: The Enduring Call to Love,” Father Samuels said, “We are here to explore what it means to have God’s love in our society.” The event, hosted by the Archdiocese of Galveston-Houston, brought together Church leaders and members of the legal profession. It followed the Oct. 19 Red Mass celebrated at the Co-Cathedral of the Sacred Heart in downtown Houston. The heart of the pastoral “is conversion,” said Bishop Guillory, one of 10 African American Catholic bishops and the first African American bishop to head a diocese in Texas. He was appointed to Beaumont in 2000 and retired in 2020. Joining Bishop Guillory as a speaker was Bishop Brendan J. Cahill of Victoria, Texas, who holds a Master of Theology degree with a specialization in African American Catholic studies from Xavier University in New Orleans. Xavier is the nation’s only Catholic historically Black university.

VATICAN CITY (CNS) — St. Joseph teaches people to learn to take life as it comes and to accept what God has in mind, Pope Francis said. Speaking about how Joseph reacted to Mary being pregnant while they were still engaged, the pope explained why St. Joseph “gives us an important lesson: He chooses Mary with ‘his eyes open,’” and “with all the risks” that came with it. “They had probably cultivated dreams and expectations regarding their life and their future,” he said during his weekly general audience Dec. 1. But then, “out of the blue, God seems to have inserted Himself into their lives and, even if at first it was difficult for them, both of them opened their hearts wide to the reality that was placed before them.” During his audience in the Vatican’s Paul VI hall, Pope Francis continued a series of talks on St. Joseph, reflecting on his role as a just man and husband of Mary, and what he can teach all engaged couples and newlyweds. “How holy Joseph was,” Pope Francis said. In contrast, “we, as soon as we have a bit of gossip, something scandalous about someone else, we go around talking about it right away!” An angel of the Lord appeared to Joseph in a dream, telling him not to fear taking Mary as his wife and explaining the divine origin of and plan for her Son.

WASHINGTON (CNS) — The Indiana Court of Appeals ruled Nov. 23 that an Indiana trial court “committed reversible error” when it dismissed a former teacher’s lawsuit against the Archdiocese of Indianapolis earlier this year. The unanimous decision by the appellate court’s panel allows the initial lawsuit filed by the teacher, who was fired from a Catholic school, to move forward. The case involves Joshua Payne-Elliott, a former world language and social studies teacher at Cathedral High School in Indianapolis who was fired in June 2019. Payne-Elliott claimed the Indianapolis archdiocese illegally interfered with his contract with the school where he had been teaching for 13 years by mandating that all Catholic schools in the archdiocese enforce a morality clause that did not permit employees to be in same-sex marriages. Payne-Elliott married Layton Payne-Elliott, a teacher at Brebeuf Jesuit Preparatory School, also in Indianapolis, in 2017. Indiana’s Marion County Superior Court dismissed Payne-Elliott’s lawsuit against the Indianapolis archdiocese in May, which the former teacher appealed. The Indianapolis archdiocese had asked a lower court to dismiss the suit when it was initially filed, saying it went against the First Amendment’s guarantee of religious freedom.

OXFORD, Mich. (CNS) — A day after a tragic shooting claimed the lives of four Oxford High School students and forever changed the lives of countless others, community members were picking up the pieces. On a chilly afternoon Dec. 1, the scene at Oxford High remained somber, with patrol cars and news vans dotting the streets and parking lots throughout the town. A few paces from the south entrance to the school, adjacent to the inverted-bowl football stadium, students arrived in small groups, many with tears on their faces, to place teddy bears, flowers, crosses and candles at the foot of the school’s main sign. Downtown, a small army of volunteers tied blue-and-gold ribbons — Oxford’s school colors — to every lamppost and street sign, as businesses displayed messages of support. Inside the school, authorities continued to comb through mountains of crime scene evidence. It was just the beginning of an investigation Oakland County Sheriff Mike Bouchard said could last weeks, if not months, as deputies and federal agents interview hundreds of witnesses and search for clues about the alleged shooter’s motive. Authorities identified 15-year-old Ethan Crumbley, a sophomore at the school, as the suspect. Arraigned Dec. 1, Crumbley will be tried as an adult on 24 criminal charges, including terrorism and four counts of first-degree murder.

NAIROBI, Kenya (CNS) — Bishop Joseph Mwongela of Kitui urged hope as his diocese continued to mourn the death of at least 32 people, killed when a bus carrying a Catholic choir plunged into the Enziu River. The choir from Good Shepherd Parish in Mwingi had hired a church seminary bus to carry members and relatives to a renewal of vows for an elderly couple. One family lost 11 members. At least 30 people were rescued. “It is very sad. The people are devastated, but we are journeying with them. We want them to have hope. This has happened, but Advent is a season of hope,” Bishop Mwongela told Catholic News Service in a telephone interview.

“The people had bonded very well. They were very close together.” Father Michael Ngunia of Good Shephard Parish expressed shock and sadness that the people died while traveling to a joyful event. “The choir was singing and dancing on the riverbank in readiness for the wedding. Moments later many of them were dead. It is very tough for the community,” said Father Ngunia. Bishop Mwongela said the church has dispatched teams to offer psychosocial support to the families and planned a memorial Mass for the victims. 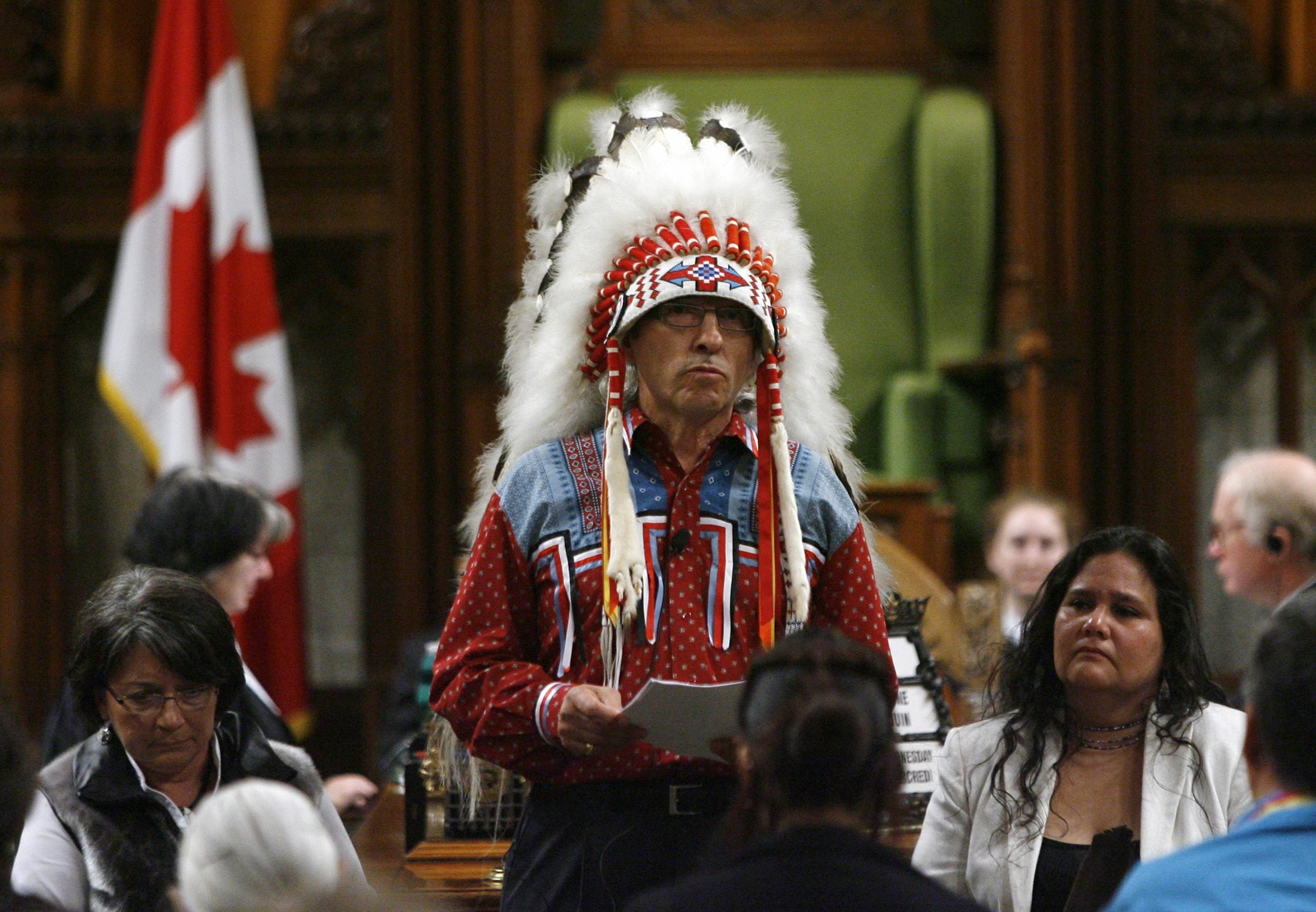