MADRID (CNS) — Family groups have condemned a new draft law that would recognize 16 different “family types” in the traditionally Catholic country. “For three years, they have been weaving this plan to deconstruct the family — to break it up according to different circumstances, and mix these with ideological and sectarian snares,” said a representative from the Federation of Catholic Family Associations. “They have thus managed to invent a grotesque and false representation of the family, a legislative trap to redefine it away from something born from the marriage of a man and woman,” a federation official said in a statement on Nov. 29. The coalition government of Prime Minister Pedro Sánchez was preparing final approval of the family law. If approved by parliament, it would recognize “intercultural,” “transnational,” “biparental,” and other family types. It said various forms of family life were already “legally and socially protected” in Spain, making the new classification by Spain’s Ministry of Social Rights “as ridiculous as it is unnecessary.” “This law clearly carries a great ideological charge, which is serious given our country’s already serious problems, including a grave economic crisis affecting thousands of homes,” Madrid-based federation officials said. “The government is losing itself in ideological debates instead of dedicating itself to doing important things for families and society. We consider it incredible that the word ‘birth rate’ is barely even mentioned, when we face a grave fall in births and serious problems from an aging population.”

WASHINGTON, D.C. (CNS) — Ahead of the U.S. Senate’s Nov. 29 61-to-36 vote approving the Respect for Marriage Act, the chairmen of two U.S. Conference of Catholic Bishops’ committees reiterated the bishops’ “firm opposition” to the “misnamed” measure legalizing same-sex marriage. In a Nov. 23 joint letter to all members of Congress, the chairmen said they were writing “to implore Congress to reverse course” on H.R. 8404, also known as RMA. The Senate advanced the measure with a 62-37 vote on Nov. 16. Its final vote passing the bill sends it back to the House for a vote. If it passes that chamber, President Joe Biden is expected to sign the bill into law. The U.S. House first passed the bill on July 19 with a large, bipartisan vote of 267-157, but now has to take up the Senate’s amended version. Issuing the joint letter were Cardinal Timothy M. Dolan of New York, Chairman of the USCCB’s Committee for Religious Liberty, and Bishop Robert E. Barron of Winona-Rochester, Minnesota, Chairman of the USCCB Committee on Laity, Marriage, Family Life, and Youth. The bill codifies the Supreme Court’s 2015 ruling in Obergefell v. Hodges that found a constitutional right to same-sex marriage. It also codifies interracial marriage. In a Nov. 17 statement after the bill advanced in the Senate, Cardinal Dolan called it “a bad deal for the many courageous Americans of faith and no faith who continue to believe and uphold the truth about marriage in the public square today.”

Migration Must Be Managed, Not Stopped, Pope Tells European Governments

VATICAN CITY (CNS) — Migration across the Mediterranean Sea is as old as humanity, and while some governments say they want to stop that movement of people, it will not and should not happen, Pope Francis said. “Migration is essential to the well-being of this area and cannot be stopped. Therefore, it is in the interest of all parties to find a solution that is inclusive of the various aspects and just demands, beneficial to all, and ensures both human dignity and shared prosperity,” Pope Francis wrote in a message to participants in the Italian foreign ministry’s annual Rome MED Dialogues. The lack of coordinated solutions to help potential migrants thrive in their home countries and to welcome those who set off for Europe “continues to result in unacceptable and almost always avoidable loss of life, especially in the Mediterranean,” the pope wrote. The meeting on Dec. 1-3 brought together representatives of the European Union and European countries on the Mediterranean with representatives from the Middle Eastern and North African nations that face the sea and that often are crossed by migrants and refugees seeking a better life in Europe. For millennia, the Mediterranean was a crossroads of civilizations and cultures and a place of encounter that benefited all humanity, the pope said. It has “a vocation for progress, development, and culture that unfortunately seems to have been lost in the recent past and that needs to be recovered fully and with conviction.”

VATICAN CITY (CNS) — A person who helps others but does not worship God is a “good atheist,” while someone who claims to believe in God but does not do anything to help others “is a cynic, a liar,” Pope Francis said. Meeting with a delegation from the Latin American Rabbinical Seminary in Buenos Aires, Argentina, the pope supported their proposal to launch a series of educational programs aimed at helping Christians and Jews in Latin America tap into their common spiritual heritage to become “agents of social change.” Rabbi Ariel Stofenmacher, Rector of the seminary, said in a statement that they saw Pope Francis as a key ally in harnessing religious teachings to combat indifference, the breakdown of the family, growing social conflicts, “the disenchantment with democracy,” hopelessness, addiction, and “the madness of new wars.” Speaking without a prepared text to the group on Dec. 2, Pope Francis said he was not kidding when he told them that when a religious leader speaks of justice, echoing the prophets’ call to care for the orphan, the widow, the stranger, the poor — often detractors will “tell you that you are a communist. And look, they say to me: ‘This pope, instead of talking about God, is talking about social things.’” But the two go together, he said. Throughout the Bible, believers are called to love God and love their neighbor, “that is, worship and serve, worship and help.”

RYE, N.Y. (CNS) — Ten years ago, Newtown, Connecticut, was catapulted into the national spotlight when a young man shot and killed 26 people on Dec. 14 at Sandy Hook Elementary School. Twenty of the victims were children in first grade; the other six were adult staff members. Many were members of St. Rose of Lima Parish, where Msgr. Robert Weiss has been the pastor since 1999. Reflecting on the horror and the events of the intervening years, Msgr. Weiss said: “Gratitude sustains me. I pray a lot and try to keep myself in the Lord’s hands.” The priest presided at funerals for eight of the children in a five-day period in December of 2012, as well as wakes and burials. He also said he continues to experience post-traumatic stress for which he has been treated. “I haven’t had a full night’s sleep since then. It’s been a difficult experience for me and for others, too,” he told Catholic News Service in a telephone interview on Nov. 21. In the immediate aftermath of the shooting, there was an outpouring of generosity from all over the world. “We were overwhelmed with things people sent us, from ornaments and prayer chains to cards and donations,” Msgr. Weiss said. Parish staff was on site 24 hours a day to answer calls and emails and Msgr. Weiss restricted volunteers to two-hour shifts opening the mail because it was such an emotional experience.

VATICAN CITY (CNS) — While some people want to “reform” the Catholic Church and others want “to put the brakes on the synod process,” those involved in preparing the continental phase of the synod process want “to mend” the Church under the guidance of the Holy Spirit and the pope, said Cardinal Jean-Claude Hollerich of Luxembourg, Relator General of the Synod. As final plans are made for the continental phase leading to the Synod of Bishops 2023-24, the bishops and coordinators responsible for the regional meetings met at the Vatican on Nov. 28 and Nov. 29. The participants included Archbishop Timothy P. Broglio of the U.S. Archdiocese for the Military Services, President of the U.S. Conference of Catholic Bishops, and Bishop Raymond Poisson of Saint-Jérôme and Mont-Laurier, Quebec, President of the Canadian Conference of Catholic Bishops. Meeting Pope Francis late on Nov. 28, Cardinal Hollerich said the synod process has faced “temptations” along the way. Particularly in the media, he said, there is a temptation to politicize the Church, looking at it “with the logic of politics.” But, he said, the 30 participants from around the world who met at the Vatican in late November “want to be able to enter into a true discernment, an apostolic, missionary discernment, so that the synodal Church can carry out its mission in the world. We want to walk together with you and, above all, with the Holy Spirit and with Jesus, in order to mend our Church.” 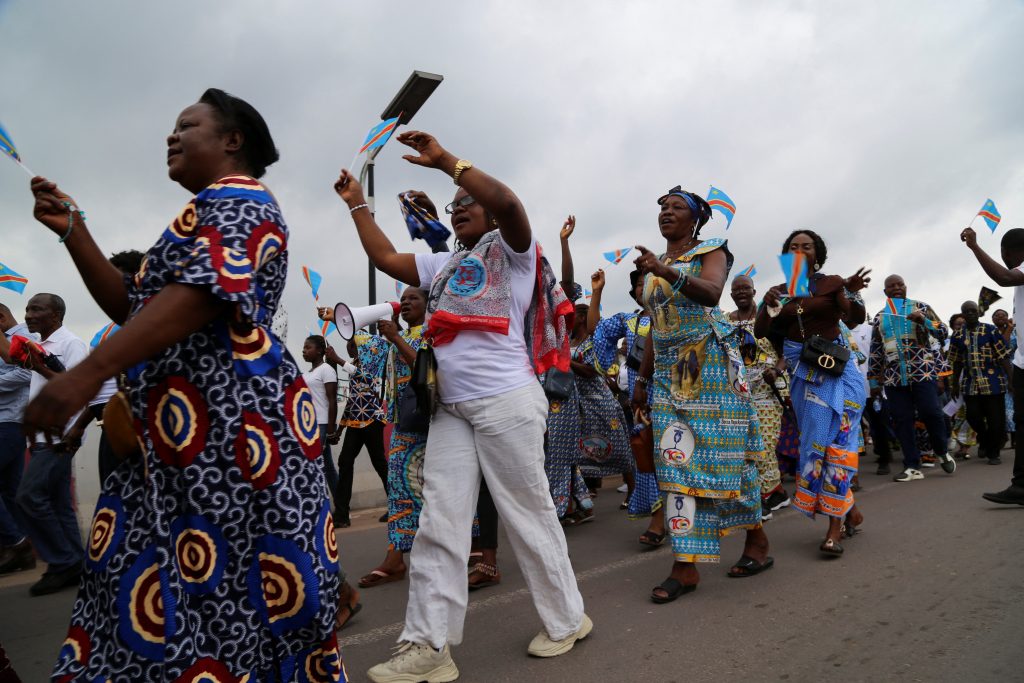