CHICAGO (CNS) – The U.S. Court of Appeals for the 7th Circuit in Chicago said on July 28 that a Catholic high school in Indianapolis and the Archdiocese of Indianapolis have a constitutional right to hire staff who will uphold their core religious teachings. The case, Starkey v. Roman Catholic Archdiocese of Indianapolis, involves Lynn Starkey, a former guidance counselor at Roncalli High School in Indianapolis, who sued the school and the archdiocese in 2019 after her contract was not renewed due to her same-sex marriage. School officials said her marriage was a violation of her contract and Church teaching. Starkey argued she had been discriminated against based on her sexual orientation. She appealed her case to the 7th Circuit after a federal District Court threw out her lawsuit last year. In dismissing the case, the District Court judge said the school employee’s case did not stand up to the principle of ministerial exception that protects a religious school’s hiring and firing practices from government intrusion. The 7th Circuit ruled the lawsuit must be dismissed for the same reason. “Religious groups have a constitutional right to hire individuals who believe in their faith’s ideals and are committed to their religious mission,” Luke Goodrich, Vice President and Senior Counsel at Becket, said in a statement. “Our justice system has consistently ruled that the government cannot intrude on a religious organization’s choice of who will pass on the faith to the next generation.”

Anti-trafficking bill approved to ‘protect the most vulnerable’

WASHINGTON, D.C. (CNS) – “Critical” anti-trafficking legislation overwhelmingly approved by the House in a bipartisan vote on July 26 “will go a long way toward protecting so many vulnerable people from exploitation while providing tremendous support and resources to victims,” said one of its sponsors, Rep. Chris Smith, N.J. Smith and Rep. Karen Bass, D-Calif., wrote the Frederick Douglass Trafficking Victims Prevention and Protection Reauthorization Act of 2022, which House members passed in a 401-20 vote. The House vote came four days ahead of the U.N. World Day Against Trafficking in Persons on July 30. The measure now goes to the Senate, where it is expected to pass in a bipartisan vote. “The enormous support in the House for this critical human rights and law enforcement legislation is a testament to a widespread consensus and underscores the absolute urgency for securing the funds needed to protect victims, prosecute perpetrators and prevent trafficking from occurring in the first place,” Smith said. Bass told her fellow House members that during her career as a health care worker and a legislator that she has seen “too many instances of human rights violations against children and other vulnerable populations – including those falling victim to the abuses of human trafficking, both in the U.S. and around the world.” She added, “We must take this issue seriously and continue to implement a whole-of-government approach to addressing it (and) swiftly pass this bipartisan measure to protect the most vulnerable among us.”

‘Our angels have wings’ Zelenskyy says on Ukrainian Statehood Day

LVIV, Ukraine (CNS) – Ukrainians will fight for their statehood to the last and will not stop until they liberate the last meter of Ukrainian land, President Volodymyr Zelenskyy said in a video address for Ukrainian Statehood Day on July 28. The day marks the 988 baptism of “Kyivan Rus,” the origin of Christianity in the region, but this is the first year Ukrainians marked Statehood Day, reported Religious Information Service of Ukraine. Zelenskyy stressed that Ukrainians need neither fireworks nor pomp to show the importance of statehood for the Ukrainian people. “Today we defend (Ukraine) with weapons in hands. For 155 days in a row,” he said, referring to the Feb. 24 Russian invasion, “We can say that for us, Statehood Day is every day. Every day we fight so that everyone on the planet finally understands: We are not a colony, not an enclave, not a protectorate … not a province, but a free, independent, sovereign, indivisible and independent state.” “Our warriors defend Ukraine on the ground, in the water and in the air. Our ancestors defend it from the skies. And all of them together are our angels. Our angels have wings. But under them there are weapons. We never take weapons first. But if our home is attacked, we stand to the last. Because, losing its own state, any nation loses primarily not its territory. Not hectares or square kilometers of land or water. When a nation loses its own state, it loses its own face. Its own name. Its originality, identity, memory, and with them its heart and soul. And this is much scarier for us than enemy armies, planes, missiles and tanks.”

QUEBEC CITY (CNS) – Meeting Indigenous survivors of residential schools in Canada, Pope Francis entrusted them and the journey of truth, healing and reconciliation to three women: Mary, St. Anne and St. Kateri Tekakwitha. “These women can help us to come together and start to weave anew a reconciliation that can uphold the rights of the most vulnerable in our midst and look at history without resentment or forgetfulness,” the pope said on July 29, his last morning in Canada. Before heading to the airport for a three-hour flight to Iqaluit, Nunavut, in the Canadian Arctic, Pope Francis met with two dozen survivors of residential schools from across Eastern Canada. Organizers said they included people from the Algonquin, Mohawk, Cree, Innu and Mi’kmaq nations. Seated in a wheelchair, Pope Francis greeted each of the survivors as they entered a large living room in the residence of Cardinal Gérald Lacroix of Quebec. He then entered the room using a walker. Reporters and television cameras were present for the beginning of the meeting, but were asked to leave after the formal speeches so the pope and survivors could speak to each other in private. Pope Francis told the group that he had come to Canada “as a friend” to meet representatives of the First Nation, Inuit and Métis communities and “to see, hear, learn and appreciate how the Indigenous populations of this country live.”

WASHINGTON, D.C. (CNS) – A vision of Christ helped give Bishop Oliver Dashe Doeme of Maiduguri, Nigeria, hope for the eventual end of the Islamic terrorist group Boko Haram, after the kidnapping of 276 schoolgirls in the remote town of Chibok in April 2014. “I was in pain. I went into my chapel, as I always do, to pray the rosary,” Bishop Doeme said during a July 26 webinar sponsored by Aid to the Church in Need, the international organization and papal charity that helps threatened communities of faith. He said Christ appeared “as a vision” at the right side of the altar. “I dropped the rosary I was holding,” he recalled. Christ’s message, he said was “‘Boko Haram is gone.’ He said it three times and was gone.” Bishop Doeme said he was “totally shaken” by the experience and didn’t tell anyone about it for a year, and when he did “they were very happy.” Fifty-seven girls had escaped from Boko Haram on the day of the kidnapping. About 100 are still missing, and one was found as recently as June of this year. “With Mother Mary on our side, victory is ours,” Bishop Doeme added. The webinar was titled, “Is Boko Haram defeated? Life under the perpetual shadow of violence.” From 2009 to 2019, according to ACN statistics, Boko Haram had displaced 25 priests from their parishes, 45 nuns from their convents, and more than 100,000 Catholics.

Catholics rally in support of Michigan pro-life center after vandalism

DEARBORN HEIGHTS, Mich. (CNS) – When Mary Wilkerson drove past offensive signs in the front yard of a home in late June, she was angry. Not just because her children were in the car, but because the signs felt hateful to her. Evil. The vulgar signs included profanities toward God and objectionable language about women’s bodies as a way to show dissent after the Supreme Court’s June 24 Dobbs decision overturned Roe v. Wade. She and her husband, Aaron, discussed what they could do with their anger: Pray outside the family’s home, organize a prayer rally in the neighborhood or something else entirely. Wilkerson recalled a recent social media post from her friend, Erin Bauer, who works at the Lennon Pregnancy Center in Dearborn Heights. After the center was vandalized on June 20, Bauer wrote about what happened – windows smashed, graffiti – and about the good things the center did to help 97 women and children in the month of June alone: diapers distributed, food provided and emotional and educational support given. She vowed to continue to help women despite the setback. With her friend’s post in mind, Wilkerson – who has more than 2,000 followers on Instagram – took to her keyboard and shared that she and her husband decided to donate to the Lennon Center. She invited others to join her and eventually $20,000 was raised for the center.

Skills training, education ‘only way out of misery’ for Pakistan’s poor

WASHINGTON, D.C. (CNS) – To improve the lives of Pakistanis, many of whom are desperately poor, the Archdiocese of Lahore has ramped up its educational and vocational training efforts. “We evaluated and studied that – through education and then skill training and some other professional training – that is the only way out of misery,” said Archbishop Sebastian Shaw of Lahore, who has headed the archdiocese since 2013. Beyond faith formation – already a priority within the diocese – “we have operated our summer schools, which were only high schools. In Pakistan, high school is (only) up to 10th grade,” Archbishop Shaw told Catholic News Service in a July 26 phone interview from Brooklyn, New York. Archbishop Shaw was in Brooklyn for talks with Aid to the Church in Need/USA. ACN supports the pastoral work of the Catholic Church in Pakistan. He also came to the U.S. to help a priest from his diocese celebrate an ordination anniversary. “When people have more education, like sewing or a barber salon, or maybe become like a plumber or electrician and laboratory technician or nurses and assistant nurses, that is the way people will come out (of poverty),” Archbishop Shaw said. “But where there is no education” amid the poverty, “people are slaves,” he added. In the Archdiocese of Lahore, “we started three colleges,” the Pakistani-born archbishop said. “we started a sewing center for women” and four more sewing education centers are planned. 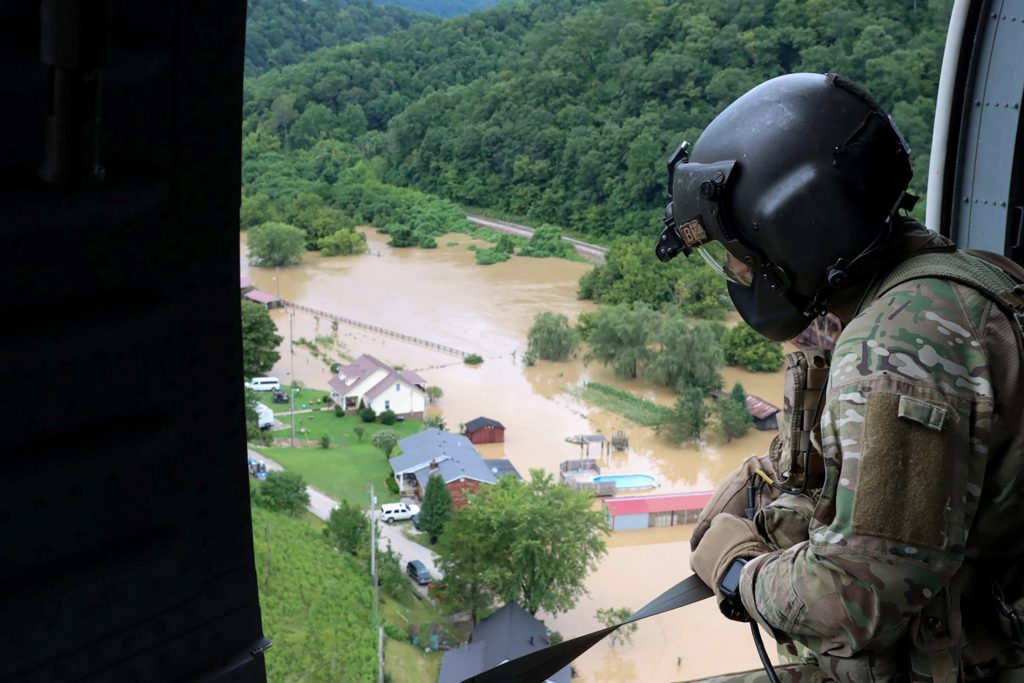