VATICAN CITY (CNS) — The latest victims of rampant kidnappings in Haiti are five priests, two nuns and three laypeople who were abducted together on their way to a parish near the capital of Port-au-Prince early April 11. Kidnapping cases happen almost daily in Haiti, which has been experiencing increasing insecurity, political turmoil and gang violence; it is the poorest country in the Americas. “This new case is a reflection of the collapse of the security apparatus of the state and the country. No one seems to be safe anymore,” Redemptorist Father Renold Antoine told Fides, the news agency of the Congregation for the Evangelization of Peoples, April 12. “Outlawed groups continue to sow fear and sadness in the hearts of the population,” he said. Father Ludger Mazile, secretary of the Haitian bishops’ conference, told Agence France Presse April 12 that the kidnappers had demanded a ransom of $1 million for the group’s release. The Conference of Haitian Religious issued a statement expressing its “deep regret” over the latest kidnapping, but also its “anger at the inhumane situation we have been going through for more than a decade,” Fides reported. Kidnappings for ransom by armed gangs have increased over the past several months.

Holocaust’s ‘righteous’ need to be remembered, too, survivor’s son says

WASHINGTON (CNS) — As the number of Holocaust survivors continues to dwindle, so too are those “righteous Gentiles” who saved Jews who were almost certain to perish, according to the son of one such survivor. “On my father’s side, he and his parents and his brother all survived in Italy because of the kindness and bravery and human decency of the people who saved then,” said Jonathan Sacerdoti, a London-based writer and broadcast journalist, in an April 9 phone interview with Catholic News Service. Three of those who protected Sacerdoti’s father, uncle and grandparents have been recognized by Yad Vashem, Israel’s official memorial to Holocaust victims, as Righteous Among the Nations. They include the mother superior of a convent who took in the boys, ages 5 and 3 in 1943, and their mother, as well as two priests who arranged for new hiding places in Italy when the Nazis got too close for comfort. “It was a traumatic experience, but one that saved them,” Sacerdoti told CNS. He wrote an essay, “How should we honor the ‘angels’ of the Holocaust when they’re gone?” for Spectator magazine. The article was posted April 8, recognized in Israel as Yom HaShoah, or Holocaust Remembrance Day. Sacerdoti wrote that the number of surviving Righteous Among the Nations has shrunk to 193, as two died during Holy Week.

VANCOUVER, British Columbia (CNS) — Canada’s Catholic bishops said the possible pressures the country’s new assisted suicide law will place on Canadians with mental illness or disabilities are “all too real, perilous and potentially destructive.” In a statement April 8, the Canadian Conference Catholic Bishops denounced the expansion of “medical assistance in dying” — or MAiD, as it is known — to those who are not near death. They called on people of faith to pray and to lobby elected officials about the issue. The statement, signed by Archbishop Richard Gagnon, CCCB president, said: “Our position remains unequivocal. Euthanasia and assisted suicide constitute the deliberate killing of human life in violation of God’s commandments; they erode our shared dignity by failing to see, to accept and to accompany those suffering and dying. Furthermore, they undermine the fundamental duty we have to take care of the weakest and most vulnerable members of society.” Canada’s Senate approved Bill C-7 March 17, days after it was passed by the House of Commons. The new law expands access to assisted suicide to those whose death is not “reasonably foreseeable,” including the mentally ill, although that provision will not be enshrined in law for two years to allow a review to establish protocols and safeguards. The new law also allows people to make advance requests for euthanasia if they fear losing the ability to make that decision later in life.

PHOENIX (CNS) — Catholic scholar and legal expert Ryan T. Anderson warned that if the Equality Act is passed by the Senate and signed into law, it would significantly impact women’s privacy and safety, genuine equality, medical practices and religious liberty. It also would negatively affect Catholic schools, shelters, charities and hospitals, not to mention individual educators, social workers and medical professionals who practice their faith, Anderson said. He made the remarks in the keynote address for the recent annual virtual fundraiser for the Diocese of Phoenix’s John Paul II Resource Center for Theology of the Body and Culture. The center focuses on forming youth, equipping adult leaders and evangelizing the culture through St. John Paul II’s teaching on human sexuality and the body. The Equality Act would amend the Civil Rights Act of 1964 to prohibit discrimination on the basis of sexual orientation and gender identity in employment, housing, public accommodations, public education, federal funding, the credit system and jury duty. On Feb. 25, the U.S. House passed the bill in a 224-206 vote. Now it will be taken up by the Senate. Anderson, who is president of the Washington think tank Ethics and Public Policy Center, said the bill also would force access to women’s only locker rooms, restrooms and shelters to anybody who identifies as a woman, regardless of biological difference.

VATICAN CITY (CNS) — Christians are never alone in prayer but instead are accompanied by myriad saints who protect them and seek God’s intercession, Pope Francis said. Whenever men or women open their hearts to God, they will always be in the “company of anonymous and recognized saints who pray with us and who intercede for us as older brothers and sisters who have preceded us on this same human adventure,” the pope said April 7 during his weekly general audience. Continuing his series of talks on prayer, the pope reflected on the connection between prayer and the communion of saints who are “not far from us” and are a reminder of Jesus Christ because they have also “walked the path of life” as Christians. “In the Church, there is no mourning that remains solitary, no tear that is shed in oblivion, because everything breathes and participates in a common grace,” he said. The tradition of having graveyards around churches is a sign of that sharing, he said. It is “as if to say that every Eucharist is attended in some way by those who have preceded us. There are our parents and grandparents, our godfathers and godmothers, our catechists and other educators,” who have not only transmitted faith but also “the way of praying.”

WASHINGTON (CNS) — Pope Francis has appointed Father Daniel J. Felton, a priest of the Diocese of Green Bay, Wisconsin, and its vicar general, to head the Diocese of Duluth, Minnesota. The pope also has accepted the resignation of Auxiliary Bishop John J. O’Hara of New York. He is 75, the age at which canon law requires a bishop to turn in his resignation to the pope. The changes were announced in Washington March 2 by Archbishop Christophe Pierre, apostolic nuncio. A native of Virginia, Bishop-designate Felton, 66, also is moderator of the curia for the Green Bay Diocese. He was ordained a priest for the diocese June 13, 1981. His episcopal ordination and installation as Duluth’s 10th bishop is scheduled for May 20. “We are grateful to our Holy Father, Pope Francis, for sending us our next bishop in this joyful Easter season,” said Father James Bissonette, Duluth’s diocesan administrator, in an April 7 statement. The diocese looks forward to getting to know Bishop-designate Felton, he said, “and beginning this new chapter in our walk of faith together under his leadership as our next shepherd.” 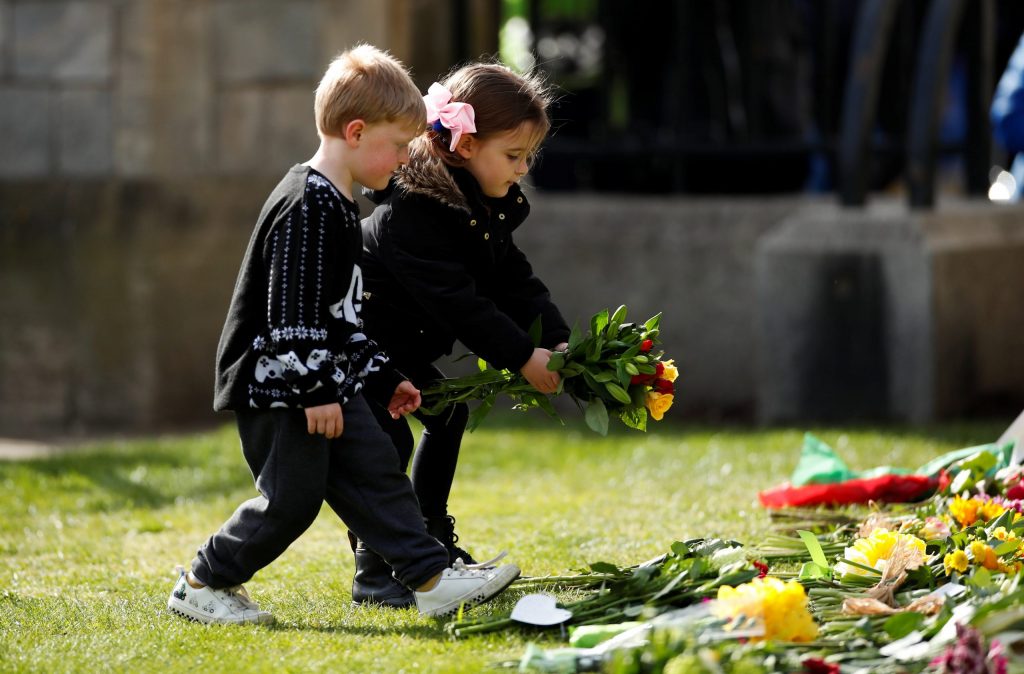