WASHINGTON (CNS) — Asian and Pacific Islander Catholic groups and a number of Catholic bishops have joined their voices with others in calling for an end to violence and hate crimes against Americans of Asian and Pacific Island heritage. “We call on communities to engage in peaceful dialogue at the local and national levels to address prejudice and anti-Asian bias. We stand for the peaceful co-existence of all peoples, we pray for compassion and love, and work toward healing and unity,” said the leaders of 16 groups representing Korean, Chinese, Indonesian, Filipino, Vietnamese, Hmong, Burmese, Indian and other Asian Catholics. Their March 31 statement was released by the Asian and Pacific Island Affairs section of the Secretariat of Cultural Diversity in the Church at the U.S. Conference of Catholic Bishops. “The rise in violence against Asian people across the country is alarming and horrific to all people of right reason,” San Francisco Archbishop Salvatore J. Cordileone said in a March 30 statement, announcing an April 10 service to pray for an end to these attacks. The evening of March 31 Los Angeles Archbishop José H. Gomez was to celebrate an outdoor “Prayer Vigil for Racial Acceptance.”

CHALATENANGO, El Salvador (CNS) — The sun in March and April is unforgiving in the hills and mountains of El Salvador. The lack of rain and scorching sun puts much of the vegetation to sleep, painting a landscape of barren trees and plants, visual reminders of a Lenten season. In this arid setting in the 1970s and 1980s, the government’s armed forces, too, punished the landscape, but their target was people. In 1979, one of those targets in the hills near the village of Los Ramirez was Catalina Ramirez, a 30-year-old Catholic active in her parish. She was an active member of a workers union, illegal back then and likely the reason she was dismembered in 1979, killed along with her father. It has taken more than 40 years, but on March 4, she finally was given what remaining members of her family consider a proper goodbye. Near a grove of mango and coconut trees, Father Manuel Acosta, a Catholic priest and head of the Commission to Search for Persons Disappeared in the Context of the Armed Conflict, known by the acronym in Spanish CONABÚSQUEDA, and Bishop Oswaldo Escobar of Chalatenango presided over an outdoor Mass for the repose of Ramirez’s soul. “I feel happy, I feel a great satisfaction,” said her brother, Manuel Ramirez Guardado, thanking the community for participating in Mass and sharing the afternoon with the family.

WASHINGTON (CNS) — The message is still the same. The message’s frequency is still the same. How the message is spread is still the same. The only difference, it seems, is what’s in the news. Because of the quick rise in the number of unaccompanied minors crossing the U.S.-Mexico border, more people are responding to the call to help made on social media by the U.S. bishops’ Migration and Refugee Services. MRS posts messages on its Facebook and Twitter accounts about the need for foster care of young migrant children, both those crossing the border and refugee minors currently across the Atlantic Ocean awaiting foster families in the United States. But MRS hasn’t added any other social media outlets to its portfolio, and is posting that the foster care needs messages in the same rotation with other MRS resettlement programs. After all, “I don’t want any one program to feel like we’re not promoting them,” according to Mark Priceman, MRS’ assistant director of communications. “They’re the same messages. Basically, it gets picked up in times of crisis,” Priceman told Catholic News Service in a March 29 phone interview.

At 105, Catholic woman beats COVID-19 with a lot of faith and a little gin

TRENTON, N.J. (CNS) — Lucia DeClerck has survived the 1918 influenza pandemic, two world wars, the loss of three husbands, one son and many of her physicians. Recently added to the list: COVID-19, which she tested positive for on her 105th birthday. “She sailed through the two-week quarantine like a champ without any symptoms,” said her granddaughter, Shawn Laws O’Neil. The tale triggered a flurry of recent articles; her uplifting health news spread far and wide, resulting in an outpouring of greetings from around the globe — all of which reached DeClerck at her residence in Mystic Meadows Rehab and Nursing Center in Little Egg Harbor, New Jersey. There, ensconced in a room adorned with pictures of saints and an olive wood cross from the Holy Land, she recently shared her advice for a long life: prayer without ceasing; love without constraint; abiding concern for others; an open door; no junk food; and, oh yes, nine golden raisins soaked in gin every day as a tonic. “I found the recipe in a cathedral in Honolulu years ago, and I have followed it ever since. It’s supposed to cure anything that is wrong,” DeClerck confirmed good-naturedly.

NAIROBI, Kenya (CNS) ­— Catholic bishops in Uganda are mourning Archbishop Cyprian Kizito Lwanga of Kampala, who was found dead in his room April 3. His death shocked the East African nation, where the archbishop had come to be known as a defender of the rights of the poor and the downtrodden. The cause of death was not released immediately. The 68-year-old archbishop will be buried April 8 at St. Mary’s and Sacred Heart Cathedral Rubaga in Kampala. Bishop Joseph Antony Zziwa, chairman of the Uganda Episcopal Conference, expressed the bishops’ deep regret at the death of the archbishop. On April 2, the country had watched the archbishop join other Christian leaders in a Way of the Cross procession in St. Paul’s Anglican Cathedral. The activity had been organized by the Uganda Joint Christian Council, an ecumenical grouping of Catholic, Anglican and Orthodox Churches. From time to time, Archbishop Lwanga attracted the ire of government officials after he castigated injustices and government excesses. In 2018, he charged that the government had recruited priests and nuns to spy on him. The archbishop said a caller had told him that the government thought he wanted to overthrow it.

PORTAGE, Ind. (CNS) — Mike Brosseau wishes to be known for his workmanlike dedication to his craft and even-keeled personality. A member of Major League Baseball’s Tampa Bay Rays since 2019, the graduate of Catholic schools in the Diocese of Gary, Indiana, is sometimes put into a national spotlight when he is identified with the drama of the game. Before the 2021 MLB season began April 1, Brosseau reflected on some intense moments from last season and how he called upon his faith to navigate through them. On Oct. 9, Brosseau found himself walking to the plate as a pinch hitter in the eighth inning of Game 5 of the American League Division Series against the New York Yankees. The best-of-five series was tied 2-2. The score was 1-1. There was one out and no runners on base when Brosseau, who attended St. Bridget School in Hobart and Andrean High School, a diocesan high school in Merrillville, assumed his batting stance. “Honestly, I was looking to get into scoring position somehow,” said Brosseau in an interview at his parents’ home in Portage. “I wanted to drive a ball with some authority into play.” Brosseau faced Yankees closer Aroldis Chapman and on the 10th pitch, he launched a home run into the left-field seats that wound up being the difference in the Rays’ 2-1 win. A celebration of cheers, high-fives and dances greeted the 27-year-old Brosseau as he rounded the bases and headed to the dugout. “I think a big thing that I learned throughout Catholic school was how to be disciplined,” Brosseau explained. 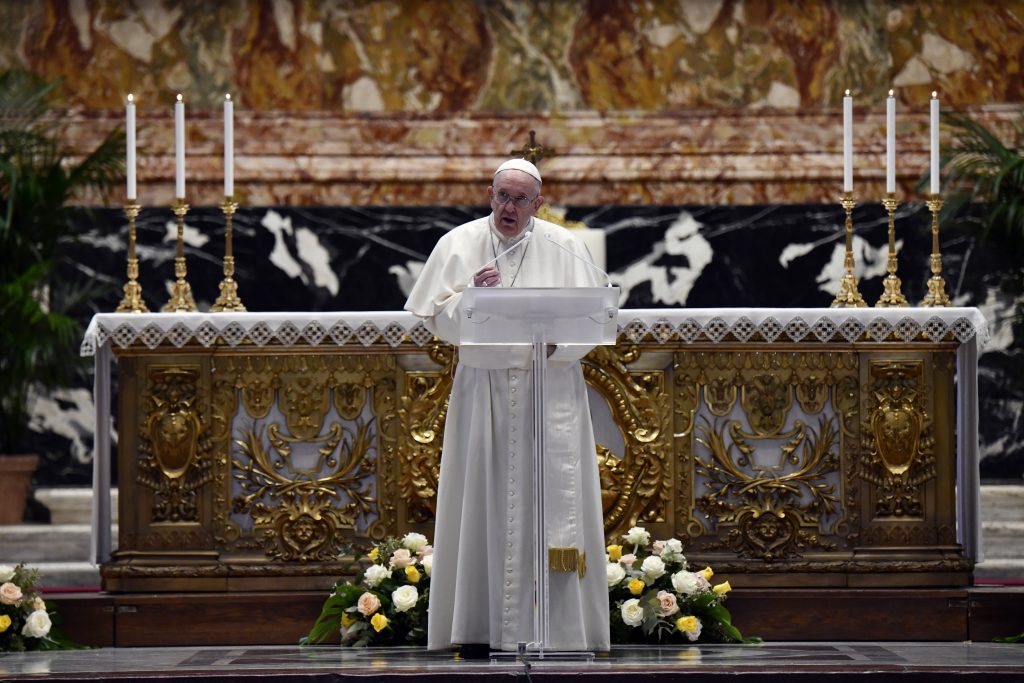