WARSAW, Poland (CNS) – A bishop in Ukraine accused Russian forces of deliberately targeting aid centers and of destroying the port of Mariupol to scare other cities into surrendering. “The Russians look for aid and medical distribution points where people gather – this is why charitable work here is now so dangerous,” said Bishop Pavlo Goncharuk of Kharkiv. “As for Mariupol, this is now completely in ruins – although we don’t know how many civilians have died there, it certainly runs into thousands. I’m certain it was selected as an example, ostentatiously used as a firing range and shelled to rubble to show what will happen if other cities continue resisting.” In a March 31 interview with Catholic News Service, he said his own city of Kharkiv, with almost 2 million mostly Russian-speaking inhabitants before the war, also remained under constant bombardment despite being largely reduced to “ruins and ashes.” Four-fifths of local Catholics have fled the city’s five parishes, Bishop Goncharuk said, and Masses were no longer being celebrated for fear Russian artillery would deliberately strike them.

WASHINGTON, D.D. (CNS) – The Catholic University of America’s board of trustees has selected Peter K. Kilpatrick as the 16th president of the university, effective July 1. His appointment was announced on March 29. He succeeds John Garvey, who has served as president for 12 years. “We could not have asked for a better candidate to lead Catholic University. Peter Kilpatrick is both a distinguished researcher and a creative administrator who sees research at the service of the human person in keeping with his Catholic faith,” Victor P. Smith, chairman of the university’s board of trustees, said in a statement. Smith chaired the search committee to find a successor to Garvey, who announced last September that he would step down from the role he described as “an honor and a privilege” at the end of June. Since 2018, Kilpatrick has been Provost and Vice President for Academic Affairs for the Illinois Institute of Technology, a private research university in Chicago. “Serving as president of The Catholic University of America is a dream job for me, bringing together faith and reason in service to the human person and human dignity,” he said in a statement. According to a news release about his appointment, “combining research and faith is important to Kilpatrick,” who became Catholic as an adult.

VATICAN CITY (CNS) – Meeting members of a foundation supporting individuals with autism and their families, Pope Francis happily put on a gift of a red chef’s apron over his white cassock and gave his guests an enthusiastic “thumbs-up.” The apron was emblazoned with the name and slogan of a pizzeria near Milan run by young adults on the spectrum: “PizzAut: Let’s Feed Inclusion. Don’t Trample on Dreams.” The pizzeria, which opened in May 2021, also brought along its food truck to Rome and parked alongside Bernini’s colonnade surrounding St. Peter’s Square to offer free lunch to people in need after the papal audience on April 1. Pope Francis told them this gesture was “beautiful! An initiative that demonstrates the style of the good Samaritan, God’s style,” which is to be close, compassionate and kind. “With these three traits one can see the face of God, the heart of God, the way of God,” he said. The papal audience in the apostolic palace brought together members of the Italian Autism Foundation on the eve of World Autism Awareness Day. The U.N.-sponsored day was dedicated this year to the importance of access to education, which was drastically disrupted the past two years due to the COVID-19 pandemic, reversing years of progress and worsening inequalities, the UN.org website said.

ROME (CNS) – Msgr. Thomas W. Powers, Vicar General of the Diocese of Bridgeport, Connecticut, has been named rector of the Pontifical North American College, the U.S. seminary in Rome. His appointment by the Vatican Congregation for Clergy was announced on March 30 and goes into effect on July 1. The current rector, Father Peter Harman, has completed a six-year term. In a press release from the college, Bishop Robert P. Deeley of Portland, Maine, and Chairman of the Board of Governors of the college, which nominates the candidate, said, “Monsignor Powers is extremely well-suited to serve as our next rector, given his extensive experience in seminary formation, his many pastoral skills and his prior work in church governance and administration. We are very grateful for his acceptance of our nomination.” Monsignor Powers said, “I am very grateful to be asked to take on this important role,” and “I ask the Lord to grant me the grace to fulfill this role faithfully and I entrust myself to Our Blessed Mother, Our Lady of Humility.” Father Harman praised the monsignor as “a talented, generous, faithful and holy priest. I cannot think of a better example and spiritual father for the men in priestly formation here at the North American College.”

LONDON (CNS) – Members of the British House of Commons voted to continue indefinitely with emergency COVID-19 legislation to allow women to obtain abortion pills by mail after an online consultation. After the vote, Auxiliary Bishop John Sherrington of Westminster, the lead bishop for life issues of the Bishops’ Conference of England and Wales, said the vote “fundamentally changes access to abortion.” Members of the House of Commons voted 215-188 on March 30 for an amendment to the Health and Social Care Bill to continue the “do-it-yourself abortion” plan indefinitely. The vote means the amendment will become law in England and Wales. Under the system, after a tele-medical assessment, women are sent two pills to procure an abortion – the first to induce a miscarriage and the second to cause the uterus to contract and expel its contents. The emergency measure was announced on March 28, 2020, three days after the start of the first national lockdown, when women could not visit their doctors in person, and the government intended to end it on Aug. 30, 2022. Before that time, all women seeking an abortion had to obtain the written consent of two doctors, including at an in-person appointment, and the pills had to be ingested in a clinical setting in the event of any complications. “Such a move diminishes the seriousness with which these decisions should be taken,” Bishop Sherrington said in a March 31 statement posted on the website of the English and Welsh bishops’ conference.

After clampdown in El Salvador, some worry human rights in peril

WASHINGTON, D.C. (CNS) – Human rights groups in Washington D.C. sounded the alarm after the Salvadoran government began mass arrests and suspended personal freedoms following a record-breaking spree of homicides by gangs in late March. Almost immediately, El Salvador’s legislative body voted to declare a “state of exception” for 30 days, limiting the right to assembly and due process, as well as stripping privacy in personal communications, saying it was necessary to combat the violence. “A broad state of emergency adopted in El Salvador in the name of security suspends a range of basic rights, opening the door to abuse,” said the Washington, D.C.-based Human Rights Watch on March 29. Salvadoran authorities, including national police and soldiers, increased presence around El Salvador, controlling who got in and out of certain neighborhoods, searching houses and personal property at random and detaining anyone suspected of being a gang member. A photographer from one of the country’s national newspapers covering the situation said that on March 29, soldiers asked him to get on his knees, took away his camera and erased photos in the memory card.

WASHINGTON, D.C. (CNS) – Pope Francis has appointed Father Earl K. Fernandes, a former staff member of the apostolic nunciature in Washington and currently a Cincinnati pastor, to head the Diocese of Columbus, Ohio. He succeeds Bishop Robert J. Brennan, whom the pope named to head the Diocese of Brooklyn, New York, last September. He was installed on Nov. 30. At 49, Bishop-designate Fernandes will be one of the youngest U.S. Catholic bishops. Ordained a priest of the Archdiocese of Cincinnati on May 18, 2002, he served at the nunciature from 2016 to 2019. He has been pastor of St. Ignatius of Loyola Parish since 2019. His appointment was announced in Washington on April 2 by Archbishop Christophe Pierre, apostolic nunciature. Bishop-designate Fernandes was secretary at the nunciature from 2016 to 2019. Before that he was dean and assistant professor of moral theology at Mount St. Mary’s Seminary in Cincinnati 2008 to 2016. He is the published author of one book and numerous articles and essays, and has given talks and retreats across the country. A native of Toledo, Ohio, he finished two years of medical school at the University of Cincinnati College of Medicine before he discerned a vocation to the priesthood in 1996 and entered the seminary. 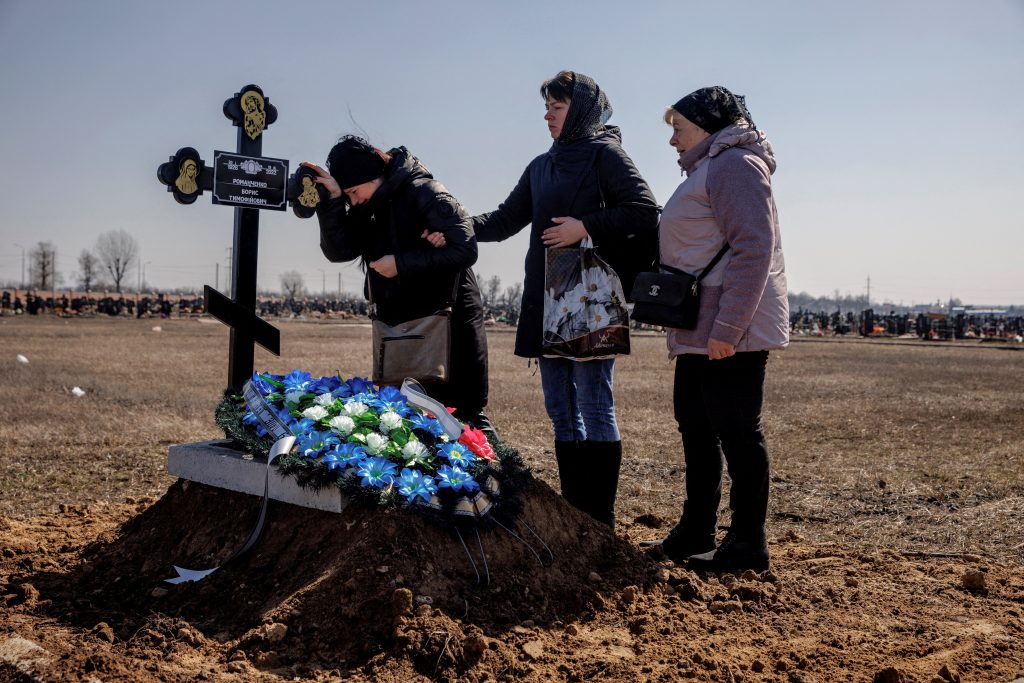