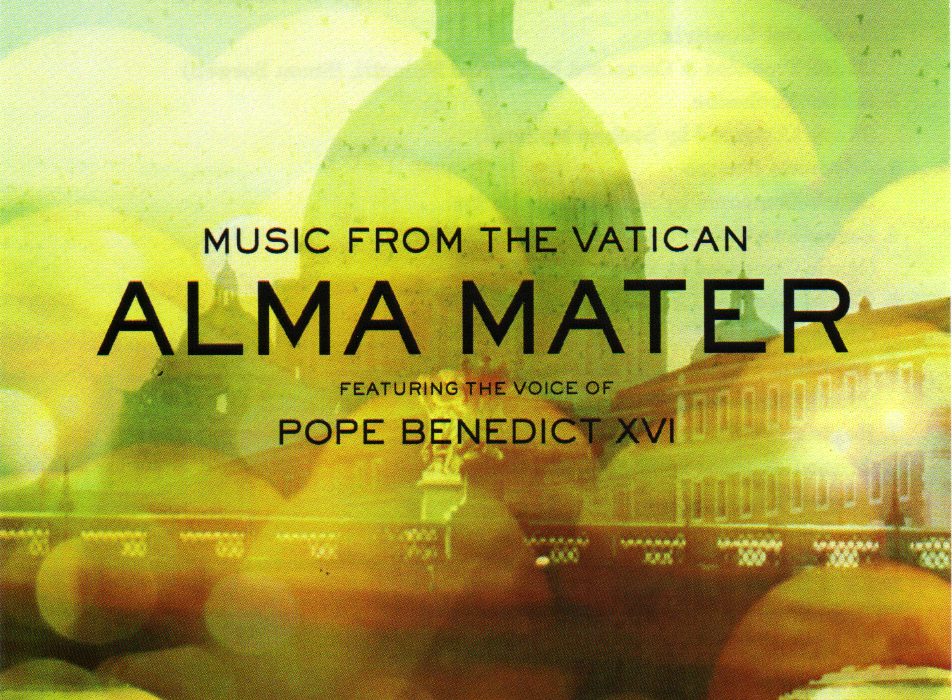 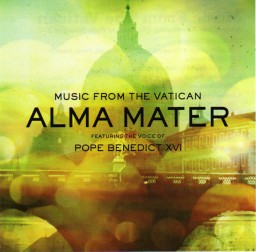 ROME (CNS) — Under the gilded ceiling of a Roman basilica, a choir performed while the taped voice of Pope Benedict XVI sang the Marian hymn “Regina Coeli” (“Queen of Heaven”).

The performance marked the press launch of “Alma Mater,” a CD featuring the recording of the pope leading the “Regina Coeli” prayer in St. Peter’s Square on May 1, 2005, the first time he had led the hymn as pope.

The CD features eight pieces. They each begin with six lines from the Marian Litany of Loreto and then segue into a new composition of classical music with the pope’s voice overlaid, usually reciting a Marian prayer or talking about Marian devotion.
The disc was co-produced by the Pauline Fathers’ Multimedia San Paolo and Geffen Records, which is part of Universal Music Group. It was scheduled for worldwide release Nov. 30.

Pauline Father Vito Fracchiolla, general director of the order’s publishing companies in Italy, said the disc “is the fruit of the convergence of many artists and of many business and church entities, a result of teamwork aimed principally at making a gift to Pope Benedict XVI” by spreading his Marian devotion and a message of hope.

Colin Barlow, president of Geffen Records UK, said, “The beauty of this record is that it celebrates the beauty of music.”

Geffen and the Paulines held a press conference in Rome’s City Hall Nov. 10 before inviting the media to listen to the Rome choir sing selections from the album in the Basilica of St. Mary Ara Coeli.

The Jesuit, who also directs the Vatican Television Center, said the Vatican also made six of its video clips of the pope available to the project for a fee of 6,580 euros (about $9,900) for use during “Alma Mater” concerts and in publicity material.

Father Lombardi said the disc is an affirmation “that art is the natural ally of the spirit in a way that goes beyond religious affiliation,” as seen in the fact that the composers, producers and musicians include Christians of various denominations, a Muslim and nonbelievers.

The Jesuit, who also serves as Vatican spokesman, said he believed Pope Benedict had received a copy of the CD and had listened to it, but he had not heard the pope’s reaction.

The decision of Vatican Radio and the Vatican Television Center to allow the Paulines to use the pope’s voice and image was approved by the Vatican Secretariat of State, Father Lombardi said.

The approval came because of Pope Benedict’s interest in “finding and experimenting with new ways and means for transmitting a religious, spiritual message in this world that needs it so badly. And also to find new ways to bring the voice and the person of the pope closer to a wider public,” he said.

“Music is an effective language for communicating today with a vast public of young people, and not only with them,” he said. “And the creative effort of allying both traditional and modern music with wise and spiritual words is certainly worthy of respect and encouragement,” Father Lombardi said.
Even after agreeing to the project, the Vatican reserved the right to approve how the pope’s voice and image were used and stipulated that Geffen was to donate a portion of its profits to charity, he said.

Asked why Vatican Radio would allow a commercial enterprise to use the pope’s voice for such a modest fee, Father Lombardi said the radio is a service aimed at spreading the pope’s message, not making money. “But if Universal and the Paulines make colossal profits and want to make a donation out of gratitude to the pope or to Vatican Radio, I wouldn’t refuse it,” he said.