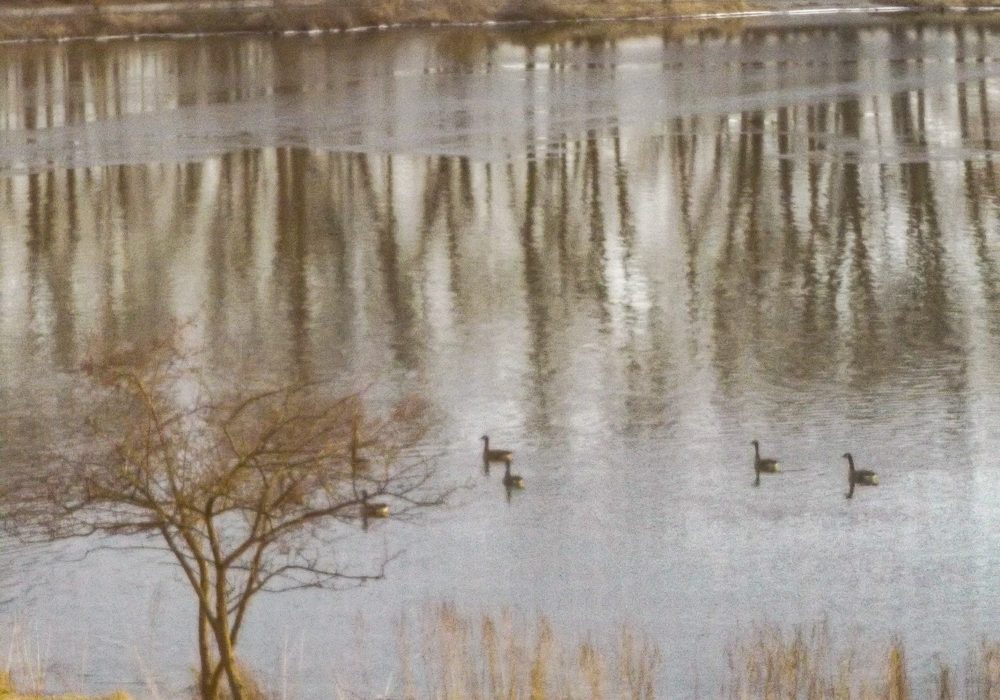 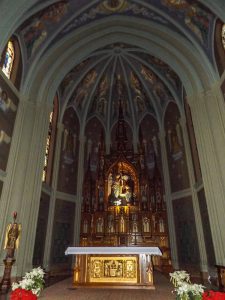 This beautiful chapel in the Maria Center in Donaldson is a place where the seniors living there can spend some time in quiet contemplation.

A group of residents at Maria Center in Donaldson gathers daily for communal meals, often talking and sharing about the community they are happy to call home. On one sunny evening in June, the topic of conversation among a group of about a dozen of the men and women was the return of fellow resident Ken Jamsa from an eagle-watching trip to Peru.
“How many did you see?” they wanted to know. Jamsa reported he saw 19 eagles, and shared a bit of the experience as they ate dinner.

Activities like local eagle watching are among the reasons residents say they enjoy each other’s company and the Maria Center. They also attend local musical performances and have lecturers and guest speakers come in.

But more than the activities, most residents of the center cite the atmosphere and the religious sisters as reasons why they enjoy their environment. 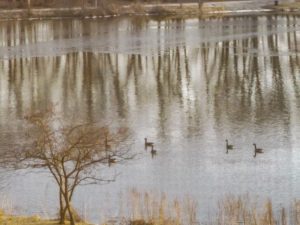 Seniors living at the Maria Center in Donaldson have a view of serene Lake Gilbraith. Along the lakeside path is a large Stations of the Cross.

The sisters belong to the Poor Handmaids of Jesus Christ, an order that will celebrate 150 years this year.
“I just love the sisters,” said Beryl Green. “My daughter went to Ancilla College, so I was familiar with them.”
Phyllis Barnes and Lola Schroeder also love the Christian values and the social aspect that’s provided by living at the Maria Center. 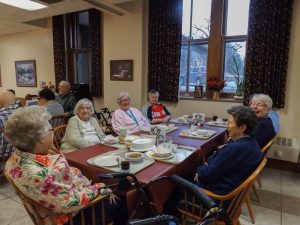 Green and Doris Feiser said that the statues above the altar in the center’s chapel were originally at a gravesite of a woman whose husband was upset at the thought of her in the ground. He moved her remains to a mausoleum and donated the statues to the chapel. One of the sisters designed the stained-glass windows, they said.

“Everything in the chapel has a story and means something,” Feiser pointed out. They shared that once the balcony was utilized by the sisters who were ill but it is no longer in use.

The residents, both Catholic and non-Catholic, express their individuality by decorating their apartment doors and placing small decorative items outside their door as one would do at a private home.

The grounds at Donaldson include a lake, a large Stations of the Cross along a lakeside path, a labyrinth by the retreat center, and quiet areas for spiritual contemplation.

“This is a wonderful place — knowing you’re surrounded by beautiful people who’ve done a lot of great things in the world,” one resident said.

“We’re like one big family – the sisters and the residents,” said Pauline Preston.