Near the end of her eighth-grade year at St. Pius X School in Granger, something happened to Marissa Koscielski. What seemed like a tailbone injury sustained during gymnastics led to paralysis and a lack of feeling on her left side. Not only did Marissa’s young body react in dramatic ways to standard treatments and medications, doctors were unable to come up with a definitive diagnosis. They predicted Marissa would never walk again.

Marissa and her mother, Maureen McNulty, refused to acquiesce. Instead, they embarked on an odyssey that stretched their faith to its limits.

“We could not have made this incredible journey without faith in God and a very supportive community,” said McNulty. “Every time something hard would come at me, I’d eventually step back and realize I had to ‘let go and let God.’ By nature, I’m a fixer, but this was beyond my control; all I could do was trust God.”

The youngest of four living children of Maureen McNulty and Matthew Koscielski, Marissa attended St. Anthony de Padua School at the South Bend parish where Maureen had grown up. However, she felt called to be part of the first class to graduate from the new St. Pius X School in Granger, so she transferred at the beginning of her seventh-grade year, enrolling before it was even clear there would be enough students to compose a class. “We had a terrific experience at both schools,” said McNulty.

Marissa had been involved in gymnastics from the age of 9, so she joined the team at her new school. Then came the injury that puzzled her doctors and left her in excruciating pain. What was causing her bizarre symptoms? Was it Lyme disease? An unknown virus? An infection? A nerve injury? Whatever it was, she then began to develop hematomas in her back. Finally, mother and daughter headed to the Mayo Clinic in 2010. Exploratory surgery revealed and removed a benign fatty mass on her spine in 2012. Then she began slowly learning to walk again. On the recommendation of the Mayo doctors, Marissa spent the summer in a teen pain rehab center. 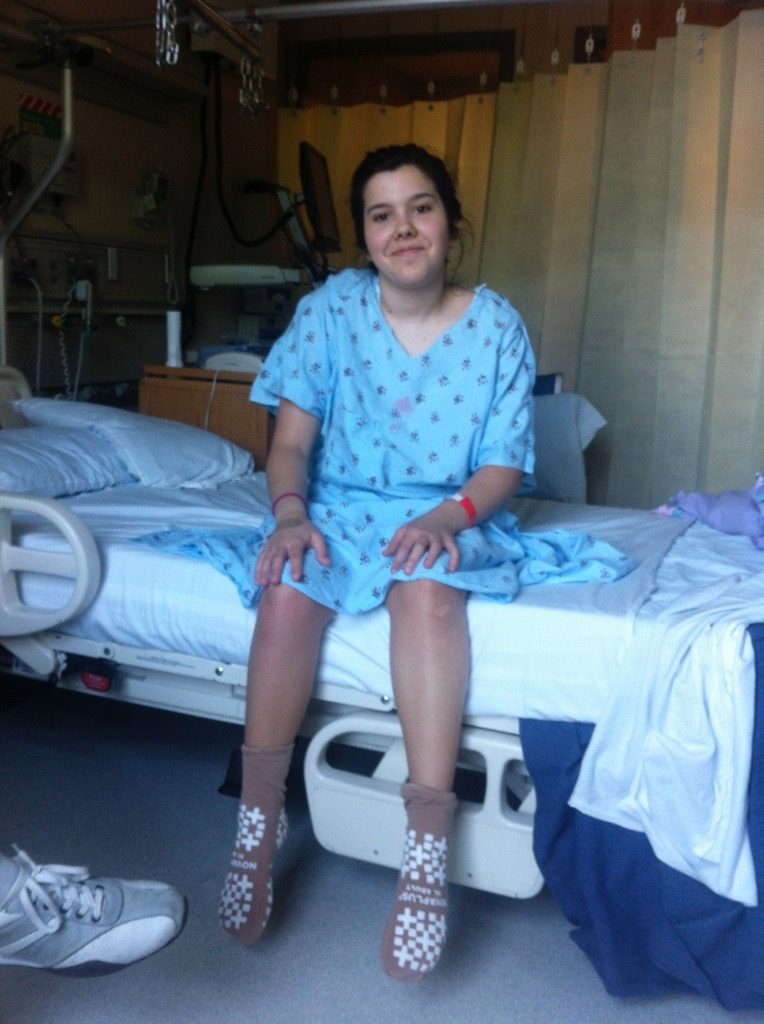 This was not the first time McNulty had suffered with a daughter. Twenty-six years prior, Lilah was born at midnight via emergency C-section. Within half an hour of Lilah’s birth, McNulty said she snapped out of the anesthesia, knowing she had a job to do. She remained awake during the 13 hours of Lilah’s short life. “I know it was God’s Grace and gift to me to bond with her, to comfort her, and to witness her passing.” Again during Marissa’s grave illness, “I experienced so many gifts of grace,” McNulty testified.

Mother and daughter often found comfort in the beautiful chapel at St. Marys Hospital, part of the Mayo Clinic complex. Shared suffering forged bonds of mutual ministry with other families. Typical was their arrival at the hotel after the long, painful drive from South Bend, which Marissa could only tolerate by lying on her back with cushioning against bumps. She was too exhausted to go out for dinner; but McNulty felt the need for a hot meal. After snapping at each other, they agreed to check the vending machine in the lobby for something they could heat in the microwave in their room.

As they neared the lobby, they smelled pizza. The family who had ordered it not only shared the pizza but also gave the mother and daughter much-needed perspective. The family’s mother was ill, and they had just learned that no treatment was available for her. 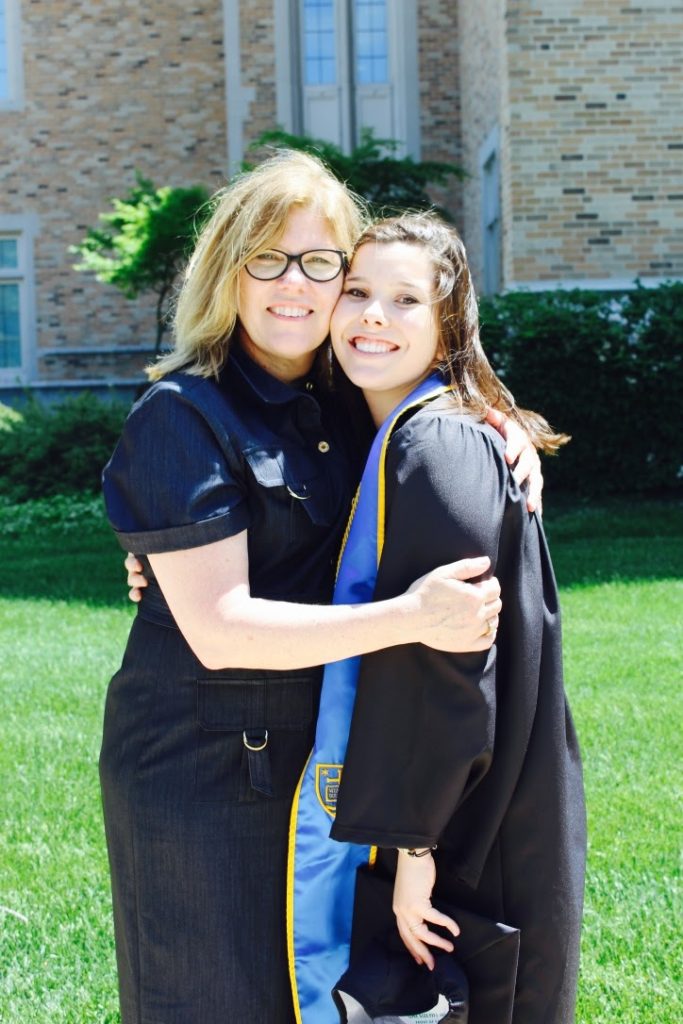 Marissa Koscielski will graduate with a master’s degree in technology and entrepreneurship this spring from the University of Notre Dame, something she and her mother, Maureen McNulty, have prayed for following a mysterious, debilitating health problem that struck Marissa in middle school. — Provided by Maureen McNulty

During this long ordeal, Marissa found it difficult to keep up with her schoolwork at Marian High School. She reluctantly dropped more challenging courses and even enrolled in an online academy for two semesters. The Marian administration and Marissa’s classmates were “awesome,” said Maureen, extremely understanding and accommodating. By her senior year, Marissa set her sights on college, considering a career in medicine, since that field had impacted her life so much. Not immediately accepted at Notre Dame, she began in the Gateway program, enrolling jointly at Holy Cross College and Notre Dame. She worked hard enough to complete her college degree in three years, graduating in 2017 with a major in mathematics.

By this time, Marissa was well on her way to developing a mobility aid that could attach to a walker, lifting a person’s leg and setting it back down, thus helping retrain brain pathways that promote independent movement. Her therapist at Mayo Clinic told her a device like that could help amputees. She entered Notre Dame’s Entrepreneurship, Technology, & Innovation program, where she will earn a master’s degree in technology and entrepreneurship this spring and then work full-time in her new company, Enlighten Mobility.

During the same period, McNulty had to deal with other family challenges, with the wholehearted support of St. Pius X Parish. She enrolled in Notre Dame’s nonprofit administration program. As a family member battled addiction, she was inspired to create Bedrock Financial Health, a program to help recovering addicts get a handle on their finances.

Throughout the journey, Marissa’s situation was brought before many prayer groups, and mother and daughter say they felt the prayers of many of the faithful holding them up. They remain extremely grateful.

The bottom line for McNulty? “I know God has a plan for me! Our challenges aren’t over, but I’m at peace. I know I’m not alone. Amazing things are happening around me all the time.”