YANGON, Myanmar (CNS) — Cardinal Charles Bo of Yangon has called on the citizens of Myanmar, which is witnessing merciless killings by security forces, not to give up hope.

“The Way of the Cross of Myanmar will never go in vain. It will end in the resurrection of freedom, democracy and peace and prosperity to all,” he said in a homily at the Easter Vigil Mass April 3. His remarks were reported by ucanews.com.

“Hundreds have been killed. A bloodbath has flown on our sacred land. Young and old and even children have been mercilessly killed.”

At least 557 people, including 44 children, have been killed and more than 2,600 arrested since the military takeover, according to a rights group which monitors casualties and arrests. 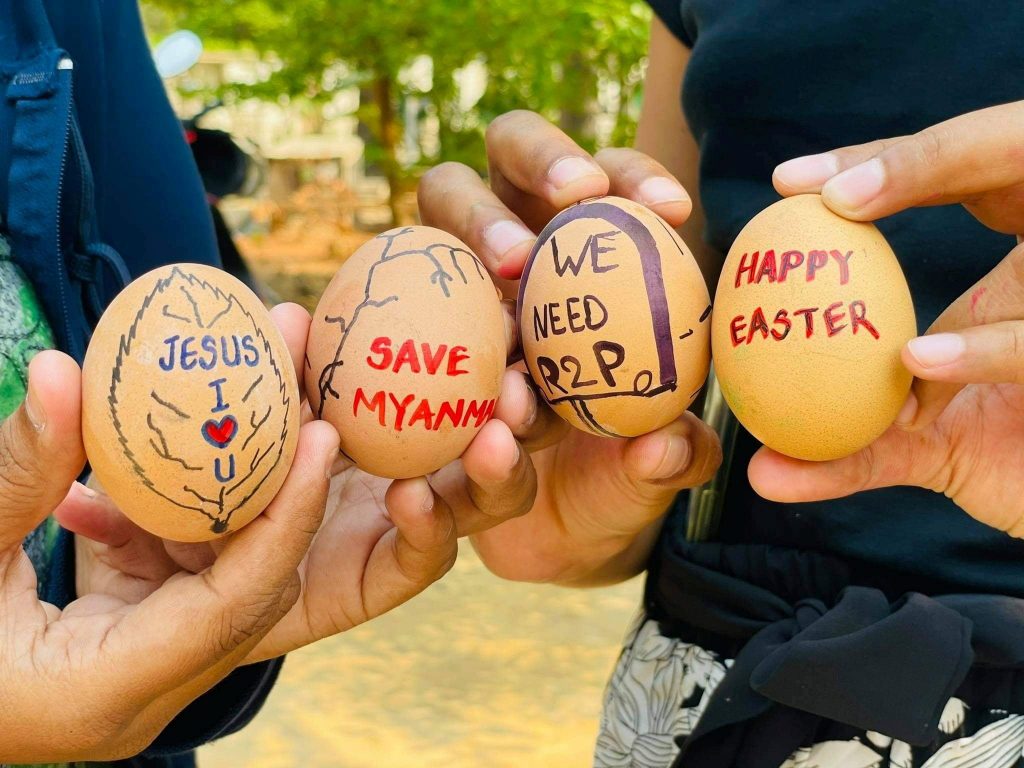 Easter eggs painted with slogans from the protests against the military coup are displayed in Mandalay, Myanmar, April 3, 2021. Cardinal Charles Bo of Yangon has called on the citizens of Myanmar not to give up hope. (CNS photo/social media via Reuters)

Ucanews.com reported Cardinal Bo said the Resurrection is a reminder of hope and Easter must start the process of healing the nation.

“The war against our youth, killing them in the streets, is a war against human dignity,” he said, adding that “torture, abuse, merciless killings made it the 21st century Calvary.”

He added: “The coup is a shattering catastrophe. Dreams of our people became a nightmare. Let the dreams of democracy buried for the last two months in the graves of oppression be resurrected.”

The cardinal has praised young people’s determination in the fight for democracy and justice as the struggle has drawn huge support from all men and women of goodwill.

“In a poignant show of humanity, those who died young donated their body and blood to the future of others, shaming cowards who celebrated every killing,” Cardinal Bo said.

He added that young people’s struggle “has awakened a huge wave of humanity and fellowship among all people.”

The cardinal has called on young people to adopt nonviolent methods and not to die unnecessarily.

“If you live long, democracy is strengthened, the evil is weakened,” he said, adding that the enemy knows only the language of violence.

“Let a new Myanmar of peace and prosperity rise from the grave of hatred and darkness,” he added.