SAN FRANCISCO (CNS) — Kathy Folan had many dreams as a young philosophy student at the University of San Francisco in the 1990s. Sharing a stage one day with the child she conceived in a sexual assault and telling their story to a crowd of thousands was surely not one of them.

“Now it seems, we’ve been called to share this story,” said Folan, 49, in a promotional video for San Francisco’s Walk for Life West Coast, which was held Jan. 25 and where she was one of three featured speakers.

“It’s not easy, for sure. But the Holy Spirit is with us and I feel like now is the time to share it,” she said in the video. “To give other people hope and to see a good story, what can become of it if you let it.”When Folan walked to the podium at the annual pro-life event and described the events that led to her decision to choose adoption for her unborn child, Nathan Sullivan, 28, was at her side.

Sullivan, whose face is a near-replica of Folan’s own, shared their story from his perspective at a traditional vigil at St. Dominic Church the evening before the walk.

Initially, Folan said she lived with shock and shame after an acquaintance raped her. Like many girls and women who survive such an ordeal, she “didn’t tell a soul.”

A month later when she discovered she was pregnant, she said, the plans she had for her life “flashed before me,” but she understood that “God had entrusted him to me for whatever reason.” 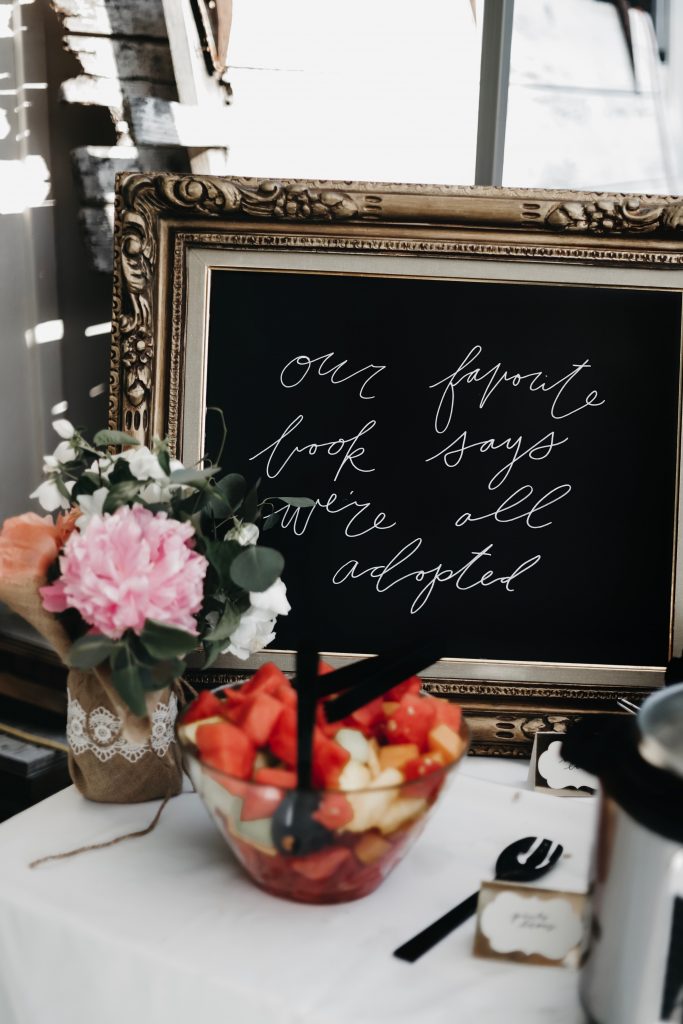 Folan was fearful of “crushing” her devoutly Catholic parents in Spokane, Washington, with the news of her pregnancy, but they were greatly supportive, she said, suggesting Folan finish school at nearby Gonzaga University and raise her child with their support.

“Still, I knew that this baby needed a mother and a father,” she said, and decided to pursue adoption.

After reviewing “hundreds” of prospective adoptive families, Folan asked Barry and Liz Sullivan in Maryland to adopt her son.

Folan knew the Catholic couple active in the pro-life community would “raise my child the way I wanted my future children raised. They were also comfortable with open adoption, in which birth parents, adoptive parents and the adopted child have some degree of contact with each other.

“I wanted my child to know who I was without the burden of asking his adoptive parents,” Folan explained.

After his birth in the summer of 1991, Folan spent six days with her baby boy — an unconventional choice but based on the advice of an adoption counselor. The Sullivans arrived toward the end of her time with Nathan and with both birth and adoptive families present, he was baptized and placed by Folan into the arms of his adoptive mother.

When she returned to college two months later, Folan she said she was active and a “great pro-life example” on campus. But at home alone at night she cried.

“There was that little seed of doubt, what if I had kept my baby,” she said.

Folan, against her better judgment, accepted an invitation from the Sullivans to visit during her spring break a few months later.

“I saw he had everything that I couldn’t give him at that time, and I knew I had made the right decision,” she said.

Two weeks later, she met Luis Folan, her husband of almost 25 years, and added sons Justin and Brendan and daughter Ciara to their family.

After Nathan moved to San Francisco for a job in 2012, he and the Folan family grew even closer. Her two younger sons became Eagle Scouts like their older half-brother. What’s more, said Folan, they now both attend Embry-Riddle Aeronautical University, Nathan’s alma mater, and the three young men now see each other “on almost a daily basis.”

“Who could have ever known in that moment I took that pregnancy test and I saw my life flash in front of me that it would turn out so beautifully,” said Folan.