MEXICO CITY (CNS) — Mexico’s bishops called on Catholics to speak out ahead of a Supreme Court ruling that could lead to abortion being decriminalized nationwide.

In a statement July 24, the bishops said, “We urge all Catholic faithful and all citizens to join efforts to ensure that the dignity of each human being is appreciated and that we get through the serious challenges we confront at this time in our country.”

The first bench of Mexico’s Supreme Court is expected to rule July 29 on a lower court decision from the state of Veracruz. The Veracruz decision ordered the state legislature to reform its criminal code and remove any penalties for abortion during the first 12 weeks of pregnancy.

Justice Juan Luis Gonzalez Alcantara Carranca has proposed the Supreme Court uphold the lower court ruling, according to the newspaper Reforma. If three of five justices support Gonzalez’s proposal, it would be approved and implemented.

“The decisions of the woman during the period of the first 12 weeks of pregnancy … are part of the private sphere that is not subject to the sanctioning power of the state,” Gonzalez wrote in his proposal for the court to consider. “The total prohibition on interrupting a pregnancy — via criminal classification — is a barrier that creates discrimination against women in relation to the right to health.” 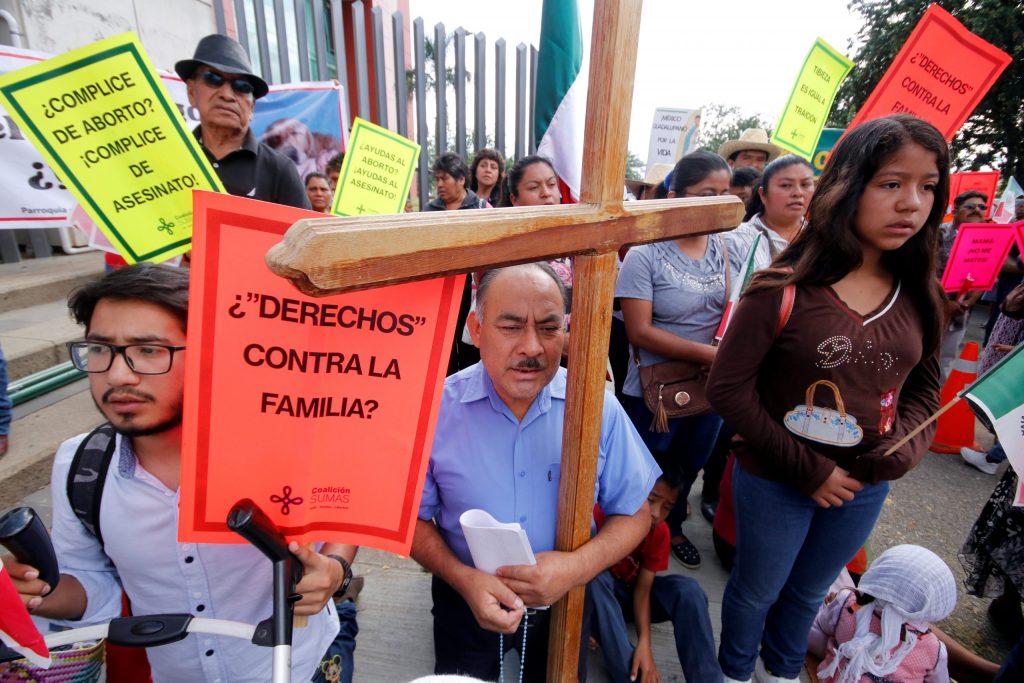 Pro-life supporters pray during a 2019 protest outside the local congress in Oaxaca, Mexico. In late July, Mexico’s bishops called on Catholics to speak out ahead of a ruling from the country’s Supreme Court, which could lead to a nationwide decriminalization of abortion. (CNS photo/Jorge Luis Plata, Reuters)

The impact of the Supreme Court’s decision could be far-reaching. Analysts say it could result in the effective decriminalization of abortion, as lower courts would issue rulings ordering state legislatures to remove criminal sanctions.

“Although its immediate consequences would have an effect in (Veracruz) state, its effects could be extended to the other entities of the country,” read the bishops’ statement, signed by Bishop Jesus Jose Herrera Quinonez of Nuevo Casas Grandes, director of the bishops’ ministry for issues pertaining to life. “It is the responsibility of the authorities of any of the three powers, or of any level of government, to act in order to grant the maximum legal protection to the right to life that each individual of the human species has at any time and circumstance.”

Currently, only Mexico City and the state of Oaxaca have decriminalized abortion, though measures proposing decriminalization have been presented and voted down in several states over the past year. 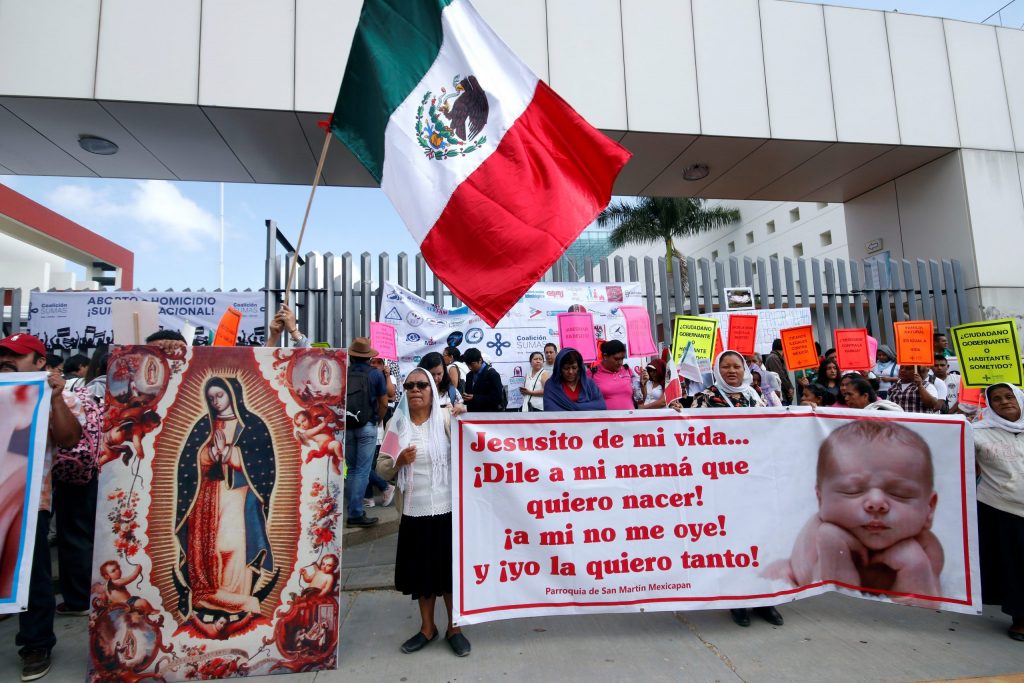 Pro-life supporters pray during a 2019 protest outside the local congress in Oaxaca, Mexico. In late July, Mexico’s bishops called on Catholics to speak out ahead of a ruling from the country’s Supreme Court, which could lead to a nationwide decriminalization of abortion. (CNS photo/Jorge Luis Plata, Reuters)

The federal government is also divided on abortion, with President Andres Manuel Lopez Obrador showing little interest in the issue — unlike some in his Cabinet and party — while the courts have issued a ruling upholding access to abortion in cases of sexual violence.

Mexico’s bishops said in a July 16 document on life: “We denounce all attempts — explicit or veiled, direct or sophisticated — to justify abortion or take away legal protections from children before being born.”

The bishops’ letter on life decried a “culture of death” as Mexico recorded its most murderous six months on record over the first half of 2020, and the COVID-19 pandemic claimed more than 43,000 lives.

“The level of violence astonishes and hurts us due to its quantity, frequency and cruelty, and we cannot remain indifferent to it,” the bishops said.

“Many Mexicans are experiencing pain and confusion. We observe a ‘culture of death,’ which is hitting the heart of the Mexican people repeatedly,” they said.