Three students at St. Jude School, Fort Wayne, received a unique grant from a family at the parish. 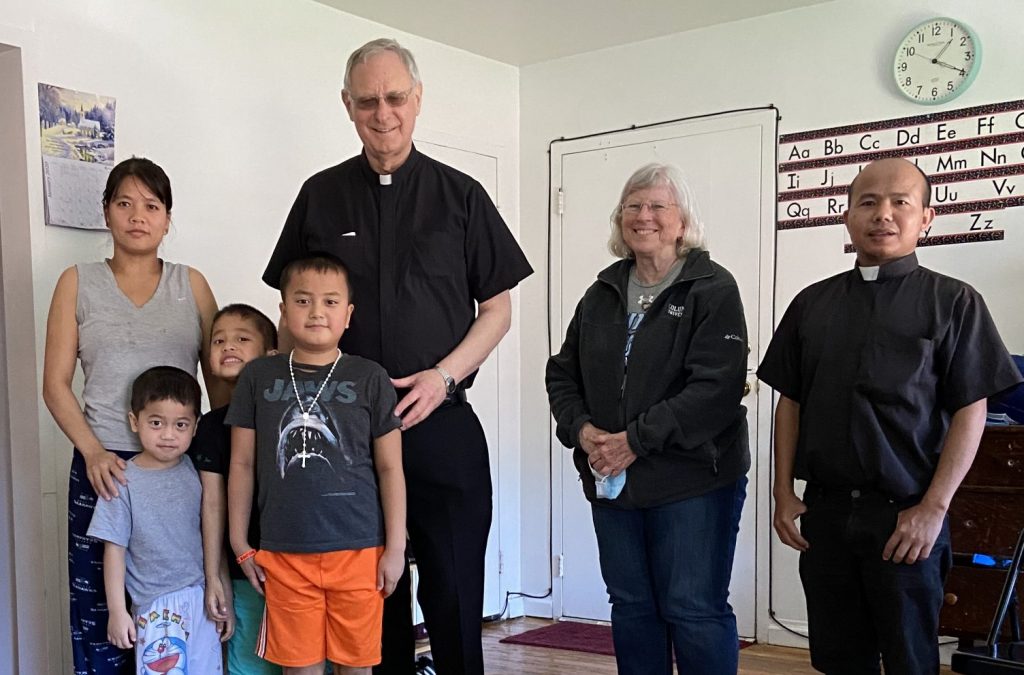 Lian Cing and her children, Peter, Bosco and Augustine, were given a $1,000 grant through the St. Jude social action committee during a presentation at their home. Msgr. Robert Schulte, committee member Sheila McGarry and Father Peter Dee De awarded the three boys the Elisabeth and Nikolaus Reitzug Spirit of Hope Endowment, an annual immigrant grant established in memory of the couple who escaped Nazi Germany during World War II.

Peter, Bosco and Augustine Cing, brothers who immigrated from Vietnam, received the first annual Elisabeth and Nikolaus Reitzug Spirit of Hope Endowment through the Catholic Community Foundation of Northeast Indiana.

The Reitzug family established the grant in memory of their parents who escaped Nazi Germany during World War II.

Elisabeth and Nikolaus Reitzug “worked hard to make a new life for themselves here in this country,” said Sheila McGarry, who is part of the social action committee at St. Jude Parish.

The St. Jude Parish Social Action Committee, of which Elisabeth was a long-standing member, plans to distribute this award to immigrant families annually.

“The intent is for the committee to identify and assist hardworking individuals and families who are chasing their hopes and dreams by emigrating to this country, but are going through a season of need,” McGarry continued.