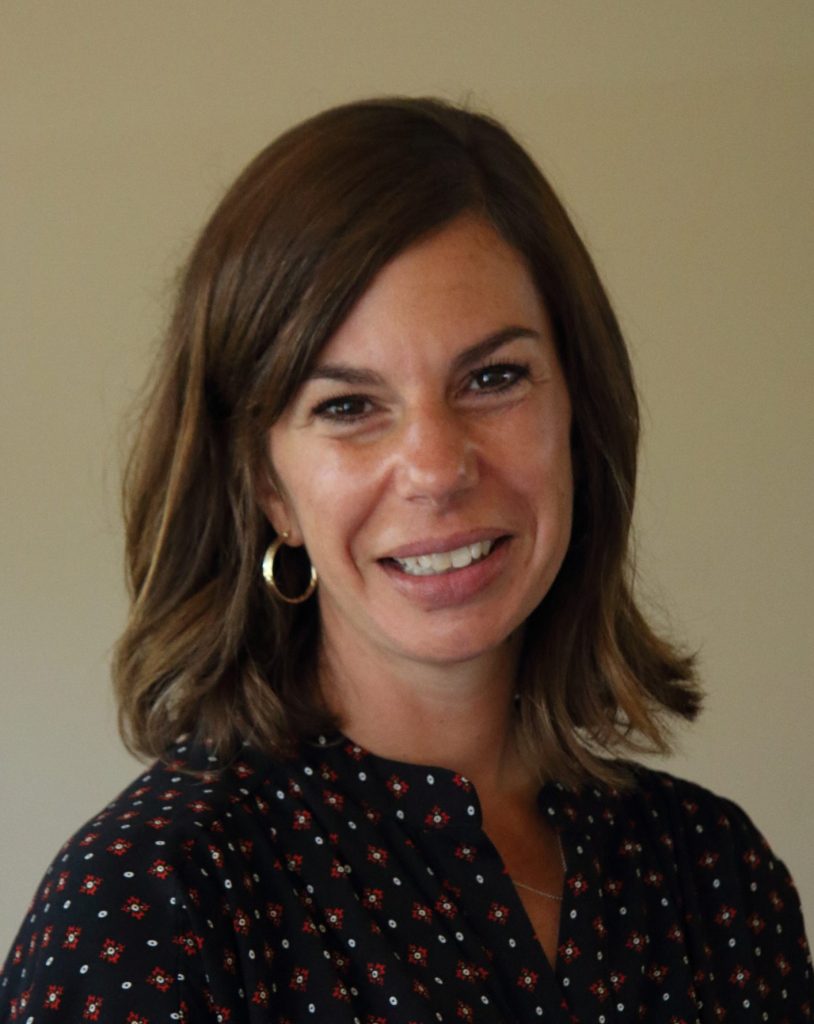 Melissa Green was born and raised outside of New York City. “I came to Indiana as a college freshman at the University of Notre Dame,” she explained. It was there that she earned an undergraduate degree in English. Afterward, she entered the Alliance for Catholic Education program.

ACE is a two-year service program – “the Catholic school version of Teach for America,” she shared. It is specifically for those who did not study education in college.

“You graduate from the program with a master’s degree in education from Notre Dame. For two years after receiving your graduate degree, you serve as a full-time teacher in a Catholic school in a diocese where they are struggling in some way,” she continued.

Green taught sixth grade in the ACE program in Montgomery, Alabama. While there, she lived with five other teachers as an “intentional faith community.”

Green’s exposure to and experience with ACE weaves divine providence into the story. What initially drew her attention to the program was a conversation she had shortly after her mom retired from education, during which the seed was planted about Melissa going into education.

Shortly after that conversation, while she was an undergraduate senior, Green went to an informational meeting about ACE and was inspired by the ACE teachers she met. While in ACE, she forged friendships with other like-minded people who wanted to form relationships in their day-to-day work. They continue to be present in her life as godparents to her children and among those she sees on an annual basis. Despite the geographical distance, she has maintained those friendships.

After her time in ACE, Green continued to teach in Catholic schools. Her first assignment was at St. Jude School in Atlanta, Georgia. She chose that location because it was recommended by ACE friends, and, again through divine providence, she met her husband through the program. After the couple married, they moved to St. Paul, Minnesota, because her husband was invited to begin an ACE replication program at the University of St. Thomas.

ACE sealed Green’s desire to want to be a part of teaching Catholic children in a school setting. Through it she met a wonderful caliber of people, which changed her whole life and formed her in a way that nothing else has, she said. It gave her a sense of purpose and direction and clarified for her that she wanted to use her gifts and talents in a setting where faith was central and prominent to the educational environment.

“It’s a perfect intersection of both academics and faith. It brings me joy, having a deep, God-centric purpose to what I am doing every day,” she said.

Green did not initially consider working in educational administration. In fact, for one year she stepped out of education entirely and into the role of an administrative assistant.

But being a school leader comes with much responsibility, so after Green gave birth to her first child in 2005, she also put her goal of becoming an educational administrator aside. She didn’t apply for a leadership position until 2018, continuing to teach, meanwhile, until the right opportunity and timing coincided.

Green said her experiences helped her realize she wanted to be part of bigger conversations such as: “Where are we headed as a school? What are we doing for our teachers?”

An opportunity came up to be assistant principal at St. Adalbert School in South Bend in 2018. “I felt this was a great learning opportunity,” she explained. There, she worked with principal Joe Miller, who participated with Green in the ACE program in 1998-99. “This was a good fit,” she said. “The school was run by someone I trusted. It was a smaller school and was a great invitation to take a step toward leadership. I stayed in that role for three years.”

When Green saw the principal position at St. Joseph Grade School, at the parish she and her family have attended for 14 years, friends in education invited her to apply. “They felt it made a lot of sense for me to come back,” she said. She was offered the position and accepted it.

Green and her husband have four children: two daughters who will be at Saint Joseph High School this fall and two sons who will attend St. Joseph Grade School.

What she is most looking forward to about her new position is working with the teachers. Green said she has found they are driven to be excellent in their field, using summertime to reflect and perfect what they do and plan ahead.

“I’m excited to be in this community of Catholic educators, because they are mission-driven men and women, but they also love the art of teaching,” she shared. One of the longtime teachers at St. Joseph, Rachel Schroeder, applied for assistant principal and will be working with Green. The women have formed a strong camaraderie and shared vision for the school.

“In a Catholic school, you are looking to form the hearts and souls of the children as much as you’re looking to impart truth and information to them,” she reflected. “You’re given the opportunity to assist them to see how innately good they are and how much potential they have to express that good in their own unique way, to become holy people. They’re good in different ways. Their own holiness will look different from each other, but this spiritual diversity is a gift to the Church. I want to affirm that and help them become the people they’re called to be.”