One tooth at a time.

That’s how Father Brian Isenbarger recently grew in his understanding of the state of medical care in Aguanqueterique, Honduras.

The parochial vicar at St. Vincent de Paul in Fort Wayne accompanied a group of 10 doctors, dentists, nurses, and pharmacists — most of them his parishioners — on a weeklong medical mission trip in November. Their destination was the Honduran town of St. Vincent de Paul’s sister parish, Immaculate Conception. Monday through Friday, the group worked in local clinics, ministering to the medical needs of the community.

“There were lots of teeth extractions,” recalled Father Isenbarger, noting the effects of too much soda on teeth in an area where water is undrinkable. “We extracted an average of four and a half teeth per person, with a maximum of 12. We ended up seeing more than 500 people in the course of the week.”

For Father Isenbarger, whose many talents do not include performing dental surgery, this meant handing out parasite medications and taking the temperatures and weights of patients. He also tended to the spiritual health of the people of Aguanqueterique by saying Mass in Spanish several times. 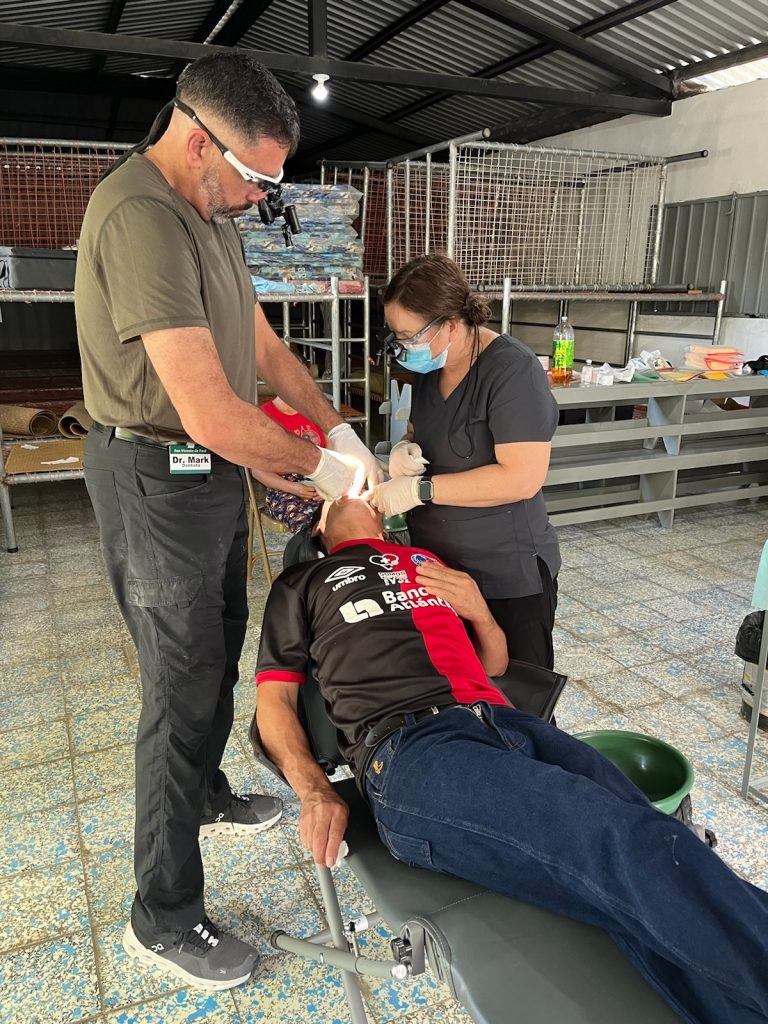 Once a year, St. Vincent de Paul parishioners are afforded such a chance to support their sister parish in person with a mission trip. While this opportunity is notably unique, it isn’t exclusive. Across the Diocese of Fort Wayne-South Bend, there are a handful of parishes that help support sister parishes in other countries — many of them in impoverished and underdeveloped regions of the world, including Honduras, Haiti, Uganda, and Bangladesh.

Support for sister parishes comes in a variety of forms. For many parishes, it includes frequent prayer intentions in the General Intercessions at Mass. Others take up second collections throughout the year to address specific financial needs of the sister parish, such as building a new school or rectory. For St. Charles Borromeo in Fort Wayne, which supports a seminary in Uganda, regular monetary donations are exchanged for touching stories and photos of what the financial help has accomplished.

In Granger, St. Pius X’s sister parish is etched into the church’s very identity, both literally and figuratively. Parishioners embraced St. Joseph in Kyengera, Uganda, as their sister parish in 2001, when Monsignor William Schooler was installed as pastor of St. Pius X. Monsignor Schooler’s longtime friend, Father Larry Kanyike, is pastor of the Ugandan parish, and he welcomed Monsignor Schooler on a visit for the dedication of their new church in 2012. This parish relationship is reflected in a mural on the northern wall of the St. Pius X sanctuary, where St. Charles Lwanga, a Ugandan martyr, is depicted alongside other significant saints.

In such impoverished nations, the church often takes on an added importance to the community. In fact, Father Isenbarger described Immaculate Conception as “the social and spiritual hub of the town” in Aguanqueterique. According to Betsy Quinn, Director of Stewardship and Engagement at St. Pius X, the financial assistance that her parish has provided through the years has only amplified the St. Joseph clergy’s commitment to the people they serve. 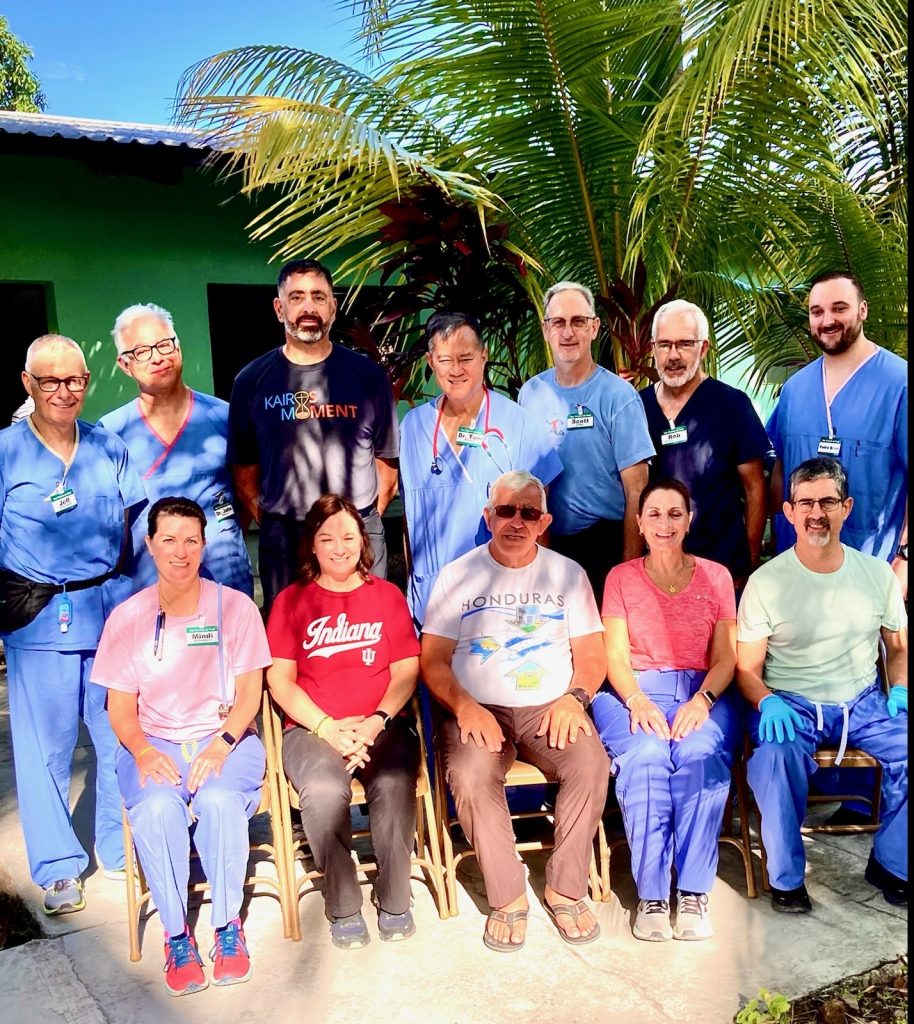 “Father Bill has visited Father Larry in Uganda two times,” remarked Quinn. “On both occasions, he saw the need for our support with his own eyes. When he visited Father Larry for the dedication of his new church, Father Larry was featured on the front page of the local newspaper. The article showed that Father Larry still wears worn out shoes and drives an old car. Unlike other dignitaries who receive funds from the United States, Father Larry invests every penny into his parishioners.”

Father Isenbarger witnessed a similar display of dedication to parishioners from Father Angelo Falzon, Pastor of Immaculate Conception in Honduras.

“We had a rough time getting down there,” said Father Isenbarger, explaining that their luggage with medical supplies got delayed when they switched airlines, forcing them to use leftover medical supplies in the town until it arrived. “The most moving part of the trip for me was when I was in the airport with Father Falzon trying to get the situation sorted out. He just started weeping, saying, ‘These poor people need their medicines.’”

St. Vincent de Paul’s financial support is bringing more than just medicine to the parishioners at Immaculate Conception. It’s funding a new retreat center with a well, a generator, and two dozen rooms — a far cry from the parish’s current retreat center, which consists of four cinderblock pavilions. However, Father Isenbarger was quick to note that the happiness of the Hondurans he met was not tied to their material goods and resources.

“They’re such a joy-filled people,” Father Isenbarger said of the locals. “In many ways, they are happier than we are in America. They may be poor, but they have each other, and they have their faith. I was struck by the closeness between Father Falzon and his people. He really was the dad of the community. The daily Masses were full, and they were all singing at the top of their lungs.”

This joy that transcends social and economic class continues to inspire our diocesan parishes to generously support their sister parishes in need. For Father Isenbarger, his recent experience in Aguanqueterique ended up being just as much an exercise in contentment as it was a medical mission. All the proof he needed was in the smiles that surrounded him.

Even those that were missing a few teeth.