Bishop Kevin C. Rhoades prayed vespers, the evening prayer of the Liturgy of the Hours, with members of the Mastodon Catholic group from Purdue University Fort Wayne on March 28. During his homily, the bishop talked about the unique, intimate relationship that Christians have with God.

“We are called to submit to God, but He’s not a stern ruler — He is a God of compassion, mercy and love. He is our father,” he said. To illustrate this point, the bishop recalled the story of a Muslim girl he knows. “She fell in love with Christ. She was having a very difficult time in her Muslim religion. She just didn’t believe. When she was introduced to Christianity, and the concept of God as Father, it turned her world upside down.” 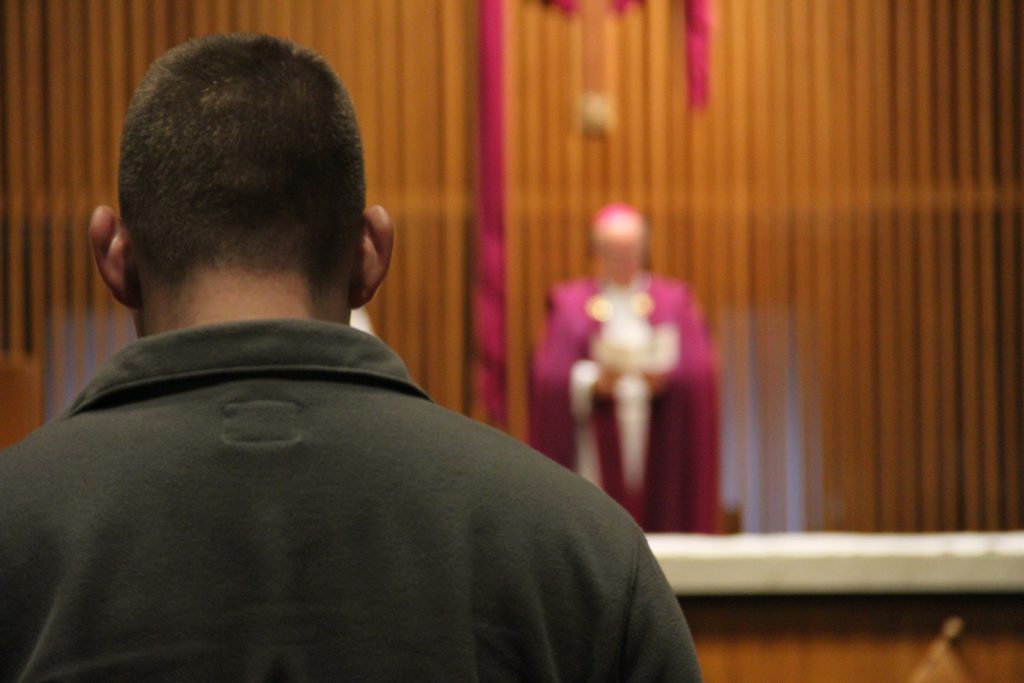 After the conclusion of vespers, Bishop Rhoades and the students met in the St. Charles Borromeo Parish youth ministry center, Fort Wayne, for refreshments and a Q&A session. The first question asked was about balancing schoolwork with working for the good of the Church.

“It’s good to discern and pray about it,” Bishop Rhoades said. “What is God calling you to do? What would help you to grow in your relationship with Christ by doing this? Where is the greatest need?”

He also commented: “I think it’s better to do a few things well, than do a lot of things and not be faithful to it.”

Another question revolved around New York Gov. Andrew Cuomo’s failure to veto extreme abortion legislation in early 2019, and why the Church has not excommunicated him. The bishop responded that there is much debate in the Church on the issue of excommunication in such circumstances.

The bishop said that at the least, in such a grave matter, the person should not be allowed to receive Holy Communion. He also explained that excommunication is a medicinal penalty, a medicine that helps someone to convert; to change. 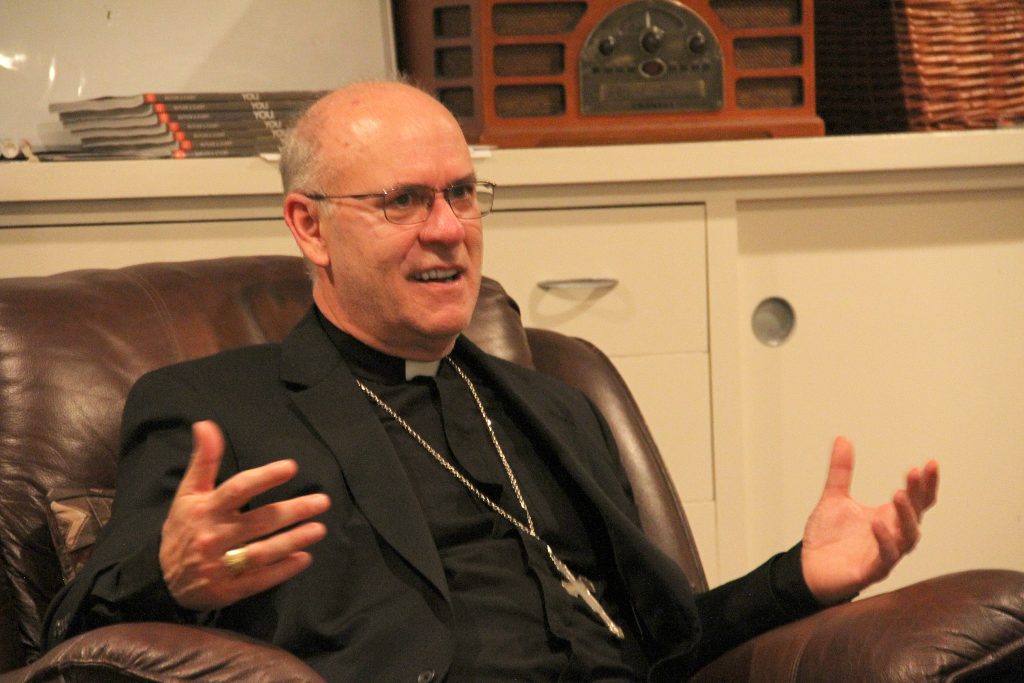 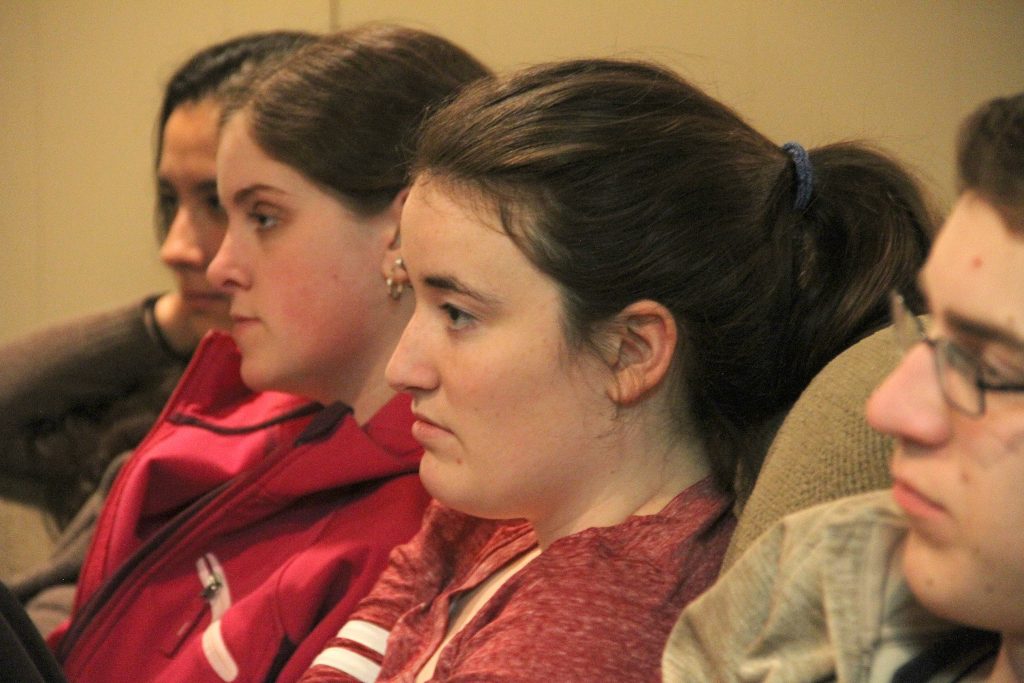 After several addendums to the question of excommunication, the students asked Bishop Rhoades about the differences between the Roman Catholic Church and the Eastern Orthodox Church, specifically in terms of the reception of Communion.

The next topic of discussion was the Church’s stance on same-sex adoption. “The reason that we do not agree with it isn’t that they might not be good parents, or that they’re not good people. It would be because we believe a child deserves a father and a mother: that there’s something you receive from a father as you’re being raised, and other qualities that you learn from your mother,” the bishop said. “In the case of same-sex marriage, one of the problems is the lack of having a father and a mother; the other is that it’s an illicit relationship that is not setting a good example for the child being raised — they’re being raised in a way where they’re learning that same-sex marriage is OK. We want what is best for the child.”

“In your generation, it’s probably the teaching of the Church that is most unpopular, from what I’ve experienced when I’m with young people,” he said. “It is important to emphasize that the Church is love, and to have compassion for those with same-sex attraction, because that’s most fundamental. Our teaching on marriage is not bigotry, it’s respecting God’s plan and will regarding marriage, and God is the author of marriage.”

After the session concluded, Mastodon Catholic member Gabby Cheever commented: “It was great to have the bishop at our Thursday night Mastodon Catholic meeting. It really shows to me that he cares for all his flock, young and old. We had a great question-and-answer session that was really informative. We are truly blessed to have a bishop that cares.”

“I really enjoyed the night. I especially liked the community evening prayer,” said Jacob Schroeder, a sophomore at Bishop Dwenger High School, Fort Wayne. “Bishop Rhoades’ homily on the closeness of our Christian God made me feel grateful for belonging to the Catholic Church.”