FORT WAYNE — Father Laurence E. Tippmann, former pastor of St. John the Evangelist, St. Joseph and assistant at other parishes of the Diocese of Fort Wayne-South Bend, as well as a judge of the marriage tribunal, died Jan. 3. 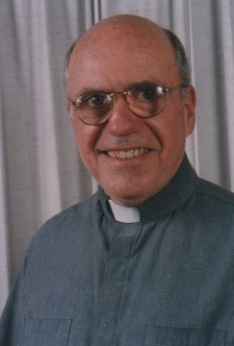 Father Tippmann retired from priestly ministry on July 1, 2001, and had since been a resident of St. Anne Home, Fort Wayne. He was born Aug. 22, 1933, in Gary to Laurence E. and Mary L. (Cross) Tippmann and attended St. Jude School and Central Catholic High School in Fort Wayne, followed by college at St. Gregory and seminary at Mount St. Mary’s, both in Cincinnati, Ohio.

His ordination to the priesthood took place May 31, 1969, at a Mass of ordination celebrated by Bishop Leo A. Pursley at St. Jude Parish, Fort Wayne.

He began serving as chaplain of the St. Vincent de Paul Society, in addition to his duties as assistant, in 1978. The same year, he was appointed an advocate for the Marriage Tribunal. The following year, he became a judge of the Tribunal.

Father Tippmann and Father Jim Wolf were five years ahead of Msgr. William Schooler when the three were in the seminary in Cincinnati, Msgr. Schooler remembered.

The three were friends.

“Father Larry and Father Wolf were part of our priests’ skiing group for many years. While most of us would travel by plane, Father Larry always came with Father Wolf in whatever bus he had been rehabilitating at the time.

“I always enjoyed his sense of humor,” he shared: “After a particularly spectacular fall on the slopes, he argued that a “fist from hell” had grabbed him.”

On July 7, 1980, Father Tippmann was appointed assistant at St. Charles. A year later he assumed the pastorship of St. John the Evangelist Parish, Goshen, and served there until 1987, when he was appointed pastor of St. Joseph Parish, Fort Wayne.