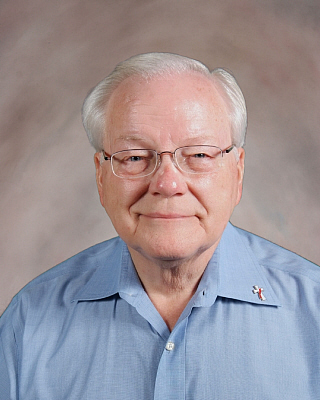 A Mass of Christian Burial will be celebrated for Deacon David Elchert at 10 a.m. Aug. 11 at St. John the Evangelist Parish, Goshen. (File photo)

Diaconal ministry was a vocation to which Deacon Elchert had long aspired, said Donna, in large part because two of his uncles were ordained deacons.

“It’s something he always wanted to do. He wanted to follow in their path,” she said. “He looked up to them.”

When a program of formation for the permanent diaconate was restored in the Diocese of Fort Wayne-South Bend, Deacon Elchert was among the first group of men to be ordained.

At the ordination Mass, Bishop Kevin C. Rhoades told the candidates that the call they had received was “a treasured gift, a gift for the Church in our diocese, a gift that will bear fruit for the exciting mission of the new evangelization here in the Diocese of Fort Wayne-South Bend.”

Deacon Elchert’s devotion to diaconal ministry indeed bore fruit, both for the parish he served and within his own family. Two of the couple’s sons followed him into service to the Church: Deacon Ron Elchert serves in a parish in California, and Deacon Jim Elchert was ordained in November in the Diocese of Columbus, Ohio.

“Dad and Mom both always set a good example of service to the Church throughout our lives,” said Deacon Jim. “They always made sure we had whatever direction and guidance we needed to be brought up properly in the faith.

“Dad’s diaconate journey and service was an inspiration to me in deciding to answer the call,” Deacon Jim shared. “When Dad received the Ministry of Acolyte back in 2010, I remember telling him how proud I was to be his son. He told me how proud he was of me. Even though I had previous inclinations toward the diaconate, it wasn’t until after he was ordained that I decided that the call I was feeling was strong enough that I should begin the inquiry process.”

“One of the first things he taught me was how to pray the Liturgy of the Hours.”

Deacon Jim said he was “very blessed to be vested by both dad and my older brother Ron, with my cousin Frank, also a deacon, present as well. I think I can accurately say that Dad was very instrumental in inspiring all three of us in our journeys toward ordination.”

Deacon Ron also attributes much of the reason he answered the call to the diaconate was because of Deacon Dave’s and Donna’s strong, active faith.

“I have always admired my dad’s dedication and love for God and His Church and that left such a deep imprint on my soul,” he said. “It was always there when I was asking questions and influenced me to a deeper knowledge of my faith. It was because of this that I was even able to hear God’s voice when I received the call,” he said. “To be completely honest, I was afraid to answer it at first, but because of my upbringing, love of God would outweigh my fear and that is what gave me the strength to say yes.”

Father Royce Gregerson, pastor of St. John the Evangelist, said Deacon Elchert was a steady presence at the parish’s Sunday morning Mass. He also coordinated the homebound ministry, trained new lectors and extraordinary ministers of holy Communion, assisted at Benediction of the Blessed Sacrament and in many other ways as well.

“A new parishioner volunteered to serve as a lector, and after attending training with Deacon Dave told me that she had served as a lector in several parishes and had never received such a thorough training in this liturgical ministry,” Father Gregerson recalled. “Deacon Dave wanted to ensure that the lectors didn’t just know how to read well, but that they also had a thorough knowledge of the Scriptures. That’s just one example of how he went above and beyond.

“Shortly after I arrived, Deacon Dave took me to meet the homebound parishioners. You could tell that he had a personal connection with each one of them that was an inspiration to me in loving these treasured members of our community,” he added.

“Deacon Dave will be greatly missed by our community for his humble service and steady presence and the quiet way in which he inspired many people to draw closer to the Lord.”

A U.S. Marine veteran, Deacon Elchert served from 1957-60. He received his bachelor’s degree in 1964 from Tiffin University. He owned and operated Merhow Industries, manufacturing deluxe horse trailers, for 24 years before retiring in January 2013.

He was also a member of the Knights of Columbus since 1991, where he served as a comptroller for eight years, and received his 4th degree in 1995.