On the feast day of St. Gianna Beretta Molla, April 28, another outstanding pro-life woman, Mary Ann Glendon, received the Evangelium Vitae award from the Center of Ethics and Culture of the University of Notre Dame. A dinner and award banquet to honor the distinguished recipient was preceded by a vigil Mass at the Basilica of the Sacred Heart, celebrated by Bishop Kevin C. Rhoades.

The eighth annual award medal is a significant lifetime achievement award for heroes of the pro-life movement, and honors those whose outstanding efforts have served to proclaim the Gospel of Life. Past recipients include the Jerome Lejeune Foundation, the Little Sisters of the Poor, Helen M. Alvare, the Sisters of Life and Richard Doerflinger. Named for the papal encyclical promulgated by Pope John Paul II in 1995, the award’s name is simply “The Gospel of Life” in Latin.

Glendon is currently the Learned Hand Professor of Law at Harvard Law School. She is a staunch pro-life advocate in both her personal and professional life.

Glendon was selected by Pope John Paul II to lead the Vatican’s representation at the United Nations’ World Conference on Women in Beijing in 1995. She also is the former U.S. ambassador to the Holy See and served two terms on the President’s Council on Bioethics.

Originally from Dalton, Massachusetts, she is a loving mother and grandmother, whose family joyfully joined her as she received the award.

Director of the Center of Ethics and Culture Carter Snead said of Glendon: “She personifies the goods at the heart of the Evangelium Vitae Medal. Through her work as a world-class scholar and teacher, a diplomat, a White House bioethics adviser and an official of the Holy See, she has provided a joyful, loving and unwavering witness to the dignity of all persons, born and unborn, as created in the image and likeness of God. She sets the standard for all of us who work to build a culture of life worldwide. There is no one like her.”

He explained how her work consistently echoed the words of “Evangelium Vitae.” “Through her work, Glendon has consistently recognized the decisive role the law plays in influencing patterns of thought and behavior in our society. Thirty years ago, in her seminal work “Abortion and Divorce in Western Law,” Glendon laid bare the truth about America’s abortion jurisprudence: that the United States has the most radically unregulated abortion regime of any developed Western country, while simultaneously offering the fewest protections for mothers and their unborn children. ‘Our law,’ she writes, ‘stresses autonomy, separation, and isolation in the war of all against all,’ leaving exposed the weakest and most vulnerable members of our society. That lack of protection in the law, Glendon argued, has in turn clouded our moral vision, weakening our society’s ability to recognize the dignity of the hidden life in the womb.” 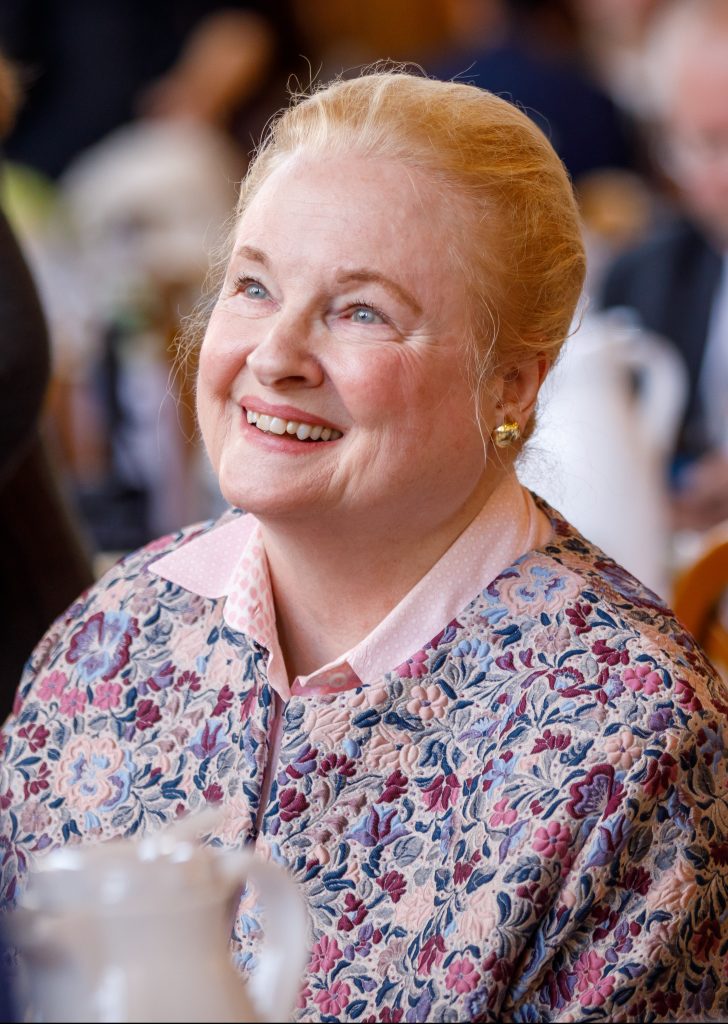 In her acceptance speech, Glendon focused on the diversity and depth of the grassroots pro-life movement in America. She highlighted four other women, her dear friends, who co-founded the Women Affirming Life organization in 1990, recognizing each by name: Francis X. Hogan, “who pours herself out like a libation for the cause of life”; Barbara Thorp, “who has an amazing gift for empathy and counseling and helped to bringing healing to countless women who have had abortions”; Mary Ann Luthin, “who has served the pro-life and pro-poor activist since she was a teenager,” and her husband, Henry; and Sister Christine Salvatore, a religious of the Daughters of St. Paul and media communications specialist. All five were present at the banquet dinner.

By honoring the others, Glendon communicated a message of community — a value that likely stems from her own communion with Christ, as Bishop Rhoades suggested in his homily.

“… By honoring me, you are not just recognizing an individual. You are paying tribute to the rank-and-file of the broadest-based grassroots movement in America — men and women who have made time in their lives to respond in whatever ways they can to the call to help build the culture of life and love,” Glendon explained. “It is no small achievement that Americans have become steadily more pro-life over the years,” she concluded, offering encouragement to the 450 attendees.

The caring and consistent commitment to life demonstrated by Glendon was echoed by Bishop Rhoades in his Vigil Mass homily, preceding the dinner.

“At this Mass in which we celebrate the Gospel of life and the presentation this evening of the Evangelium Vitae Medal, the parable of the vine and the branches reminds us that we’re called to be living branches in the Church and to witness to our faith in a coherent manner. The recipient of this year’s medal witnesses to the faith in a beautiful and consistent way.

“Professor Mary Ann Glendon’s intelligent and courageous witness to the Gospel in her profession and in her generous service of the Church is undoubtedly a fruit of her communion with Jesus. Professor Glendon knows and believes that without Christ we can do nothing. Without Christ, our efforts to promote life would not bear fruit.”

The Gospel reading of John 15:1-18, focused on the metaphor of the vine and branches, highlighting how the faithful’s relationship to God should grow and develop.

The bishop noted that love is the most important fruit and the first of the fruits of the Holy Spirit. The others are joy, peace, patience, kindness, generosity, faithfulness, gentleness and self-control. When we have these fruits in our lives we are building God’s kingdom in the world.”

The bishop explained: “If we’re going to be fruitful branches, we have to admit that we need some pruning. This process of pruning, of purification, can be painful, but it is necessary if we are to bear good fruit. When we become too big for ourselves, too filled with pride, we need to be cut back, to be brought back to the simplicity and poverty of the Lord Himself. It’s only by dying to self (that’s the pruning process) that fruitfulness will endure and renew itself.”

At the end of the homily, Bishop Rhoades entrusted all to the love and prayer of the Blessed Virgin Mary, whom he called “the strongest and most beautiful branch united to the vine.”

“The branch which was Mary did not need to be pruned, since she was without sin. She was full of grace. The sap from the vine, from her Son, ran through every fiber of her being. Let us entrust ourselves and this university to Mary, so that we might be living branches in the Church and bear much good fruit!”