There’s something about Hallmark films that can leave people in a state of longing. Underneath the saccharine sappiness of these flicks is the deep desire to have the kind of love story that ends in the perfect marriage. Every couple wants their perfect ending.

But “no marriage is perfect,” said Janine Brown. And she would know, having been married to her husband Tony for 40 years. For 20 of those years, the Browns have been involved with Worldwide Marriage Encounter. 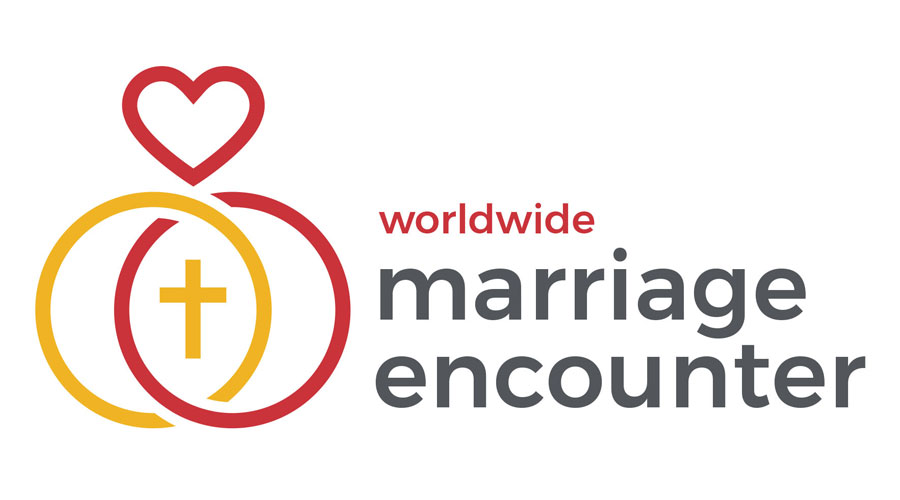 WWME dates back to the 1950s in Spain and was introduced in the U.S. in the late 1960s. Since then, it has spread to 94 countries worldwide. While it is not a specific outreach of the Catholic Church, it is Catholic-based and one of many tools that couples can use to strengthen their marriages. It is certainly not the only tool, but for those who have a good marriage, Janine explained, a Marriage Encounter weekend can make it better.

Both Tony’s and Janine’s parents had attended Marriage Encounter weekends and his mother urged them to go on one not long after they had wed, professing that it had changed her own marriage. But it was on a date night that Janine and Tony discovered that their marriage could benefit from this program. In general, they considered their marriage to be a strong, solid union; one that others looked up to.

After hearing another couple speak at her parish about an upcoming weekend, Janine suggested to Tony that they attend. During the course of that conversation, Tony confessed that he had stopped “blue-skying” with Janine. “He had stopped telling me his hopes and dreams because I generally shut them down by saying ‘we can’t afford it,’” Janine clarified.

For the Browns, Marriage Encounter took their relationship to a whole new level. One of the greatest lessons they learned was how to better communicate and approach any issues in a loving manner.

“I’ll say that it is not magic,” Janine cautioned. “It can be, but that’s your choice. A Marriage Encounter weekend gives you tools to strengthen your marriage. The catch is, you have to take them home and use them. And we did that. And it has changed so much about our lives.”

One great change it brought regarded Tony’s faith life. At the time they attended their weekend, more than 20 years ago, Tony was not Catholic. “We grew up unchurched, and I was interested in her faith mostly because the way she explained it to me was she had a personal relationship with Jesus Christ. That was interesting,” Tony stated.

In a roundabout way, it was Marriage Encounter that helped solidify his journey to the Catholic Church. They became involved in Marriage Encounter and spent time with a group of others in the ministry. Seeing the faith of the men in the group greatly impressed him. It was after a Christmas party with their Marriage Encounter group that Tony had a spiritual awakening. He accompanied Janine to one of the last Advent penance services before Christmas, initially only because he needed her to take him up to nearby Garrett to pick up his truck, and St. Vincent de Paul Parish was on the way.

“Somewhere during that penance service, something changed. After that, he started going to church with us every week,” Janine said. Finally, she asked if he was ever going to join the RCIA program, which he did. The Browns met on November 22, married on December 22 of the following year, and – not by coincidence – Tony was baptized on April 22. His chosen sponsor was one of the men from their Marriage Encounter group.

Once Tony became Catholic, he and Janine were able to become presenters for the ministry, which they have done in various locations around the Diocese of Fort Wayne-South Bend, though mostly in Ohio.

Generally, a Marriage Encounter weekend is considered residential, meaning couples stay overnight in a hotel or retreat center, and it lasts from Friday evening to Sunday afternoon. Parish-based or non-residential weekends have gained in popularity, where couples go to a local parish and come home in the evening. All of the events are condensed into a two-day retreat. There are even some virtual weekends, though the Browns have not seen those work as successfully.

Couples learn about themselves as well as about their spouses, because of how hard it is to connect with another person when one does not truly understand him – or herself. Much of what is included in a Marriage Encounter weekend, Tony said, is “nothing that’s earth-shaking, really, I think they just try to get you back to when you were newlyweds, because that was a unique and moving and loving and discovering kind of time. … Then you get married and all the other stuff distracts you from that.”

Married couples often get lost in the hectic chaos of day-to-day living and sometimes forget that the best thing they can do for their children is solidify their relationship, Janine explained. She would say that those couples who say they are too busy for a weekend are the ones most in need of it.

“We’ve been presenting for a long time now and we’ve witnessed amazing things,” she remarked.

Even priests can benefit from a Marriage Encounter weekend, the Browns believe. For one, just like laypeople, priests also lead incredibly busy lives. Also, when his parish hosts a WWME weekend, the pastor can better get to know his flock outside of parish events in a relaxed and intimate setting, and see their relationships in action. The WWME website even has a link for priests, which says: “married couples and priests enrich, support and learn from each other at all stages of life.”

Part of the success of WWME is that the weekend is not the end of the journey, but the beginning. Their website has resources for participants to stay connected to others and the organization after their weekend. Participants are also encouraged to join a sharing group to continue growing in love for God and each other. “It’s really hard to make a lifestyle change all by yourself. And it’s just not as much fun,” Tony stated.

When the pandemic forced nearly everyone to take on some kind of project, Janine decided to prove to their grandchildren that Tony is still romantic after all their years of marriage by writing out their love story. And she didn’t shy away from including some of the hard stuff, either.

Throughout those many years of experience, Tony and Janine have learned to put the other person first, as Janine said, “In any relationship … if you’re not willing to sacrifice self sometimes for the good of the other person, you don’t really have a relationship.”

In the early 1980s, a group of married couples in Baton Rouge, Louisiana encouraged community leaders to set a day to celebrate marriage. In 1983, the second Sunday of February became World Marriage Day in numerous U.S. states, on military bases and in several other nations. Pope John Paul II imparted apostolic blessings upon it that same year. WWME recognizes the date yearly and sees celebrations of the day growing and spreading throughout the world. The theme that WWME has adopted for World Marriage Day is “Love One Another,” the commandment that Jesus gave to His disciples.

Father, as we prepare for World Marriage Day, we thank you for your tremendous gift of the Sacrament of Marriage. Help us to witness to its glory by a life of growing intimacy. Teach us the beauty of forgiveness so we may become more and more one in heart, mind, and body. Strengthen our dialogue and help us become living signs of your love. Make us grow more in love with the Church so we may renew the Body of Christ. Make us a sign of unity in the name of Jesus, our Lord and Brother. Amen.  – Father Bill Dilgen, SMM