“The Eucharist is my favorite part of the Catholic faith. It is like having a taste of heaven every day,” said Don Craighead. His wife, Kay, agreed. “The best part of any Mass is receiving the Eucharist.”

In their strong marriage, the Fort Wayne residents remember to keep Christ the King above all else. The Craigheads celebrated their 50th wedding anniversary by renewing their vows at a Mass with Bishop Kevin C. Rhoades in September at the Cathedral of the Immaculate Conception. Making it a triple-milestone day, both of their children also renewed their wedding vows with their spouses at the same Mass, in commemoration of 25 years of marriage. 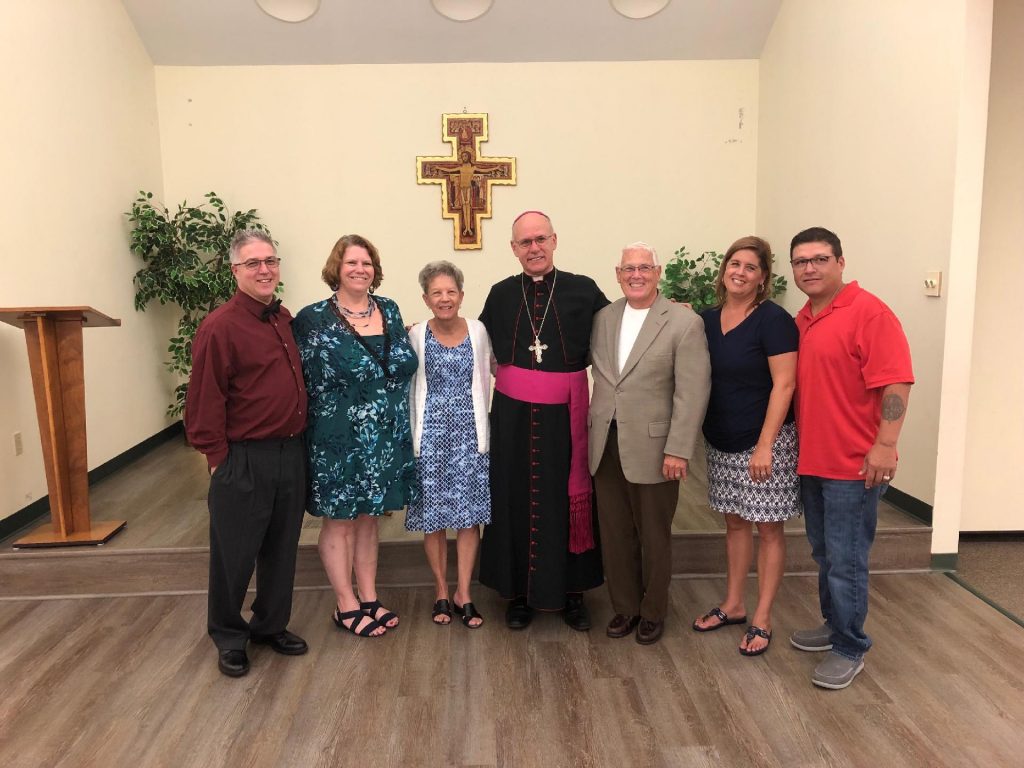 Their relationship began at a lake but developed more during high school in 1965. Don and Kay Craighead fell in love.

“Don was in the military, and we spoke every week on the telephone. The proposal took place during a telephone call,” Kay said. The two married after a yearlong engagement and started their family in 1971 with the birth of their first child, Rob. The year 1974 brought another miracle, the birth of their daughter, Melissa.

Strong and healthy marriages are a part of Don and Kay’s children’s lives as well. Rob met his future wife, Kim, at Purdue University Fort Wayne, then known as Indiana University-Purdue University Fort Wayne, and the two then started a family of three boys: Conner, Logan and Camden. They also have a grandson, Archer. Their wedding was May 14, 1994. Melissa met her future husband, Gumesindo, at North Side High School. They too started a family, consisting of three children: Gabriella, Gina and Gavin. Their wedding date is Dec. 3, 1994. Don and Kay were married on April 19, 1969.

Recounting the actual day of their marriage, Don said he remembers liking the opportunity to spend time with Kay all that day. Kay said she really enjoyed celebrating with their friends and family. “Our Mass, shared with each other and God, was the perfect union that I had always craved,” said Don.

The anniversary Mass they attended with Bishop Rhoades, and where the two renewed their vows, was especially important for both Don and Kay. “Personally, I felt that the vow renewal was a private moment,” said Kay. She enjoyed the bishop’s sermon, as did Don. He also recalls appreciating the Gospel reading, as well as the bishop’s words of blessing. 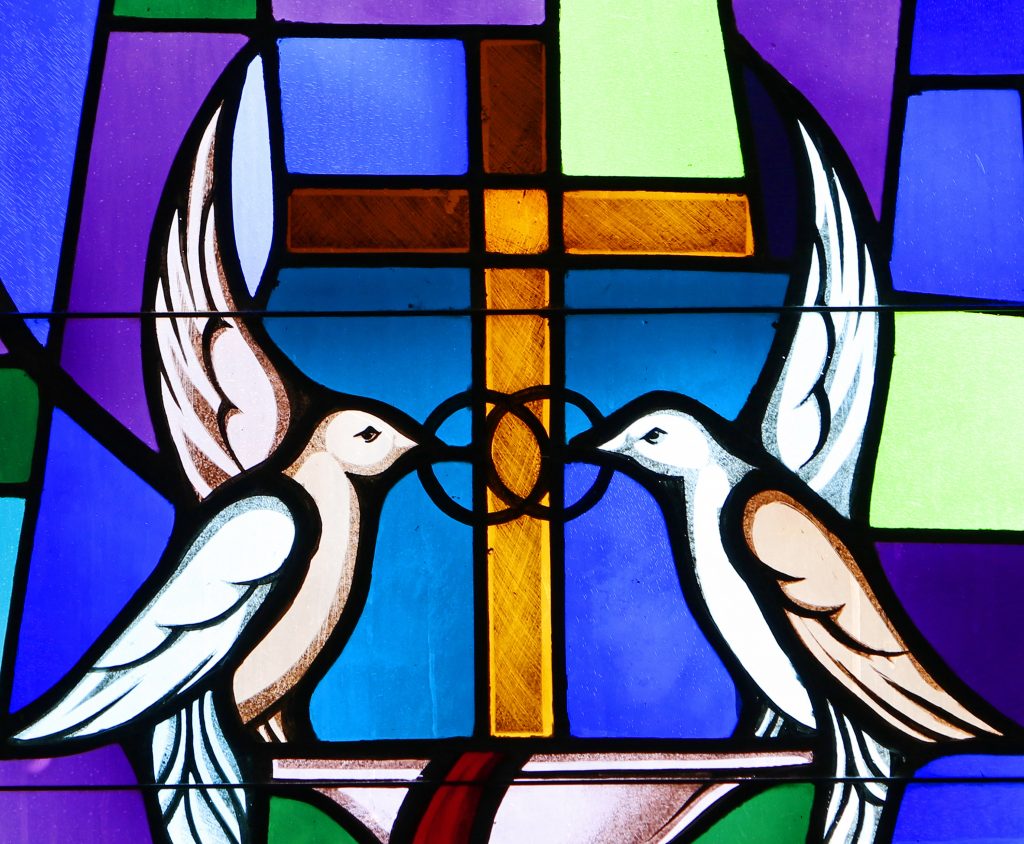 CNS photo/Gregory A. Shemitz
Doves and interlocking wedding bands symbolizing the sacrament of marriage are depicted in a stained-glass window at Sts. Cyril & Methodius Church in Deer Park, N.Y. Last year, Pope Francis released a document that said to discern a vocation, people have to realize it’s a calling from a friend, Jesus. The document, “Christus Vivit” (“Christ Lives”), was the pope’s reflection on the Synod of Bishops on young people, the faith and vocational discernment.

Their faith has impacted Don and Kay’s family in other ways. “Seeing the Catholic faith in the examples of my parents loving each other, God instilled in me the desire to have that relationship,” recounted Don. “I prayed that God would send me a woman to help me [in] that quest. I thank God every day that He answered my prayer. We also pray for our children every day, that their relationship [with] God continues to grow deeper and closer with Him.”

Don also said his and Kay’s faith has brought them closer to each other and let them accept each other as God does, unconditionally. It has also shaped the lives of the children. “Our children’s Catholic faith has helped them more than [once] to rise to the challenges that they have faced in their lifetime.”

“The Catholic faith has given us a … strong feeling of knowing that no matter what, God is there to depend on and direct you. Faith has been a foundation for our marriage because it taught us that marriage is a total commitment — not temporary — and it involves the husband, wife and God,” said Kay.

After 50 years, the two spouses have marriage advice to give.

Don said to remember that “In God we trust, all others pay cash,” and to keep a sense of humor during the trying times. Kay said couples should talk to each other and respect each other. “God should be the center of all your decisions.” Practically, she noted that she also advised her daughter after she was married to “engrave the date on the inside of your husband’s wedding ring.”

In the words of a grateful married man, Don declared: “I’d do it all over again in a heartbeat.”