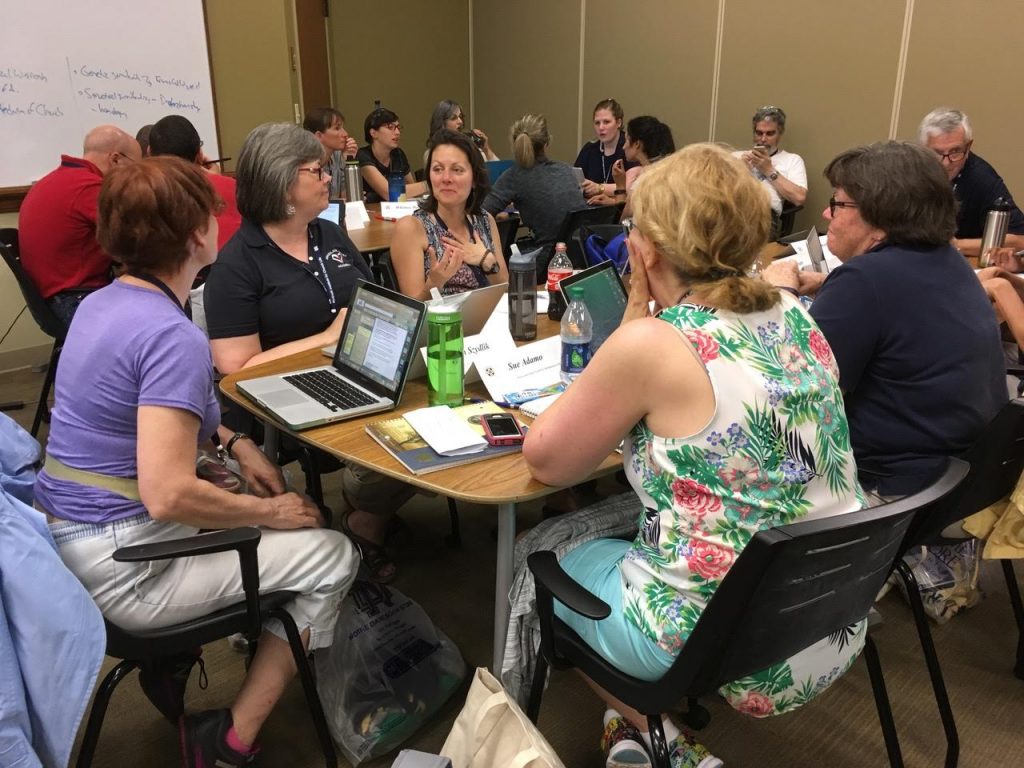 Besides hearing from scholars in religion and the sciences, teachers from high schools around the country who participated in this year’s Science and Religion Initiative Foundations Seminars gathered to design innovative lesson plans that will help students see the interface between subjects they might have thought had nothing in common.

Several teachers from Marian High School in Mishawaka and Saint Joseph High School in South Bend recently participated in the Science and Religion Seminars, an initiative of the University of Notre Dame’s McGrath Institute for Church Life.

A team of four educators from Marian and a separate group from Saint Joseph attended an introductory seminar and a follow-up conference, respectively, exploring the interface of science and religion on the Notre Dame campus in June.

Marian principal Dr. Mark Kirzeder, along with faculty members Mary Ann Hinora, Lauren Meyers and Eduardo Siguenza, represented the Diocese of Fort Wayne-South Bend at the weeklong Foundation seminar. Because faculty members from Marian and Saint Joseph had participated in that program previously, the schools selected teachers for a follow-up, the in-depth Capstone Seminar. 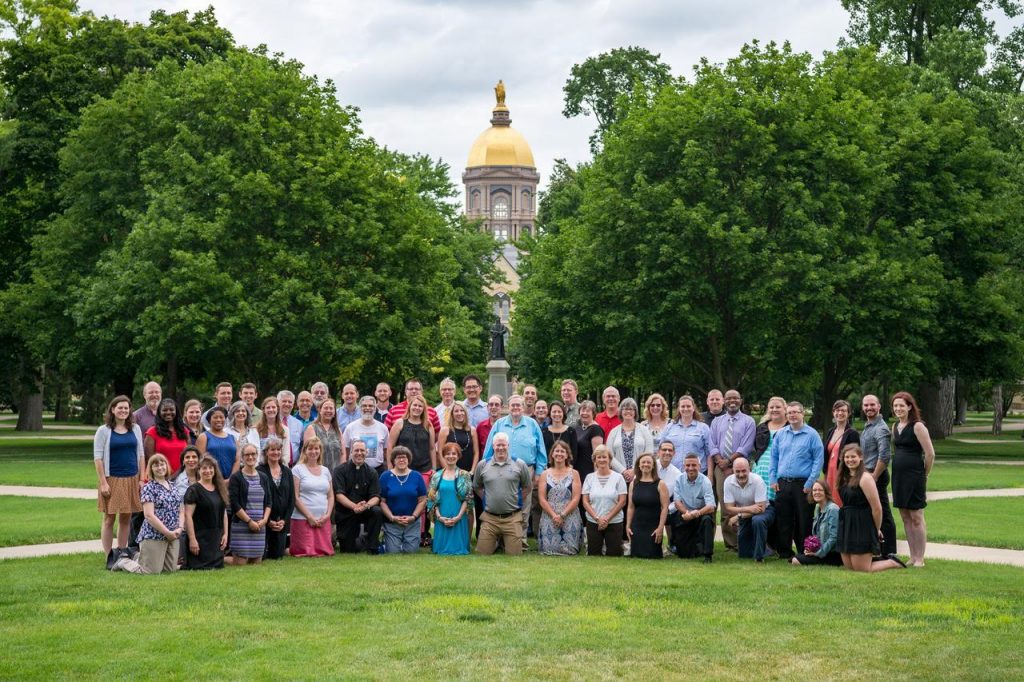 In lectures and workshops, the representatives worked with leading researchers – including Brother Guy Consolmagno, SJ, director of the Vatican Observatory – and other educators selected for the introductory sessions from 25 Catholic high schools across the nation. They collaborated on innovative plans to explore with students the dialogue connecting science and religion courses. 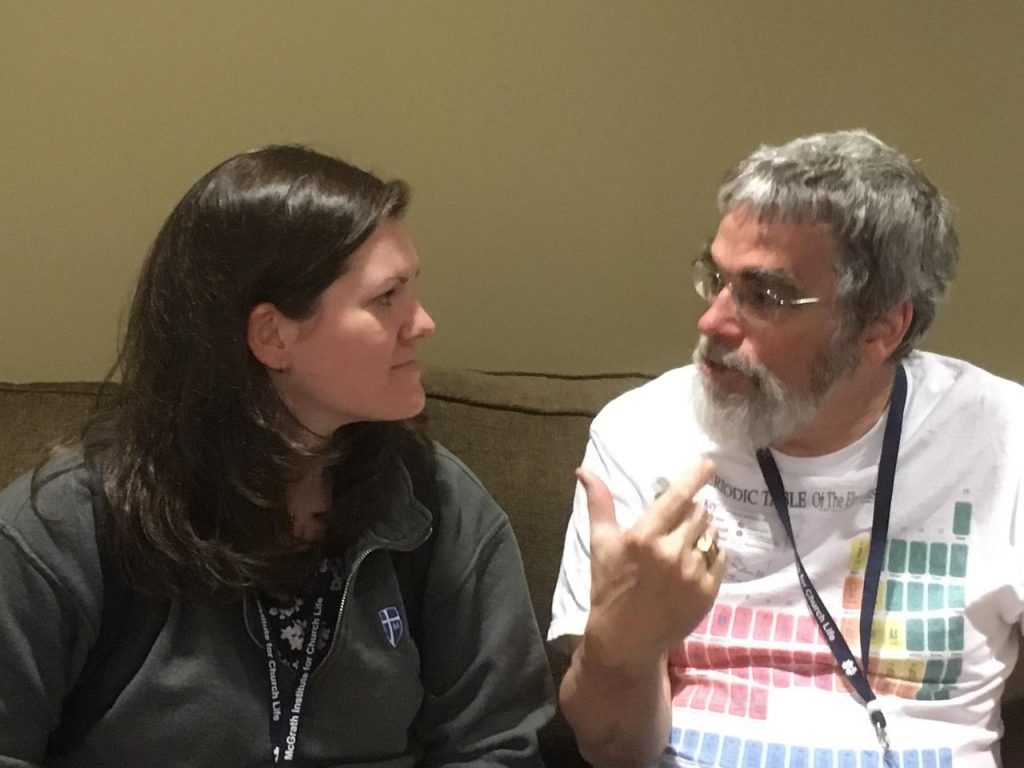 The initiative assists schools in expanding the coordination among teachers and principals. Selected from about 120 Catholic schools that applied for this summer’s Foundations Seminar, the Marian team, led by Kirzeder, joined with other participants to better understand the coherent pursuit of truth that spans different high school subjects, the leaders of the initiative said.

Twin sessions of the Foundations Seminar, one held on the Notre Dame campus and one in New Orleans, prepared educators to return to their schools this fall as advocates among their colleagues, ready to implement new lesson plans.

“Our resources help to produce effective plans that nourish the Catholic imagination and allow science and religion teachers alike to feel comfortable in their own skin,” said the McGrath Institute’s Bellm.
Participants from Marian and Saint Joseph heard experts in biology, chemistry, physics and theology shed new light on the compatibility of modern science and the Catholic faith.

The Capstone Seminar allowed teachers from the two schools and other alumni of the Science and Religion Initiative to focus on issues in quantum physics.

“Our school is incredibly blessed to have teachers who view what they do in their classrooms as a vocation, and not just a job,” said Kirzeder. “Their commitment of time and energy in attending this seminar truly illustrates how they are striving to serve the Church by working toward an authentic integration of science and religion.”

The McGrath Institute is now accepting Catholic high schools’ applications for the 2018 Foundations Seminars, as well as inquiries about Capstone Seminars and Institute Days. Go to http://icl.nd.edu/seminar2018 for information.