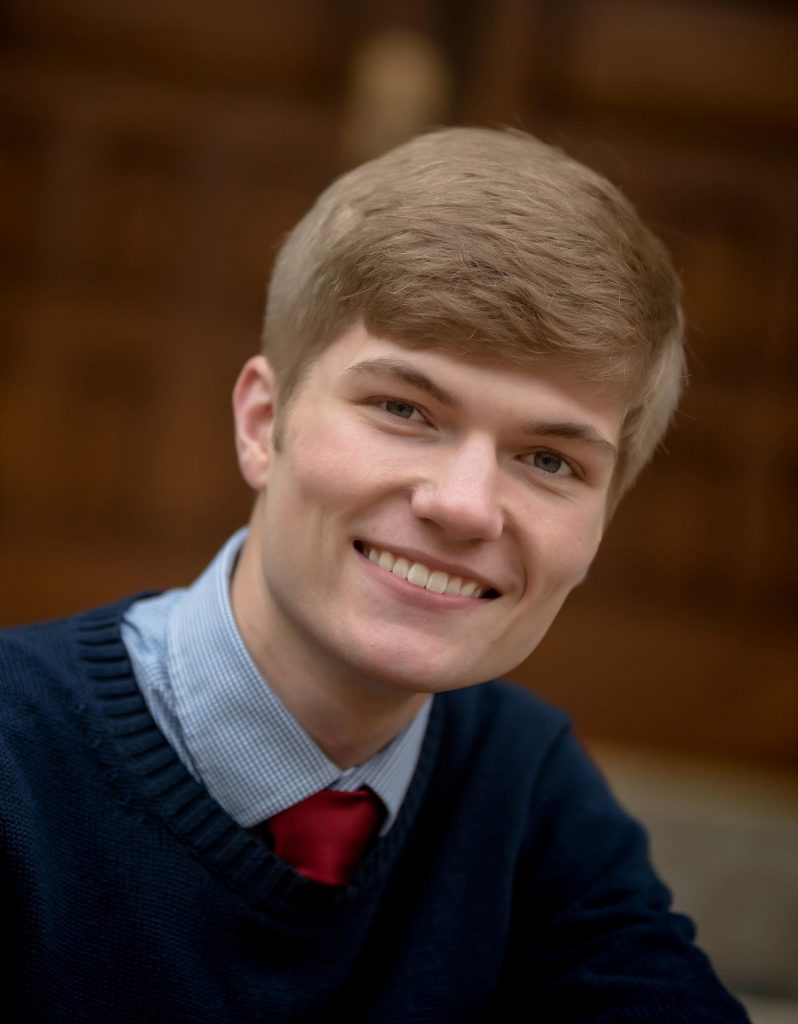 Attending Marian High School in Mishawaka helped teach salutatorian Matthew Mielke what it means for there to be one community of Christians on earth.

“It has also prompted growth within me to look for similarities and what unites all Christians. It is as Christ says in the Gospel of John, 17:21, ‘that they may all be one, just as you, Father, are in me, and I in you, that they also may be in us, so that the world may believe that you have sent me,’” he said.

A member of Trinity Lutheran Church, Elkhart, and a graduate of Trinity Lutheran School, Mielke’s Christian faith has been impacted during his time at Marian by the fact that he was surrounded by people of faith, which helped him to grow as a practicing Lutheran.

“I have found many similarities between Catholics and Lutherans in my time in high school, and I have been able to promote discussion with peers and teachers about similarities and differences, as well as growth in myself and those I entered into theological dialogue with. I found it to be an enriching experience talking to those people of a different faith tradition than mine,” he shared. It also allowed him to meet individuals who helped him find Christ in the virtues of different traditions, Mielke added.

During all four years of his high school career at Marian, Mielke was part of the Knights for Life club and attended the March for Life in Washington, D.C. The theater also attracted him: He participated in shows and was a member of a local acting group. In Student Council he served as class secretary his sophomore year and as class president the last two years.

At church he serves as an acolyte, eucharistic minister and a prompter of the screens used during worship services.

Mielke enjoys academic discussions of theology, literature and history, he said, but he also likes to loosen up with friends and play sports and games. He has worked at Chick-fil-A at University Park Mall for about a year.

The time he spent with friends in Marian theatre productions are among the most treasured memories Mielke will take from high school. Another favorite would be the time spent with his two closest friends, Joseph Rice and Rosa Trippel. “Specifically, some of my most dear memories are on the March for Life with them, where I became friends with them both,” he remembered.

Mielke’s GPA of 4.653 places him second in the 2020 Marian High School graduating class. He plans to attend Hillsdale College in fall to study history and English as a double major, “assuming I have the ability to take on that much paper-writing,” he joked. He would like to achieve a doctorate in one or both fields or possibly pursue graduate schooling for archaeology.