Sometimes a story comes along that touches the heart and begs to be shared. So it was with Suzanne Letherman, Granger, whose husband, Pete, is a varsity Panther football team coach and whose son, Andrew, is a quarterback on the team. The team is comprised of players from St. Pius X Parish, Granger, and St. Anthony and St. Joseph parishes in South Bend who compete in Inter-City Catholic League games in the fall.

The Panthers are more than an excellent team, a team that has taken the championship three years in a row. The players and their coaches have formed a bond.

“From the grueling conditioning and workouts they have endured, to the Saturday morning walk-throughs with doughnuts and chocolate milk, these young men have learned more than just the game of football,” said Suzanne. “Not only did they come together to achieve a common goal on the gridiron, their connection goes all the way to the heart.”

This season was particularly hard one for Pete, the receivers and defensive-backs coach, and Andrew.

“Pete’s brother Rob became ill halfway through the season and was hospitalized for an extended period,” said Suzanne. Unfortunately, Rob passed away just days before the championship game.

“Preparing for that game was a great distraction for both Pete and Andrew, while funeral arrangements were being made. Who would have known how much the game of football could help a broken heart?”

Rob was an avid football fan who had played ICCL football while at St. Thomas the Apostle School in Elkhart. He also played football in high school, at Marmion Academy in Aurora, Illinois, and was a student athletic trainer for the University of Notre Dame football team during college. He came to some of Andrew’s games.

“The day after winning the championship, Rob’s viewing was held in Elkhart,” said Suzanne. “I drove to the funeral home and as I was turning into the parking lot, my eyes filled with tears. In the parking lot was a gathering of Panther players and coaches. The boys all dressed in their game jerseys coming to pay their respect and support my husband and son at this difficult time in their lives.

“I think that Rob looking down would have appreciated the team being there for Pete and Andrew. He thoroughly enjoyed the game of football as a player and a fan.”

The team does not know how much that meant to the family, said Suzanne.

“It is the incredible leadership these boys have received from their coaches, who are amazing role models, teaching them more than just a game of football. They teach them leadership, determination, the importance of academics and what it means to be a good teammate. These are all lessons that will benefit the boys throughout their entire lives.” 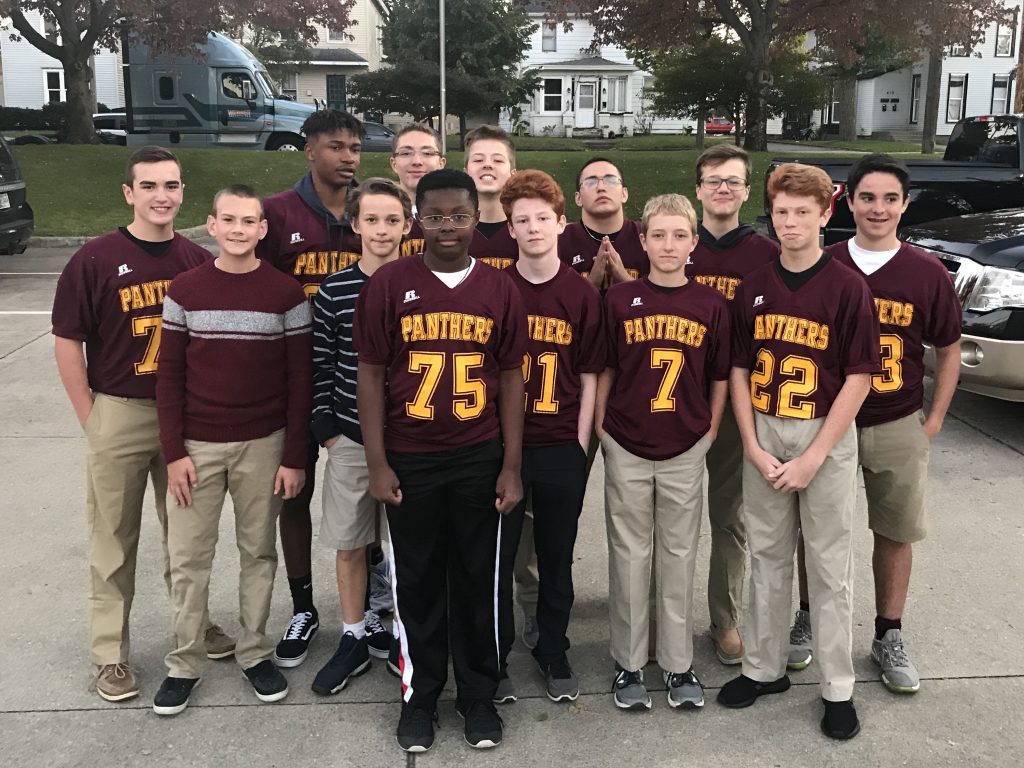 The day after winning the ICCL varsity championship this fall, the Panthers football team surprised teammate Andrew Letherman and his father, Panthers coach Pete Letherman, by accompanying them at a viewing for Pete’s brother, Rob. Several of the boys, the eighth-graders, have been playing ICCL football together since fifth grade.