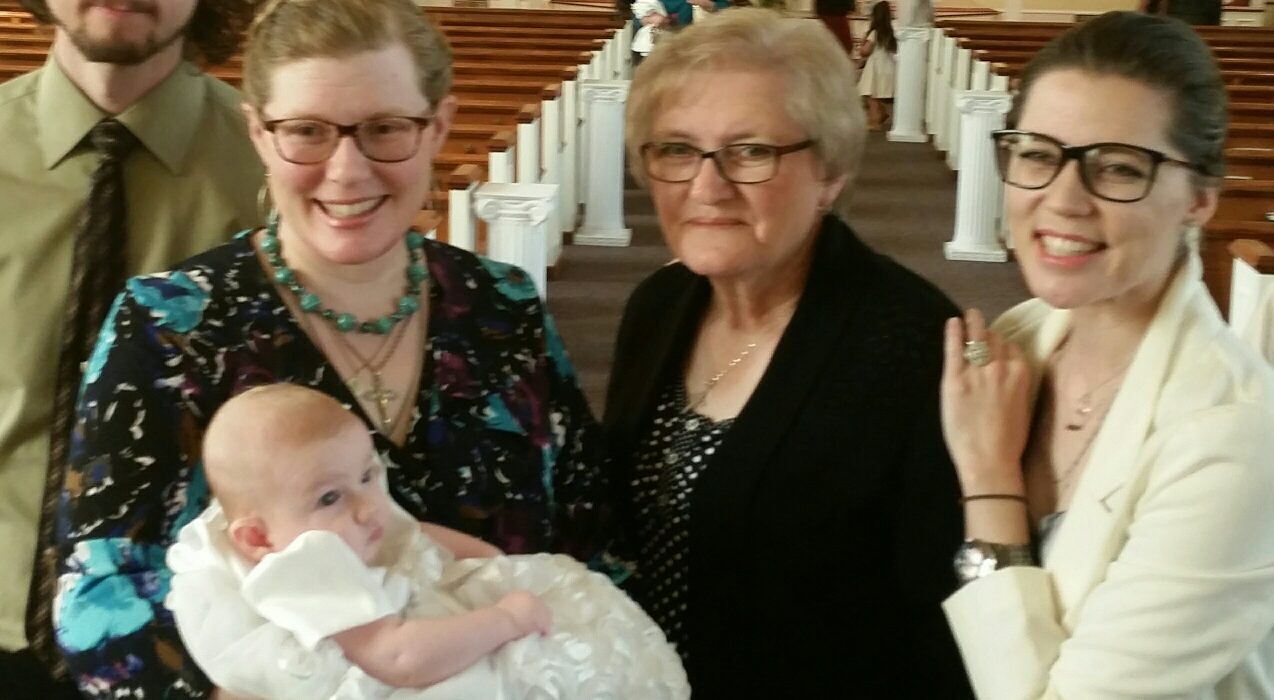 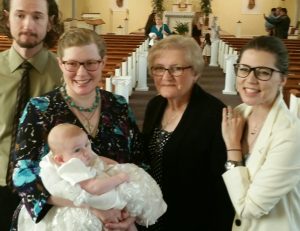 Grief is multifaceted and often complex. The depth of suffering from loss ranges widely for everyone, but this deep-seated pain is often accompanied by difficult and intense emotions. One’s spiritual experience of grief mingles intricately with the emotional and physiological aspects of moving from what once was to what is no more.

Miscarriage is one such subtype of grief that renders a couple full of emotions, few of which are easily articulated or shared with others. The loss incurred from miscarriage is often a hidden cross, because many times the children lost were so tiny that no body was recovered or buried for closure.

Men and women also process their grief pertaining to miscarriage quite differently, which can put an unwelcome strain on a marriage. But for both, there is a weight always dangling in the air, never able to be grasped: the loss of that presence of a child or children who were never born to earth, who never could run through the home or giggle and play.

The mystery of this type of suffering has not been lost upon Noah and Ruth Smucker of St. John the Evangelist Parish, Goshen, who converted to Catholicism from the Mennonite faith in 2007. Only a couple of years after they were married, they experienced what they call an “unofficial” miscarriage, because it was too early to be certain that they had lost a baby. Yet throughout the subsequent 11 years, they lost a confirmed six babies to miscarriage, and possibly more.

The Smuckers soon learned that multiple miscarriages would yield unprecedented grief in their lives, grief at times too much to bear. “Truthfully, I didn’t take the time to deal with the first miscarriage,” Noah admits. “Emotionally and spiritually, I don’t know how I was doing exactly, but I saw the trauma it was causing Ruth and I was very concerned about that.”

Ruth struggles with wondering about the children who might have been born to earth. “There’s a certain emptiness,” she shared, “because I don’t know what happened in the beginning.” She and Noah decided to quickly try for another baby, because then they wouldn’t have to face the pain of their first loss.

After their second miscarriage — the one they call their first “official” miscarriage, because it was verified by a pregnancy test — Ruth said, “It changed everything. I knew nothing would ever be the same. It was a huge turning point in our lives.”

The pattern continued after a rocky period of time in which Ruth tried to uncover her fertility issues by way of medical care. But the pattern of miscarriages continued. Over the course of five years, the Smuckers lost up to possibly seven more babies. “I was pretty hopeless,” Ruth confessed. “My health deteriorated in all sorts of ways. But through the encouragement of good friends, I got help.”

Ruth said her emotional and spiritual health also suffered tremendously during this time, because “the grief was unbearable.” Noah added, “As we continued to have more miscarriages, I felt as though they turned into a sort of mystery that I would just never be able to understand. I was afraid of obsessing about them, but at the same time I didn’t want to rush the grieving process.”

Throughout their fertility journey, the Smuckers were also still transitioning from their Mennonite faith to Catholicism. They claim the Catholic Church’s teaching against contraception and in favor of natural family planning was a refreshing and welcome insight into their recurrent losses of babies. “Our hope was restored,” said Ruth.

The Smuckers said that opening themselves up to life time after time was an incredible difficulty. They didn’t want to revert to the “contraceptive mentality” they had in the early years of their marriage, yet they couldn’t face the possibility of losing even more children — especially without adequately managing their suffering and health.

“The grief was burning what we had grown in our marriage,” Ruth explained. “It was putting to death what we had already begun. It was that all-consuming.” Yet they courageously opened themselves up to the possibility of another pregnancy in 2016, discerning that God was asking them to trust him and live in the state of their parental vocation.

After discovering that she was pregnant again, Ruth was terrified. “I truly felt I had post-traumatic stress disorder,” she said. There were times when she would just wait to lose the baby.

Except this time, she didn’t. “I was about 12 weeks along but hadn’t yet taken a pregnancy test,” she shares. “Once I took the test and saw a positive result, I couldn’t believe it. Would we be looking at a later miscarriage, potential stillbirth, or a live baby? I’d never made it that far in any of my other pregnancies.”

Around 16 weeks’ gestation, Noah and Ruth saw their baby daughter on the ultrasound screen. It was then they realized the possibility of preparing for a live birth. “I was flabbergasted by what God was doing,” Ruth said. Noah added, “I know that the Bible speaks of the Lord completing the good work that has begun in you. Having Regina was the next step — a continuation of the good work that had begun with the earlier children we’d conceived and lost.”

This year the couple welcomed their first live baby, Regina Anne: but their family will also always consist of the children who have already gone home to heaven.

Today, Regina Anne is 5 months old. The Smuckers say their grief is not gone, just changed. “There’s been a mingling of grief and joy with Regina’s birth,” Ruth explained. “This grief is different than with the miscarriages. Where there was darkness before, now there is this beautiful ray of light that coincides with the reality that Regina won’t know her siblings this side of heaven. But that joy gives light to the darkness.”