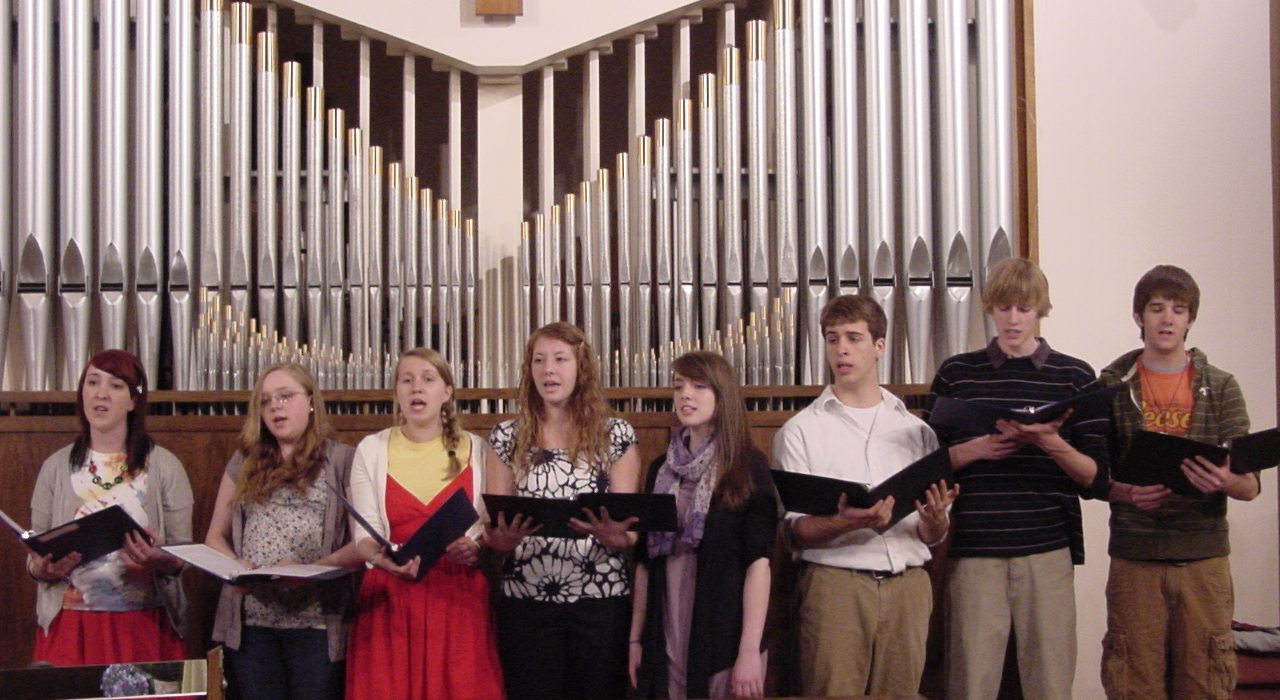 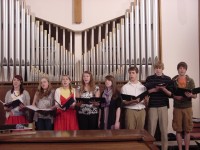 This Sunday, May 22, members of Mishawaka Antioch Youth with singers from Marian High School will present a special concert, A Festival of Praise in Honor of the Beatification of Pope John Paul II, at 7 p.m. at St. Bavo Church. St. Bavo’s Joe Higgenbotham, who organized the event, will conduct.

“There are 12 short readings from the writings of the pope,” Higgenbotham said. “Each will be followed by a brief reflection by Father Bob Lengerich, parochial vicar at St. Pius X in Granger. A song will then be presented by the choir or a soloist.”

The readings were selected by Joe Bagiackas of South Bend and St. Bavo Pastoral Associate Gus Zuehlke. Bagiackas, who has a doctorate in theology from the Catholic University of America, has published the “Lay Person’s Guide” series.

“These are summations that were written for lay people to help them better appreciate the papal teachings,” Higgenbotham said. “Joe and Gus came up with 12 themes (with short readings) which they felt were emphasized in his pontificate.

“I then tried to come up with music that would match the theme. Of course, Father Lengerich will tie in his reflection with the theme.”
Higgenbotham says the concert will have a variety of liturgical music, from traditional to contemporary.

There is no doubt that the Blessed John Paul II will be pleased with the event; he held a special place in his heart for artists. In his “Letter to Artists,” as extracted by EWTN in a Vatican Update in 1999, the pope wrote that “the faith of countless believers has been nourished by melodies flowing from the hearts of other believers, either introduced into the liturgy or used as an aid to dignified worship.

“In song faith is experienced as vibrant joy, love and confident expectation of the saving intervention of God,” Higgenbotham said.

The concert, which features so many beautiful young voices, is an appropriate response to the gift of John Paul II, Higgenbotham said as he shared his family’s reflection.
“He was a saint for our times; a great gift from God for the whole world,” he said. “He spoke to so many areas that we needed to hear about. He conveyed the truth courageously and was an example of Christ to all.

“He always upheld the dignity and sanctity of human life and he modeled to the whole world through his own suffering the value of human life, even up to one’s last moments on earth.
“He was a great light.”
The concert is free and open to the public.